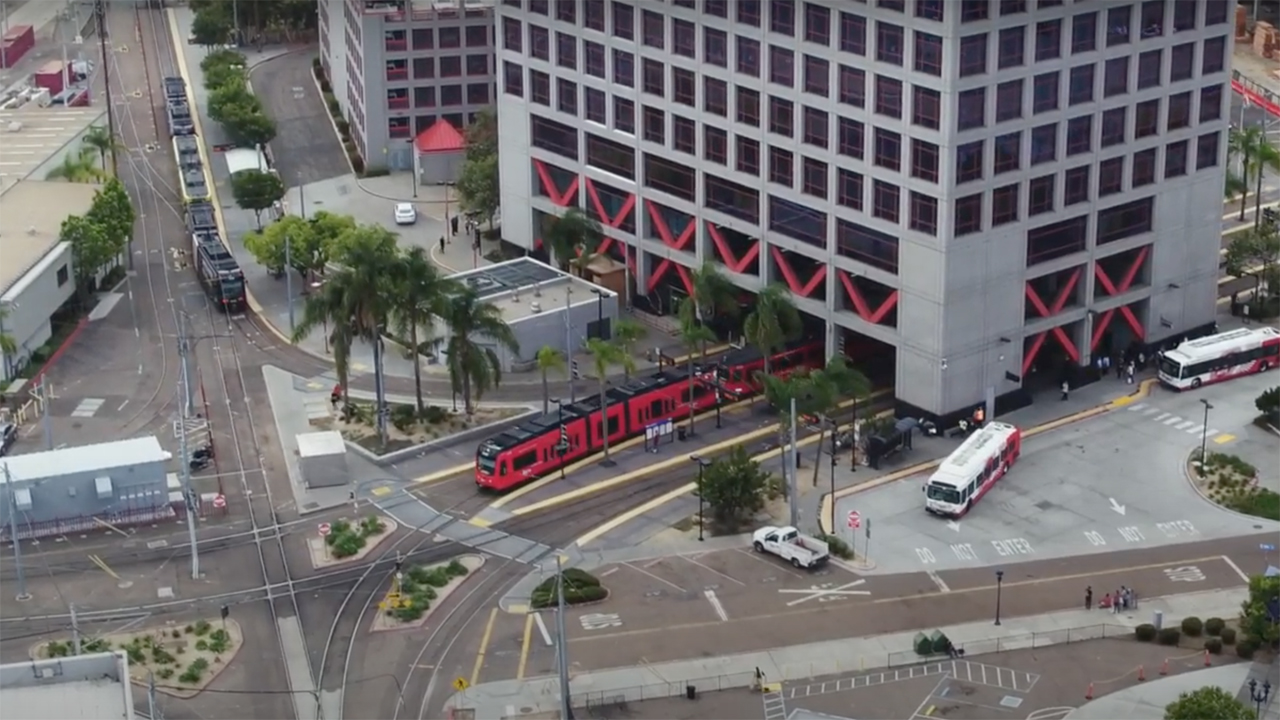 MTS is allocating $28.5 million for new SD100 LRVs as part of the FY22 capital improvement program.

The LRV funds will be added to $109 million in previous funding for Siemens SD100 fleet replacement. By 2025, 47 LRVs will need to be replaced at an estimated cost of more than $216 million, according to MTS.

The agency operates three trolley lines (see map below) and 95 bus routes across 10 cities and unincorporated areas of San Diego County, Calif. Frequencies and spans have been restored to near-pre-COVID-19 levels, according to MTS.

Among the other capital improvement program allocations:

• $15.6 million for 11 60-foot zero-emission buses for the Iris Rapid project, which will run between Otay Mesa and Imperial Beach.

• $12.1 million for design and station infrastructure and overhead charging for Iris Rapid.

• $3.3 million for the new Pronto fare collection system, which will roll out this summer. Pronto is a regional account-based fare system for MTS and North County Transit District (NCTD). This funding is in addition to the $26 million previously funded for the replacement of the current Compass fare system.

“The MTS CIP [capital improvement program] is an important road map for planning and funding assets for San Diego’s transit system,” MTS CEO Sharon Cooney said. “And having $125 million to allocate in CIP funds is very healthy for an agency our size. This includes new Trolleys and buses, advancing our zero-emission bus transition, fully funding our new fare collection system, and more. MTS is committed to providing the best rider experience possible and the CIP helps us achieve this goal.”