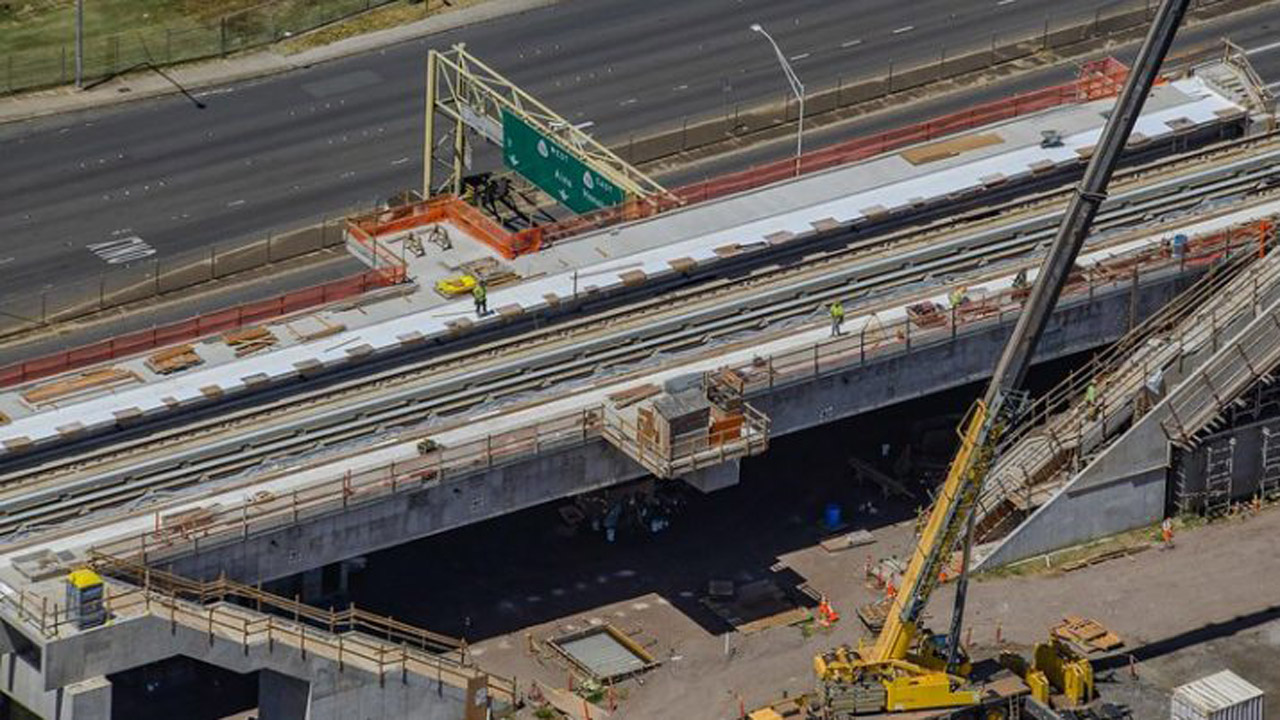 As part of President Joe Biden’s $1.9 trillion COVID-19 relief package, $70 million was included for the HART light rail project “to help make up for lost tax revenue.” The project is about a decade behind schedule. (HART)

In a letter, Honolulu Mayor Rick Blangiardi has called on U.S. Sen. Brian Schatz (D-Hawaii) and three other members of Hawaii’s federal delegation “to lobby for an additional $800 million for rail to help build the final four miles [of the city’s light rail line] from Middle Street to Ala Moana Center,” the Honolulu Civil Beat reported.

The Honolulu Authority for Rapid Transportation’s (HART) $12.4 billion, 20-mile light rail project is nearly 150% more expensive than originally projected and 10 years behind schedule, according to the Honolulu Civil Beat. Among its most recent problems: “a mistake in which the wheels installed on the [LRVs] were too narrow for portions of the track,” the paper reported.

“[S]lip-ups, delays and cost overruns have added up over the years to the point where the FTA has refused to give Honolulu $744 million in grant funding until the city outlines a reasonable plan for how to proceed,” according to the paper. (The Federal Transit Administration signed a federal funding agreement on Dec. 19, 2012 to provide Honolulu with $1.55 billion to build Hawaii’s first-ever rail transit system.)

Mayor Blangiardi’s letter was also signed by City Council Chairman Tommy Waters and HART interim Executive Director Lori Kahikina, who recently began “the task of trying to restore trust and revamp rail’s image in the community,” the paper said. She has cut nearly half the HART staffers who had been working on the project to help “start filling a $4 billion budget gap.”

While Blangiardi did not agree to speak with Honolulu Civil Beat, HART spokesman Joey Manahan told the paper: “We understand the perceptions of the project right now, and we understand there are challenges with the [$800 million] ask. But we also want to show our stakeholders here, especially the state Legislature and the City Council who are also paying for the project, that we are making this effort and that we are exhausting all possibilities and funding opportunities. We’re leaving no stone unturned.”

Even if all $800 million doesn’t come to pass, any size appropriation would give “us a lot of hope,” the spokesman told the Honolulu Civil Beat.

Sen. Schatz, who sits on the Appropriations Committee, has had “preliminary discussions with [U.S. Department of Transportation Secretary Pete] Buttigieg about rail and has talked to him about his own anxieties and worrying that the project will become a ‘stranded asset’ should it not be completed all the way to Ala Moana,” the Honolulu Civil Beat reported. “[Buttigieg] acknowledged that’s a real risk,” Schatz told the paper.

“I’m going to try as hard as I can to make sure this project gets completed, but the first step toward success is to diminish the credibility gap and the trust gap we have with the federal government and with the public,” Schatz told the Honolulu Civil Beat. “That starts with telling the truth and not just asking people if they’ve got a spare billion.”

As part of President Joe Biden’s $1.9 trillion COVID-19 relief package, $70 million was included for the HART project “to help make up for lost tax revenue,” according to the paper.