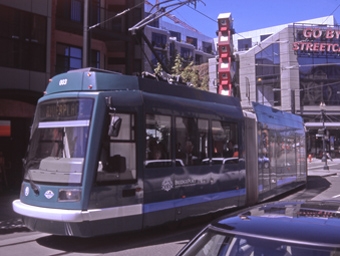 Rhode Island Public Transit Authority, which approved the streetcar plan in 2012, is the lead agency in the application. RIPTA is seeking $29 million, or roughly 25% of the project’s estimated cost, in hopes that the lower percentage requested might sway the Federal Transit Administration to look more favorably on the project. RIPTA last year sought a TIGER grant of $39 million.

Other funding would come from Tax Increment Financing bonds, covering roughly 56% of costs, and state contributions, including funding from the federal Congestion Mitigation and Air Quality (CMAQ) program.

The streetcar would reduce car traffic downtown for people making short commutes during the day and is intended to be part of “multi modal” system in conjunction with walking and bikes, Amy Pettine, RIPTA’s current planning director, said when describing the streetcar’s utility in 2012. “Streetcars will help concentrate and accelerate economic development,” Pettine said then.