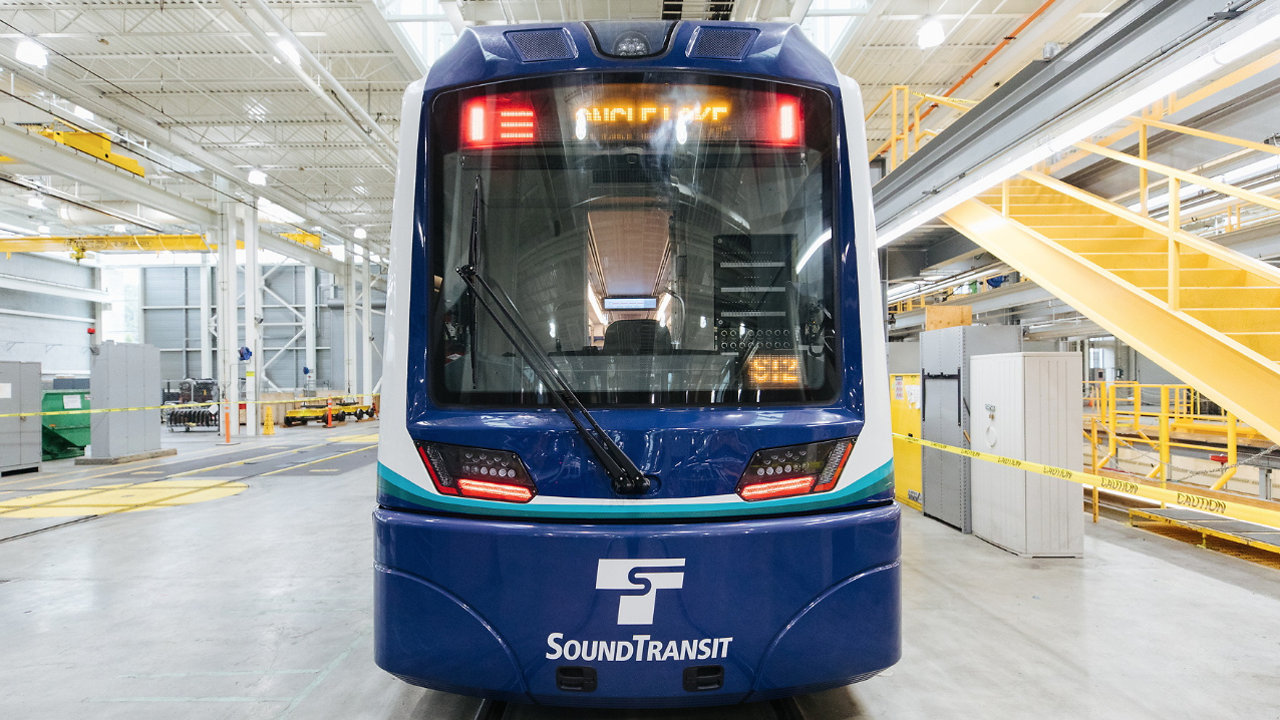 The first of Sound Transit’s 152 new Series 2 light rail vehicles from Siemens Mobility have been launched into revenue service.

As of May 14, “we have six of the new trains in service with 38 more on site going through their final testing and ‘burn in’ on the rails,” according to John Gallagher, Public Information Officer at Sound Transit, the regional transit system serving the Seattle and Central Puget Sound area in Washington state.

Sound Transit ordered 122 S70 vehicles from Siemens in September 2016 and an additional 30 in April 2017, for a total contract value of $642.5 million. The first LRV arrived June 6, 2019 from Siemens’ Sacramento, Calif., plant, and “underwent extensive commissioning and a 1,000-mile burn-in test,” according to the agency. Delivery and commissioning of the new LRVs is slated to continue through 2024. They will join the agency’s Series 1 fleet of 62 Kinkisharyo vehicles.

“The introduction of the new Series 2 light rail vehicles comes as we enter three years of unprecedented system expansion,” University Place Councilmember and Sound Transit Board Chair Kent Keel said. “By 2024 Link will nearly triple in size [from 22 miles to 62 miles], making it easier than ever for people to avoid highways clogged with traffic.”

“These new cars will increasingly become the mainstay of our Link light rail fleet, improving our riders’ experiences as service expands north to Northgate and Lynnwood, south to Federal Way, and east to Bellevue and Redmond,” said Sound Transit CEO Peter Rogoff, who served as a speaker at the recent Light Rail 2021 Virtual Conference, presented by Railway Age and RT&S.