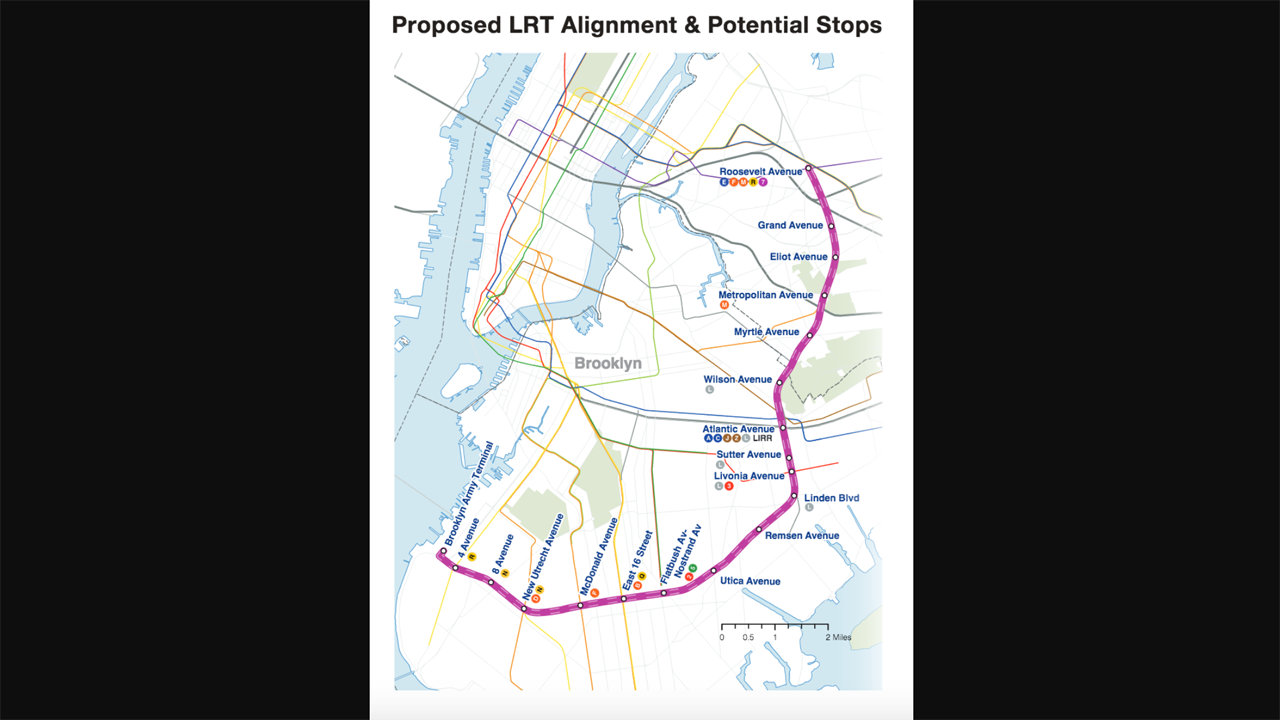 Gov. Hochul first announced plans for the 14-mile Interborough Express in her State of the State on Jan. 5, 2022. She and MTA on Jan. 20, 2022 released an interim report on the proposed service, which would connect the Brooklyn and Queens communities to 17 MTA New York City Transit subway lines and MTA Long Island Rail Road (LIRR). It would use the existing right-of-way of the Bay Ridge Branch freight line—owned by LIRR and run by New York & Atlantic—and CSX’s Fremont Secondary line, and operate with light rail; “conventional rail” (FRA-compliant electric multiple units); or Bus Rapid Transit.

Drawing from conclusions in MTA’s newly released Planning and Environmental Linkages study (download below), the transit agency determined the “most efficient” mode of transportation (light rail), created a list of preliminary stations (see map above), and conducted other planning and engineering analyses to advance the project, the transit agency reported on Jan. 10.

According to MTA, the planning and engineering analysis outlined in the study “strongly supports the MTA’s decision to choose light rail because it would provide the best service for customers at the lowest cost per rider.”

MTA said the following key factors led to this determination:

According to the Planning Study, light rail would operate in the existing freight rail corridor, except for a short street-running portion around All Faiths Cemetery in Queens. In the existing freight corridor, it would require two dedicated tracks alongside the freight lines. “Because LRT is not FRA-compliant, the tracks would have to be physically separated from the freight tracks for safety reasons, as well as the installation of an intrusion detection system,” the Planning Study reported.

The Interborough Express, MTA said, “would be a major advance for equity in the transit system.” Seven out of 10 people served will be people of color, approximately one-half will come from households with no cars, and approximately one-third will be living in households at or below 150% of the Federal Poverty Line, it noted. Diverse neighborhoods—such as Bay Ridge, Sunset Park, Borough Park, Kensington, Midwood, Flatbush, Flatlands, New Lots, Brownsville, East New York, Bushwick, Ridgewood, Middle Village, Maspeth, Elmhurst and Jackson Heights—would benefit. “The project would include several new connections in neighborhoods that currently lack efficient connections to each other, and in some cases, to Manhattan,” MTA pointed out.

Proposed service would operate at up to five-minute headways during the peak periods, with off-peak headways of up to 10 minutes at other times of the day.

The service is not without challenges, however. According to the Planning Study, “Areas of focus along the corridor include over 45 overpass bridges, many of which will need to be reconstructed in order to accommodate the new service, as well as a 125-year-old tunnel that will require rehabilitation. Siting support facilities for vehicle maintenance and storage as well as power distribution, ancillary facilities, and prospective stations within or near this narrow right-of-way is also a significant challenge. Additionally, the project is being designed to not prelude the Cross Harbor Freight Program rail tunnel project, which is undergoing its own environmental review at the Governor’s direction.”

According to the Planning Study, MTA will “seek to begin the environmental review process and preliminary engineering in early 2023.” This would be followed potentially by funding, design and construction. 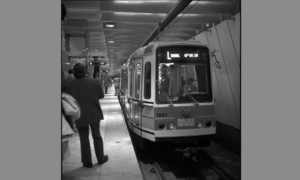 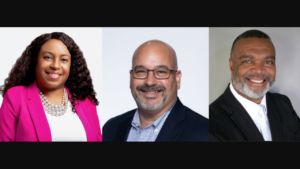