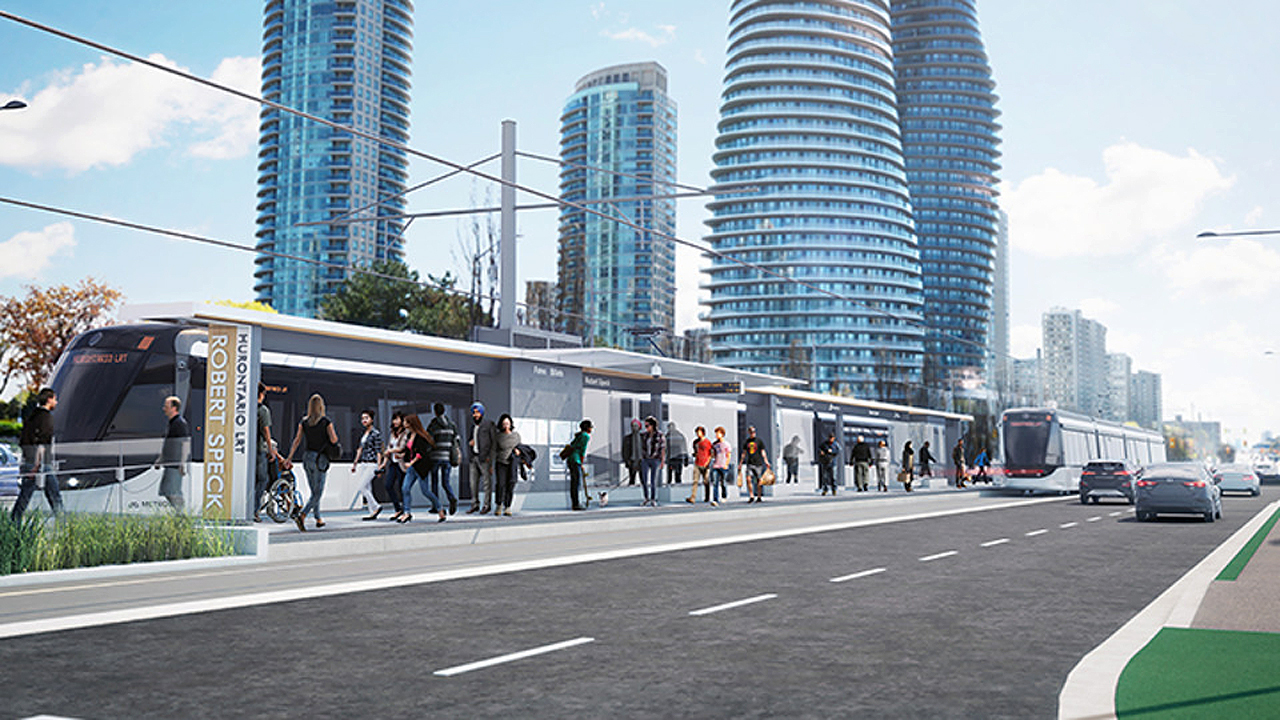 The Hurontario LRT is an 18-kilometre (11.2-mile), 19-station light rail transit system that will run along Hurontario Street from Port Credit in Mississauga to Brampton Gateway Terminal. It will operate in a separated guideway with traffic priority throughout most of the corridor, and will link the GO Transit regional/commuter rail stations at Port Credit (Lakeshore West Line) and Cooksville (Milton Line), the Mississauga Transitway, Square One GO Bus Terminal and Brampton Gateway Terminal, as well as routes from Züm and MiWay. At the peak of construction, Mobilinx estimates that there will be approximately 800 workers on the project, with up to 80% GTHA (Greater Toronto Hamilton Area) labor.

Andrew Barr, Hitachi Rail Group CEO, commented: “This new line will make a significant difference to both the quality of life and the economic vitality of this region for decades to come. Our mission is to unlock cities’ transport networks using our world-leading technology. We’re thrilled to help deliver Ontario’s expansion plan by making it easier and faster for people to get around the GTHA. With our role in maintenance and operations, this also marks the start of a lasting and productive 30-year relationship with Metrolinx to deliver for passengers. Hitachi Rail continues to grow its presence in North America, and this is an important step for the business.”

When it opens in the fall of 2024, the Hurontario LRT is expected to move up to 14 million passengers per year.

Hitachi Rail noted it “has experience delivering, either by itself or through similar consortium relationships, highly successful projects around the world, from Honolulu, Copenhagen and Lima to Riyadh and Taipei.”