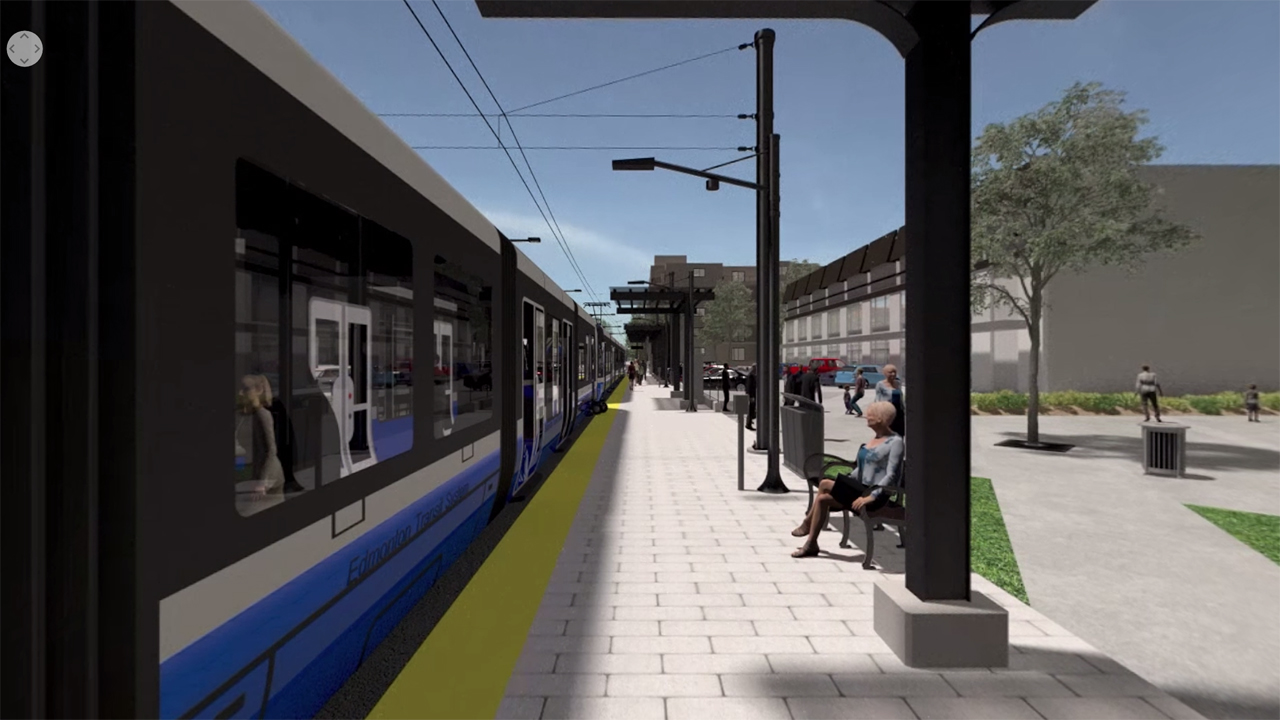 Screenshot of a 360-degree virtual reality video of the Alex Decoteau stop on the Valley Line West route. Via: www.edmonton.ca/projects_plans/transit/valley-line-west.aspx.

The City of Edmonton has announced its intention to launch a procurement tender in October for the supply of 40 low-floor LRVs to operate on its 14-km Valley Line West light rail extension. Delivery will take place by 2027.

The LRVs must also easily integrate with wayside, operation and maintenance areas on both sections of the Valley Line, and allow for level-entry boarding at all stops. In addition, they must be proven to operate well in similar climate conditions to Edmonton and be capable of operation in both segregated and mixed automobile traffic rights of way.

The new vehicles will supplement Edmonton’s fleet of 26 Bombardier Flexity Freedom LRVs, planned for operation on the 13-km Valley Line Southeast section, which is due to open in 2021.

The city will host a market sounding event this month to generate and gauge interest in the project before the tender is launched. Following the launch of bidding, interested parties will be shortlisted, with the contract scheduled for signing in the third quarter of 2021.

Procurement will be conducted via SAB Ariba, a web-based tool for procurement, contract and invoice management processes. In addition, a notice regarding the posting of the sourcing event will also be published on the Alberta Purchasing Connection website.

Valley Line West is the second phase of the 27-km Valley Line light rail project, which will run between Mill Woods in the southeast of the city, via downtown, to Lewis Farms in the west. It will also include an operations and maintenance facility and an additional storage facility at the Lewis Farms terminus site.

The news follows the start of construction on the 1.5-km Phase 1 of the Edmonton Metro Line Northwest extension between the Northern Alberta Institute of Technology (Nait) and Blatchford, which began in June.

For detailed data on light rail projects from around the world, subscribe to IRJ Pro. 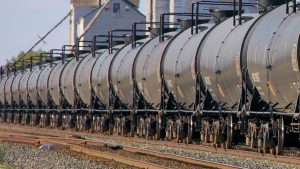 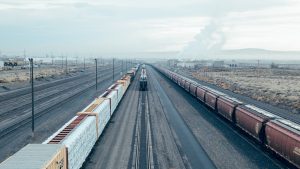