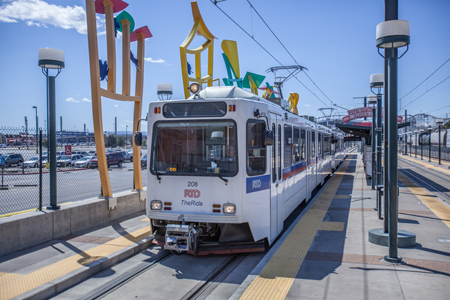 RTD awarded Siemens a $112 million contract for an additional 29 SD-160 LRVs, extending the 22-year relationship between it and Siemens and RTD and bringing the Siemens fleet to 201 vehicles, when completed. The new LRVs will be completely interoperable with the current fleet, “allowing Denver RTD to achieve lower operational and maintenance costs that should continue the agency’s ongoing cost savings,” Siemens said, noting that those savings “over the years have likely totaled millions of dollars.”

RTD Board Chair Chuck Sisk said that the agency decided to stick with Siemens in part to avoid “the added expense of a [mixed] fleet that would increase maintenance, inventory, training and operations costs.”

Denver’s new LRVs are set to be delivered by early 2018.

“We’re thrilled to extend our more-than-20-year partnership with Denver RTD and continue to bring advanced technology to its growing ridership,” said Siemens Rolling Stock President Michael Cahil,. “We are confident that these new LRVs will continue to make maintaining and operating a fleet of more than 200 vehicles as efficient and cost-effective as possible.”

In the Twin Cities region, Metro Transit exercised a $20.1 million option with Siemens for an additional five S70 LRVs, adding to the existing 59 currently operating on the Metro Green and Blue lines. The Green Line opened in 2014 and links Minneapolis with St. Paul. The Blue Line, Minnesota’s first lLRT, opened in 2004. Metro Transit will use the new vehicles to improve capacity on its system, which is experiencing record ridership.

Metro Transit’s LRVs “are designed and built specific to the needs of the Twin Cities,” Siemens said. “The vehicles include improved insulation for both noise reduction and comfort during the summer and winter months, enhanced braking technology for improved safety, and internal and external LED lighting for reduced energy consumption and extended service life.”

“The Twin Cities are a great example of a region that understands the benefits a light rail system can bring to its riders and the local economy, and we’re happy to continue to play a role in the success of their system,” said Cahill.

The Siemens manufacturing facility in Sacramento, Calif., will fulfill both orders. The plant, which has been in operation for almost 30 years, is powered up to 80% by two megawatts of solar energy and currently employs more than 800.