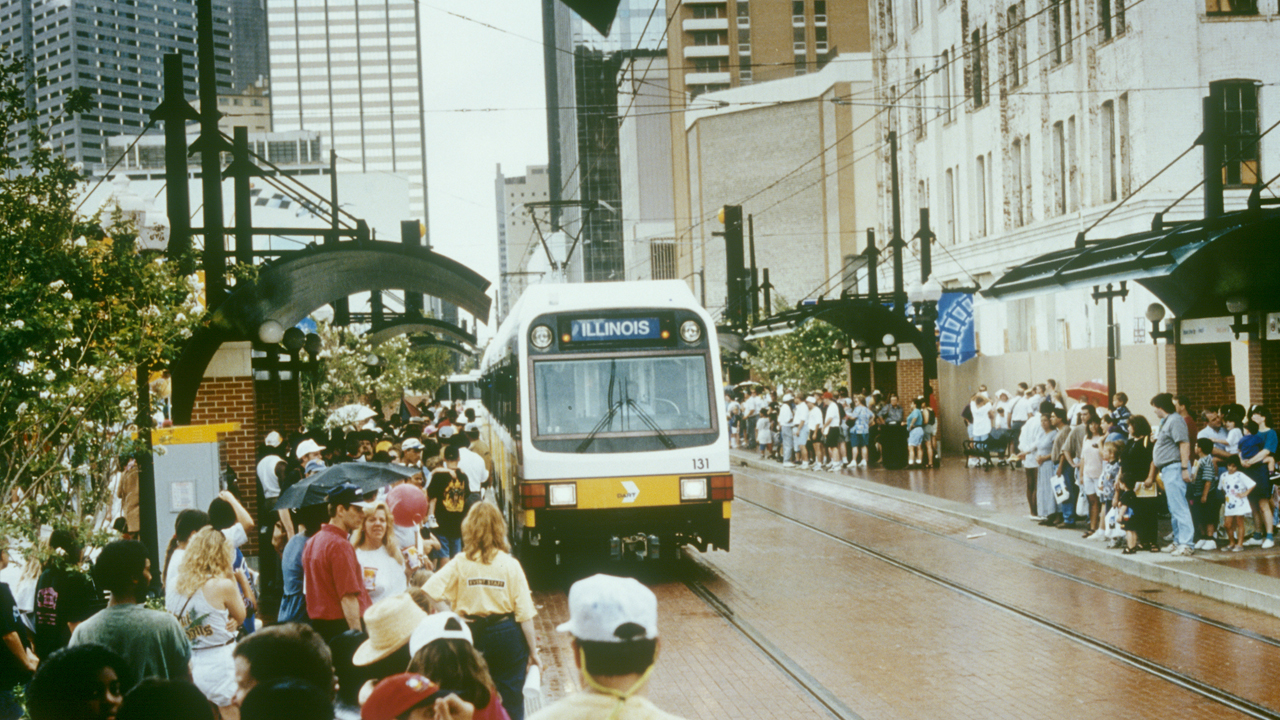 The system debuted June 14, 1996 with 11.2 miles of starter service on the Blue Line (between Illinois Station and Pearl/Arts District Station) and Red Line (between Westmoreland Station and Pearl/Arts District Station). Today, DART spans 93 miles with 65 stations, and is the longest light rail system in the country. The newest station, Hidden Ridge in Irving, Tex., opened in April to serve Orange Line riders.

DART has served 500 million riders since 1996, reaching rider No. 250 million on June 2, 2012. In celebration of 25 years of service, the agency is offering riders an opportunity to win 25 days of free rides if they share on social media a photo of themselves riding DART rail or explaining how DART rail benefits them.

DART is still growing. In March, the Dallas City Council unanimously approved a resolution supporting the D2 Subway project, a second, below-ground light rail line through downtown Dallas that will extend from Victory Park to Deep Ellum. And by 2023, Dallas-Fort Worth metroplex residents will have improved rail access to DFW International Airport, when DART’s Cotton Belt Silver Line and Trinity Metro’s TEXRail commuter rail lines converge at Terminal B.

On July 12, Nadine Lee will become DART’s next President and CEO, succeeding David Leininger, who has served in an interim role since November 2020.