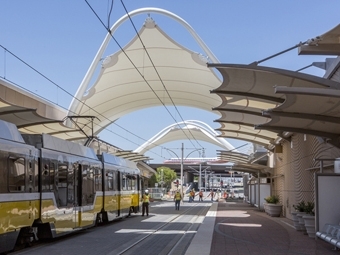 D/FW Airport built the station as part of its construction at Terminal A, the first of the legacy terminals to be renovated. DART opened the new Orange Line extension four months sooner than originally scheduled, something DART began the year hoping to accomplish.

DART has been operating test trains since last April on the extension in preparation for the service.