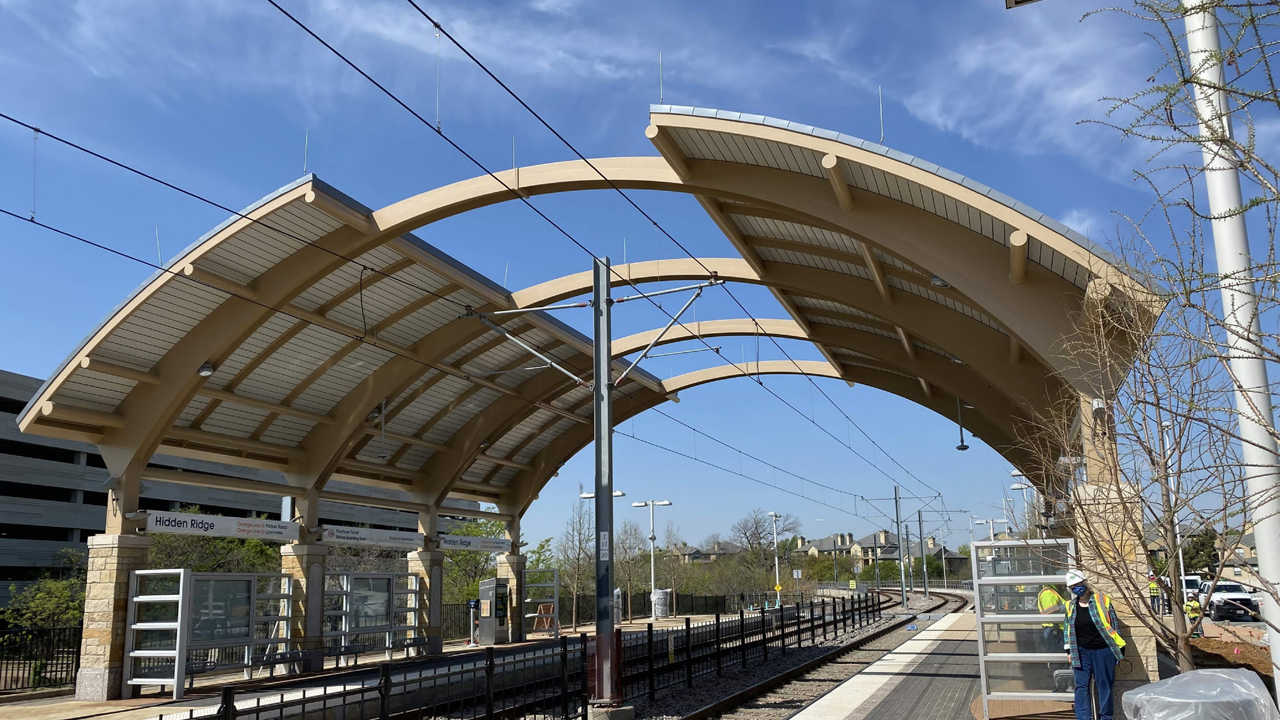 The Hidden Ridge Station (pictured) was originally part of the 3.9-mile Irving-2 opening of the Orange Line in December 2012, but it was deferred in anticipation of Verizon Communications’ Hidden Ridge development, which is still under way.

The station—originally part of the 3.9-mile Irving-2 opening of the Orange Line in December 2012 (see map below)—was developed in partnership with the City of Irving and Verizon Communications. It had been deferred in anticipation of Verizon Communications’ Hidden Ridge development, a planned 110-acre mixed-use project, which will feature 1,200 apartments and residences, 80,000 square feet of restaurant and retail space, a hotel, and a two-acre green space with amenities, according to DART.

“Phase 2 of the Verizon project at Hidden Ridge is still under construction,” DART spokesman Gordon Shattles told Railway Age. “That will be the new Verizon headquarters. Phase 1, which is home to Pioneer Natural Resources’ new headquarters, is complete.”

The station was constructed by Archer Western Construction; Jacobs served as the design consultant. Among its features: a 136-space parking lot; six bus bays for making connections and transfers; and a short trip to DFW Airport. Ceramic artist Marty Ray is responsible for the artwork, which “plays off the land’s history,” DART said, since the station is located on Carpenter Ranch, once the homestead of Las Colinas, Tex., founder Ben Carpenter.