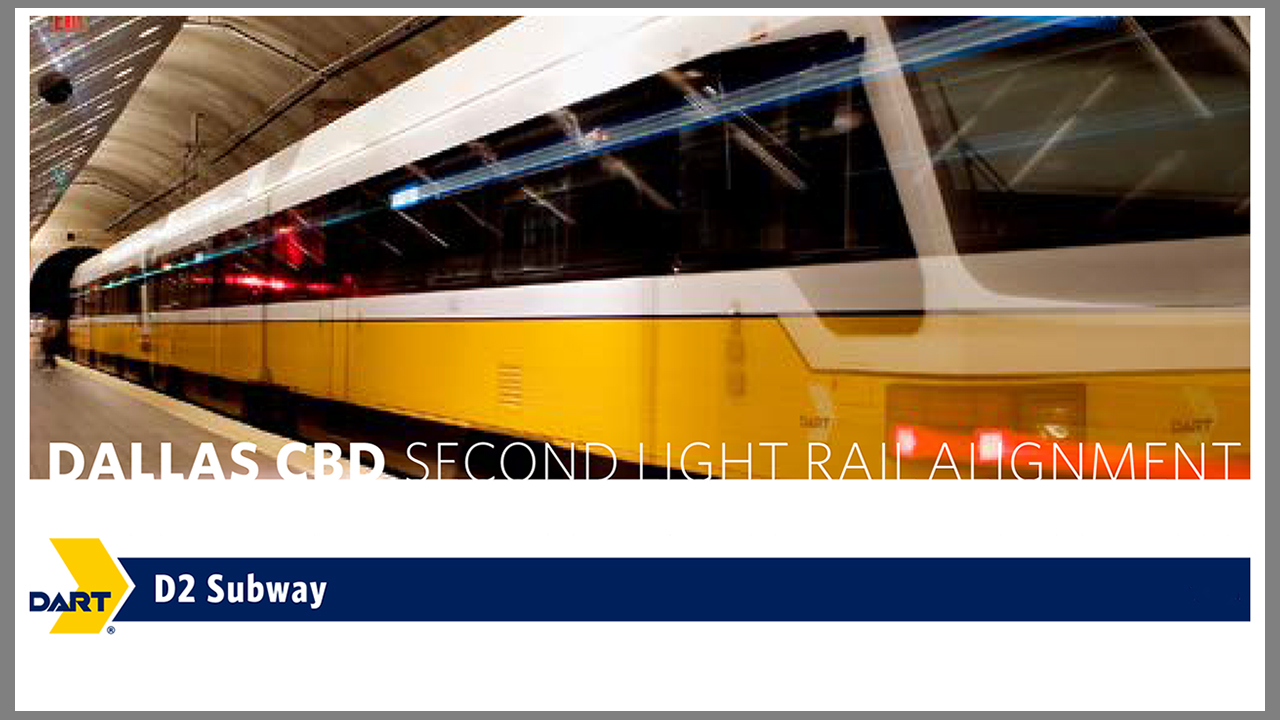 The D2 Subway is a second, below-ground light rail line through downtown Dallas that will extend from Victory Park to Deep Ellum. The city’s resolution “includes a commitment to continue to work toward addressing community concerns on the east end of the alignment,” DART said.

“The DFW (Dallas-Fort Worth) area continues to experience unprecedented growth, with new businesses and residents moving to the area every day,” DART noted. “The primary purpose of the D2 Subway project is to add long-term passenger carrying capacity to the DART light rail system and provide operational flexibility and added reliability—especially important for the thousands of riders that use the DART system every day to get to work, services and school.”

DART began planning for the D2 Subway project in 2007; the 30% level of preliminary design was completed in October 2020. DART said it “will continue to work with the Federal Transit Administration (FTA) to request re-entry into the Capital Investment Grant program engineering phase as a core capacity project. The first step in this process will be for the FTA to issue the Final Environmental Impact Statement/Record of Decision along with the 30% design package. Public, agency and stakeholder involvement will continue to be integral to the process.”

“The DART D2 Subway is an important regional project,” said DART Board of Directors Chair Paul N. Wageman. “The second light rail alignment through downtown Dallas is a long-term investment in mass transit to support the city’s and the region’s goals of a more walkable, transit-oriented and sustainable region. The project demonstrates a commitment to strengthening the DART system and creating a more transit-oriented and accessible network for the benefit of our riders and the residents of North Texas. The next several months will be focused on continuing the collaborative, multi-agency effort among DART, the City of Dallas, the North Central Texas Council of Governments and TxDOT to evaluate any proposed refinements, enhancements, and/or modifications to the east end of the corridor in coordination with stakeholders. The DART Board appreciates the Dallas City Council’s continued support of this transportation initiative.”