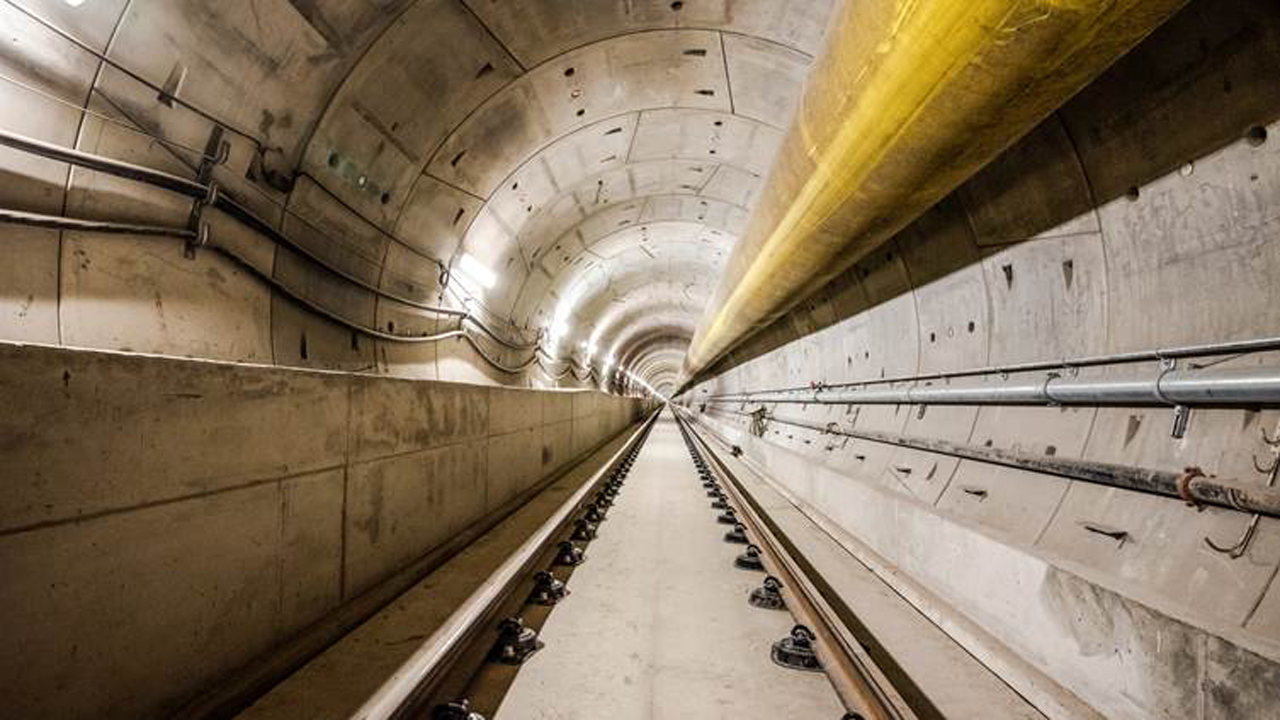 Work on Toronto’s 12-mile (19-kilometer) Eglinton Crosstown LRT project, the city’s largest, is heading toward the last lap. The line is scheduled to open in September 2021.

The alignment is a mixture of tunnel, and surface center reservation. The route extends from Eglinton Avenue and Weston Road, in West Toronto, to Eglinton Avenue and Kennedy Road, in East Toronto. At the latter location, the LRT will interface with the existing TTC (Toronto Transit Commission) Bloor-Danforth Subway, for which Kennedy is the eastern terminal station. The LRT station will be underground at this location. 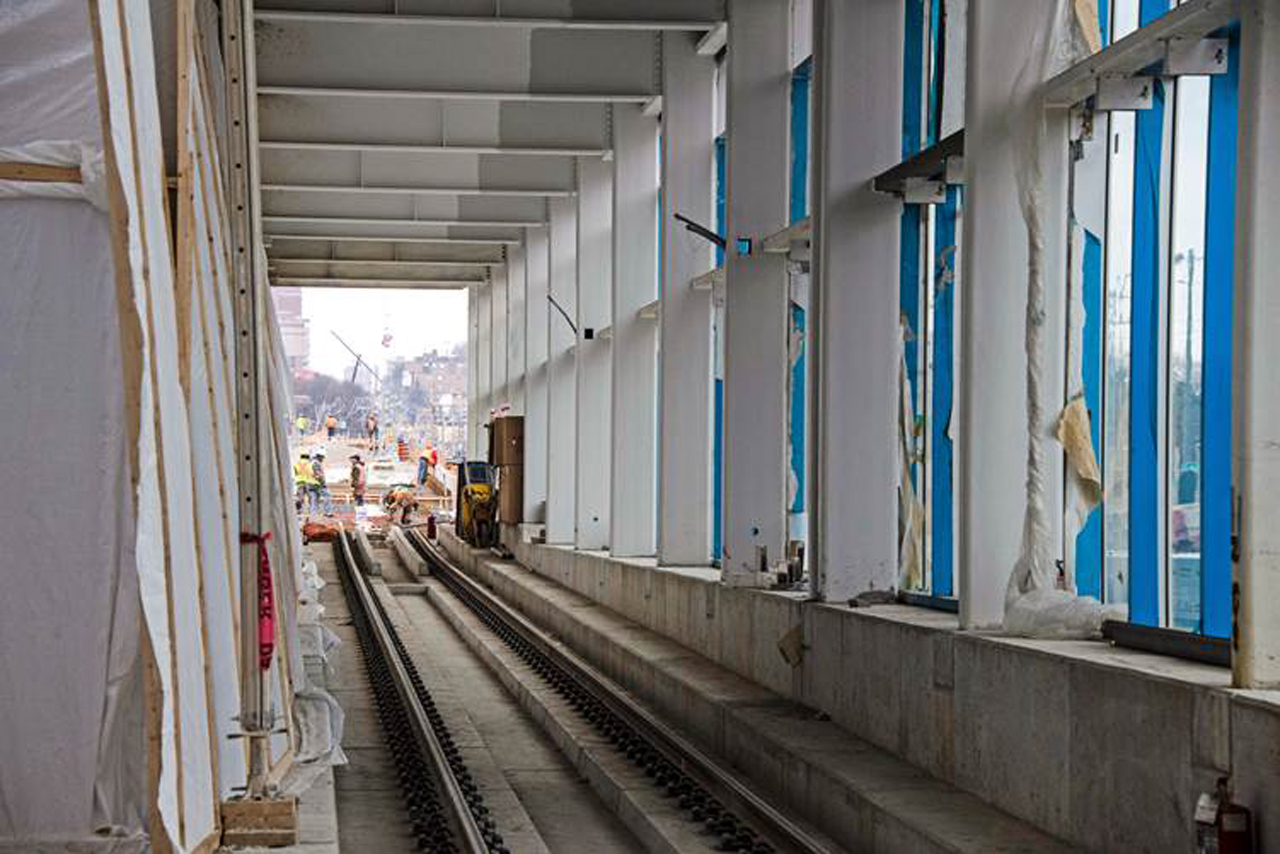 The Maintenance and Storage Facility is situated on 42 acres of former Kodak Canada property, adjacent to the Mount Dennis terminal station. This station is unique (for Toronto) in that it was constructed into the side of a hill.

The seven-mile tunnel section has been complete for some time. It extends from east of Black Creek Drive, to Brentcliffe Drive, about two miles east of Yonge Street, Toronto’s main north-south street. The invert (track bed) and duct banks are also finished. 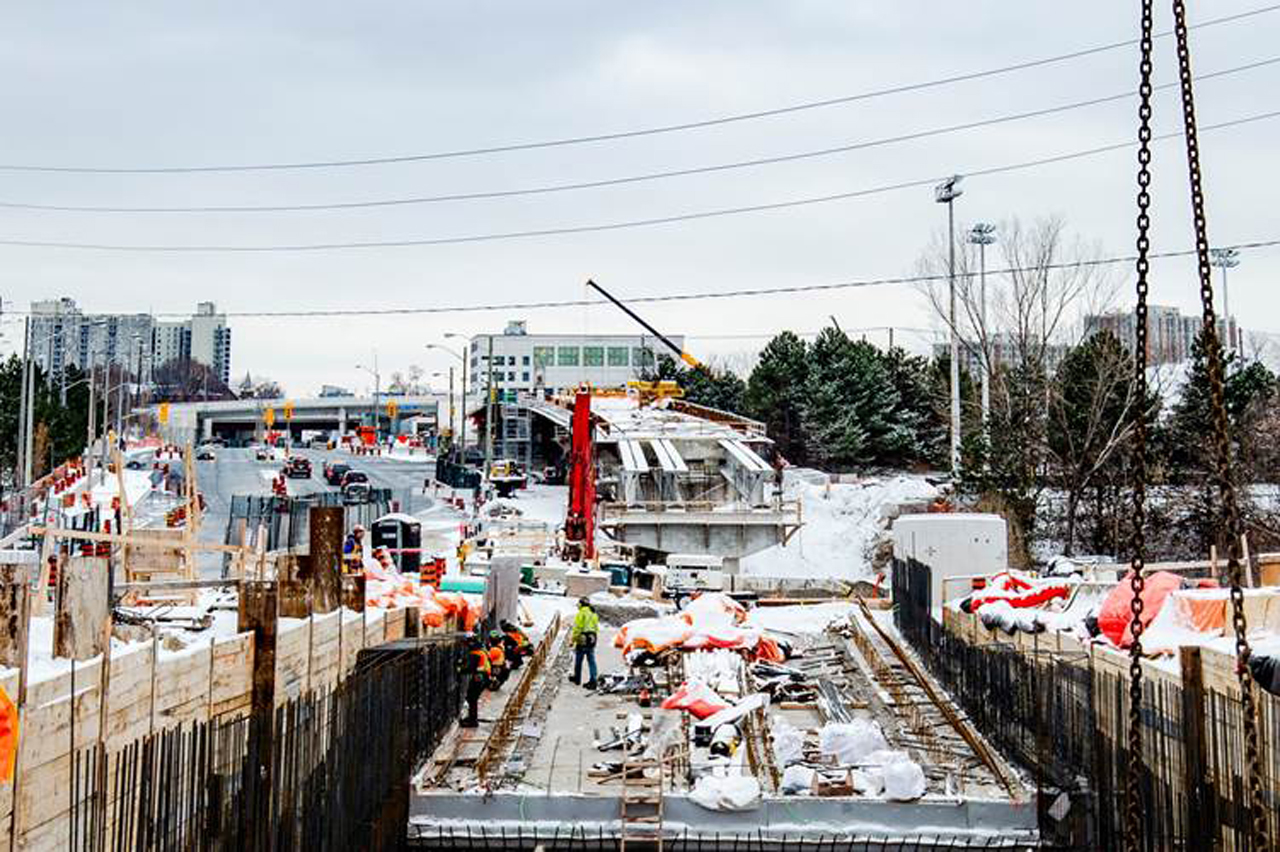 Construction is also well advanced at most of the underground stations. Shoring work is nearing completion at several locations, and deep excavation is progressing. Keelesdale (Keele Street) station is the furthest along, with deep excavation completed, and concrete work for the station box and main entrance well in hand. Permanent works (waterproofing, concrete pouring) are in progress at Laird (Drive) station, and will begin at Avenue (Road) and Oakwood (Avenue) stations this year.

At the station at Don Mills Road, all piling work is nearly complete, and excavation will be finished by Spring 2019, as will the pedestrian tunnel and bus terminal concrete work. Structural work for the station will then commence.

The alignment descends from the center of Eglinton to underground, just west of Kennedy Road. At press time, four of the five portal invert slabs had been poured, as well as one of the five portal walls. Excavation is progressing at the station site. 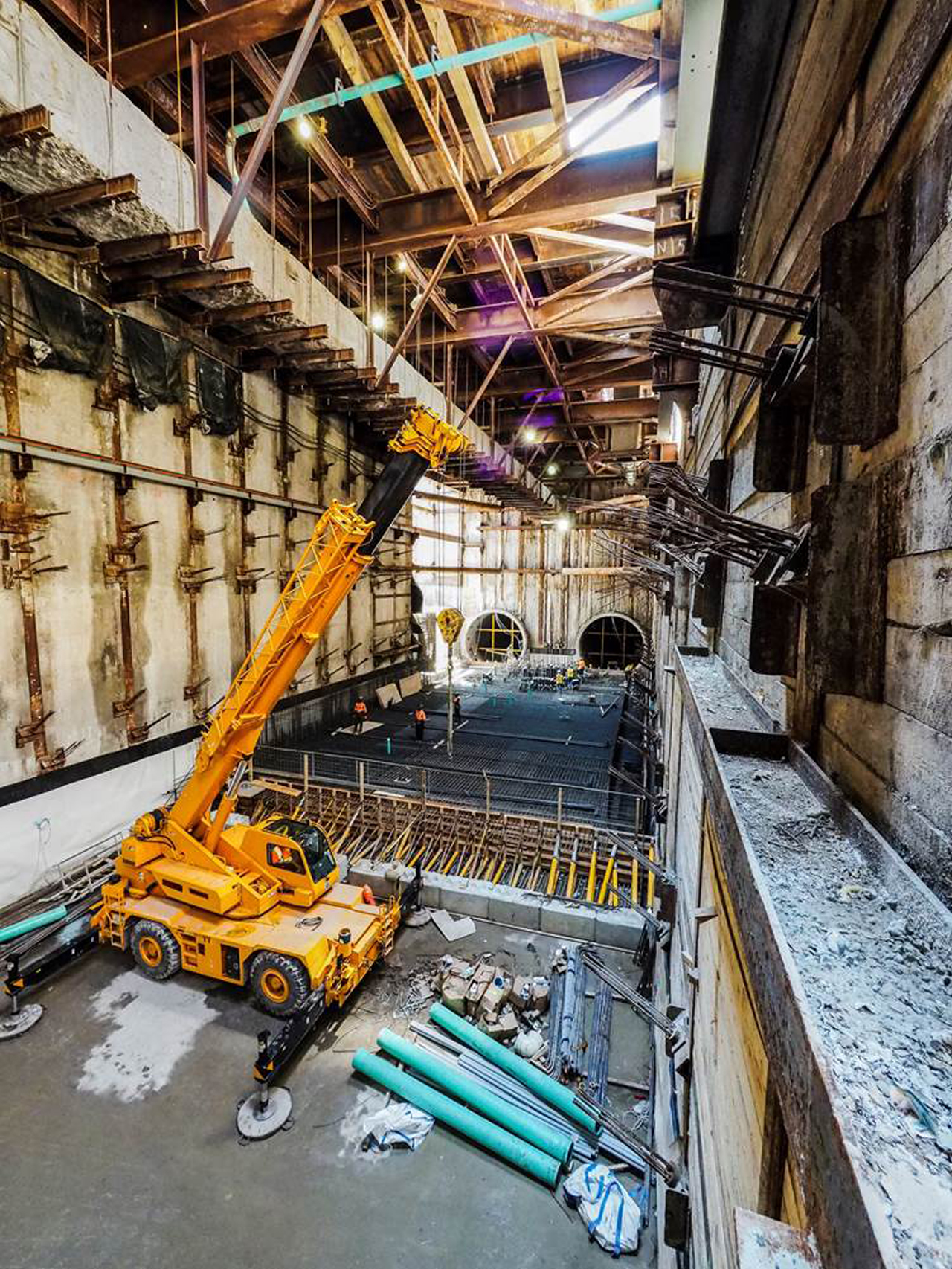 Work has begun on the sidewalk entrance structures at Mount Dennis, Keelesdale and Caledonia stations. Mount Dennis will be the first to be completed, this summer. A former Kodak building is being repurposed as an entrance.

Track has been laid in Mount Dennis station; between Caledonia and Fairbank (Dufferin) stations; and Caledonia to Avenue stations. Track installation is essentially complete in the yard and shop area.

Six of the 76-unit Bombardier Flexity Freedom LRV order were scheduled for delivery by February 2019. Deliveries will resume in May, and will continue until all cars have arrived by 2021. Service requirements on the Crosstown require 44 LRVs; the balance will presumably be distributed to other Metrolinx LRT projects.

Operational testing in the yard begins this year, and between Mount Dennis and Caledonia stations (about 1.5 miles) in 2021.

Deliveries to date have been by flatbed truck from Bombardier’s plant near Kingston, Ontario. However, a rail siding has been installed off CP’s Mactier Subdivision at the Mount Dennis yard. This will permit delivery by rail, if Bombardier chooses that option in the future.

This year will see track laying begin on the surface section, east of Brentcliffe Road. The first trackbed has been poured between Victoria Park and Pharmacy Avenues, a distance of about four blocks. Some utilities work, road widening and bridge strengthening is in progress between Brentcliffe and Victoria Park, preparatory to track installation. The Crosstown is being built to railway standard gauge, rather than the TTC’s, which is two inches wider.

The Crosstown LRT, upon completion, will bring much improved transit to one of Toronto’s busiest and most important east-west arteries, Eglinton Avenue. Extensions from both end terminals are currently in the discussion stage.

Appreciation is extended to the Metrolinx staff for their assistance.