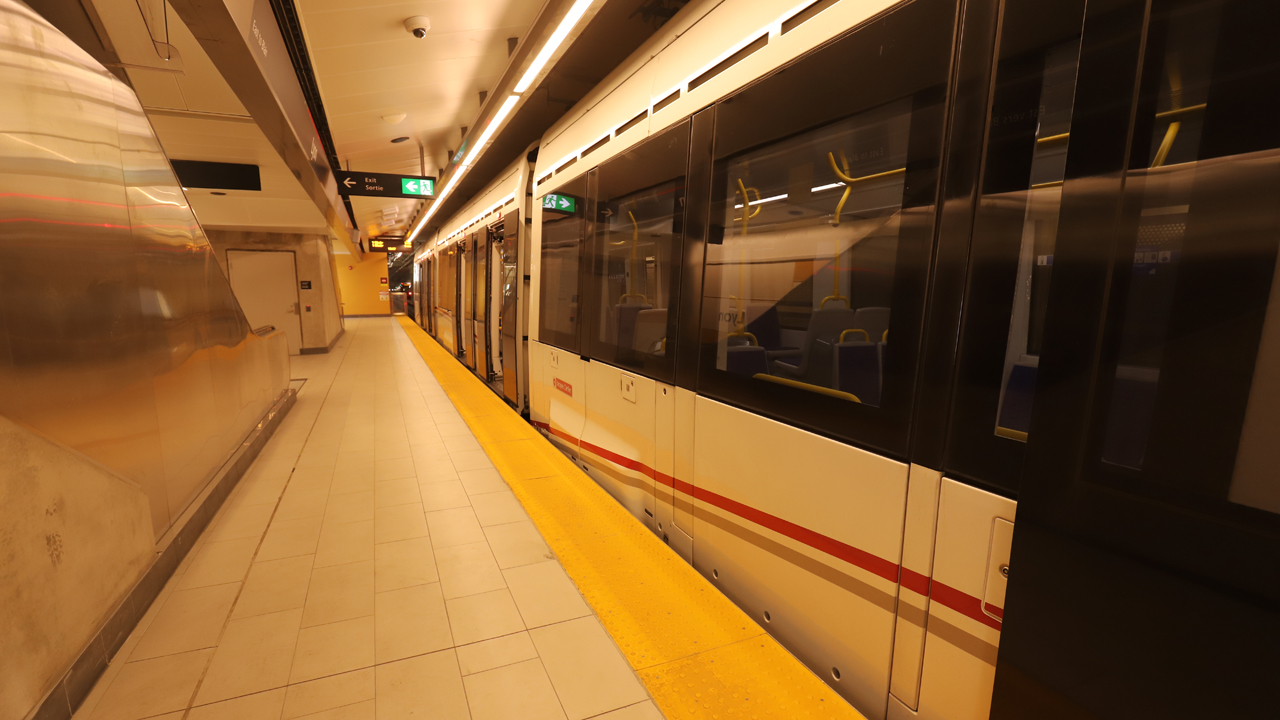 The project cost an estimated C$2.1 billion, making it the largest infrastructure project in Ottawa’s history. The bulk of the cost was for construction, as most of the property needed was already publically owned. Ottawa signed a 30-year DBFM (Design-Build-Finance-Maintain) agreement with the Rideau Transit Group. The city’s public transportation agency, OC Transpo, operates the system with its own employees.

In common with many rail transit undertakings, the journey to opening day was a challenging one. Several previous completion dates had been announced, but these had to be postponed for various reasons, such as incomplete construction, and vehicle issues.

Ottawa City Council approved the Confederation Line in December 2012, with construction beginning the following year. This followed many years of study and debate, including the awarding, then cancellation, of a contract for a completely different route to south Ottawa.

The argument frequently arose as to whether or not Ottawa had the population to warrant a rail transit system. However, steady growth, coupled with the lack of a comprehensive urban expressway system, ultimately green-lighted the project.

The Confederation Line is entirely grade-separated. There are 13 stations in total. The western half is built in a converted BRT (bus rapid transit) right-of-way. During the 1970s and 1980s, Ottawa had built an extensive BRT system, dubbed the Transitway. The western section of this was built on an abandoned Canadian Pacific Railway line. Clearances, stations and bridges were designed for ultimate conversion to LRT, although after construction began, numerous rebuildings proved necessary. Part of the eastern section of the LRT is in the right-of-way of Highway 417.

The original plan was to lay tracks on streets through downtown Ottawa. However, strong objections from local merchants resulted in a 1.5-mile tunnel under Queen Street through this area.  There are three underground stations, with 390-foot platforms. Surface stations are 300 feet long, with provision for future extension. The above-ground stations are quite elaborate, somewhat similar to Calgary’s LRT.

The Confederation Line interfaces with the existing north-south OC Transpo Trillium Line DMU operation at Bayshore Station. However, the two operations are at different levels; in any event a track connection is unnecessary at this time, although presumably possible.

Construction of the line was not without problems and delays. In June,2016, a sinkhole opened up on downtown Rideau Street, above one of the LRT tunnels. There were no injuries, but the tunnel flooded, and some equipment sustained damage.

By late 2016, enough track and overhead had been completed to allow LRV testing. During the winter, vehicle problems occurred in the form of heating and communications systems failures and carbody issues.

A public opening date of November 2018 was announced. However, it was discovered that construction progress did not permit this, and early 2019 was proposed. This date also slipped by, as did one in mid-2019. Finally, by August 2019, all was in readiness for a Sept. 14 opening.

The initial Confederation Line was designed to serve a government office complex at Tunney’s Pasture, the western terminus; the downtown government, business, shopping, and entertainment area; the University of Ottawa; and passengers arriving at Blair Road, the eastern terminal, by bus and automobile.

It was always intended to extend the Confederation Line eastward and westward after the initial section was open. Council approval has been given, contracts awarded, and work has begun.

The eastward eight-mile extension, will take trains to Trim Road, in the far eastern suburbs. Opening is scheduled for 2024. It will be a surface alignment, in the median of Highway 174, and includes five new stations.

The westward 9.5-mile extension incorporates 11 stations. The line splits at Lincoln Fields Station. One branch, ending at Baseline Road, serves Algonquin College; the other, ending at Moodie Drive Station, serves western Ottawa. The latter will connect with the Southwest and West Transitways. A yard and light maintenance facility is planned near the Moodie terminal. Part of the route will continue in the busway, while other sections are to be tunneled. Opening is planned for 2025.

An additional 38 Alstom Citadis Spirit LRVs have been ordered for Phase Two. The first 13 are being assembled at the 16-acre Belfast Road shop, with the balance to be finished at Alstom’s new plant in Brampton, Ontario, a northwest Toronto satellite city. This will allow Belfast Road to focus on day-to-day maintenance of the operational fleet. 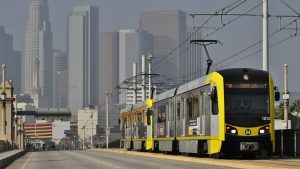