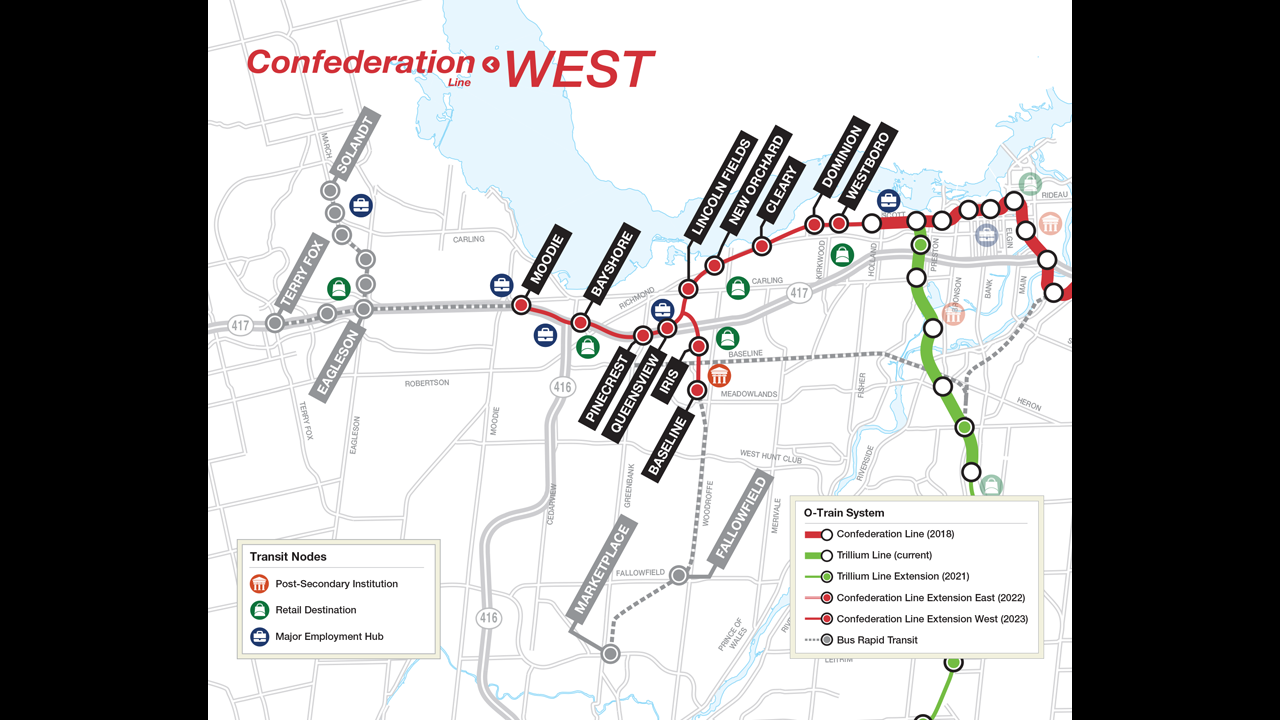 The irony is that 2019 will be the 60th anniversary of the end of electric rail transit in Ottawa. The final streetcar route was abandoned on May 2, 1959.

Construction on the 8.1-mile line, among the largest public works projects in Canada’s capital, was begun in 2013. It is mainly above ground, with a short, 1.7-mile tunnel section through the downtown area. The route chiefly follows a former busway, part of which was constructed on an abandoned Canadian Pacific Railway right-of-way. Rideau Transit Group is building the line. Its major partners include Dragodos Canada, Ellis-Don and SNC-Lavalin.

Part of the delay resulted from a sinkhole that opened in June 2016 on a downtown street above the tunnel. This occurrence delayed progress by several months.

Some work is still required to complete the underground Rideau Station. However, all trackwork and overhead trolley wire has been installed between the terminals, and vehicle testing is under way. The Alstom-built vehicles, which can operate as single- or two-car consists, are using a communications-based train control system.

Another problem confronting OC Transpo is that a major restructuring of the city’s bus system, based on the LRT route, was implemented early, on Sept. 2, for reasons that are unclear. General Manager Manconi has promised to have his staff review the route changes.

The LRT follows an east-west alignment, from Tunney’s Pasture (a government office center) to Blair Road in the east. It connects at Bayview Station with the Trillium Line, a diesel multiple-unit (DMU) operation over the former CP Prescott Subdivision, serving Carleton University.