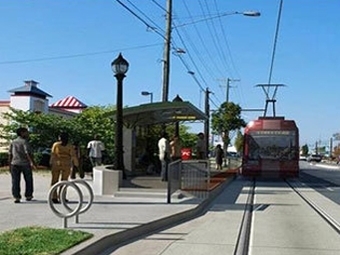 Officials stressed the delay would not add to the cost of the project. Officials also noted the Federal Transit Administration (FTA) has been advised of the delay and has sanctioned the adjusted opening date. Federal funding of $25 million is providing a major portion of the line’s projected $37 million cost.

Problems with errant track gauge on the new line, uncovered last month, were not factors in the delay, City Engineer Jeb Blackwell stressed to local media.

Testing on the new line, originally set to occur before the end of 2014, now will begin in March.

Charlotte’s streetcar debut, though delayed, likely will still become the second U.S. streetcar operation to commence in the U.S. in 2015, following the H Street line in Washington, D.C., set to open Jan. 19.

Last September the City Council approved efforts to obtain $75 million in additional federal matching funds for a 2.5-mile extension of the streetcar line, also known as the CityLinx Gold Line.

As with some other U.S. cities, the new streetcar line, at least initially, will be overseen by the city itself and not the local or regional transit agency – in this case, Charlotte Area Transit System (CATS), which operates the city’s light rail transit CityLynx Blue Line, itself currently being expanded.