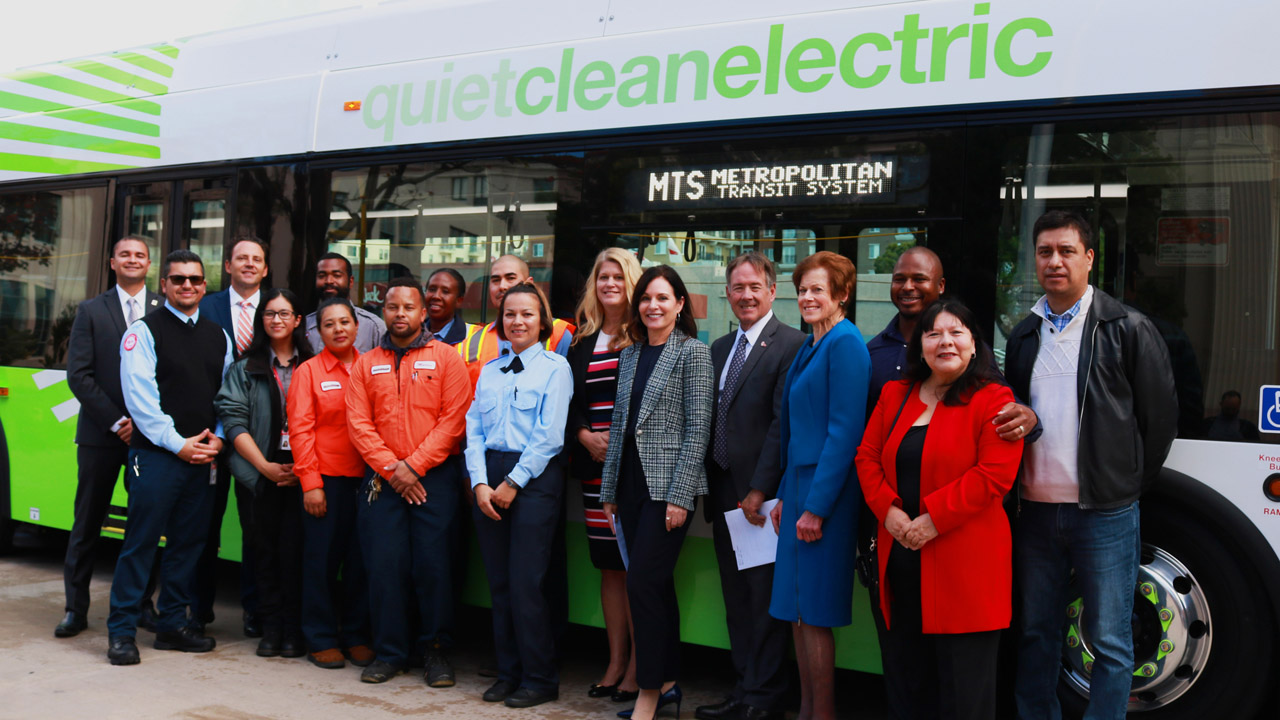 The MTS Economic Impact Report concluded that every dollar of public investment returns $2.82 in the form of jobs, infrastructure investment, productivity gains, environmental benefits and money saved by riders.

The transit system said it generates positive economic impact through a number of channels, particularly jobs. MTS is responsible for nearly 13,000 jobs and approximately $625 million in total personal income. This includes capital spending, direct and indirect employment, and service contracts. “As the region considers the future of transportation, it is important for policymakers, business leaders and residents to know the economic linkages and effects of its transit system,” the report said.

MTS provides more than 300,000 trips each weekday to take San Diegans to and from work or school. And with the U.S.-Mexico border a major economic gateway, transit links workers living in Mexico with employers in San Diego, with about 19,000 bus and trolley trips serving the border daily.

Riders saved an estimated $861 million on transportation last year, MTS said, with most of those savings happening for low-income families, who comprise a majority of MTS riders.

The report also found a positive impact from the safety of transit compared to personal vehicles. By reducing the number of deaths, injuries and property damage caused by car accidents, MTS helped the region save an estimated $6.1 million in expenses related to income loss, health care, rehabilitation and car repairs.

“MTS is connecting the economy in San Diego,” said MTS Board Chair Supervisor Nathan Fletcher. “Access to a convenient, safe and reliable transit system is the cornerstone of major metropolitan cities. It plays a significant role in bringing more investment, attracting talent and reducing greenhouse gas emissions. This Economic Impact Report highlights the numerous benefits that MTS is already bringing to San Diego communities, and why continued support of MTS is a wise investment in our transportation future.”

“MTS not only does an exceptional job of moving people to and from work, college campuses, Petco Park and elsewhere, it also is a powerful economic engine in our region,” said Jaymie Bradford, San Diego Regional Chamber of Commerce Executive Vice President and Chief Operating Officer.

“What is particularly notable about MTS is that it delivers these benefits in a competitive, cost-effective way,” said Lynn Reaser, chief economist of the Fermanian Business & Economic Institute, which conducted the report. “We found that MTS outperforms the transit systems of the other 15 largest metropolitan areas in the U.S., with the highest cost recovery rate and among the lowest rider costs in the nation.”