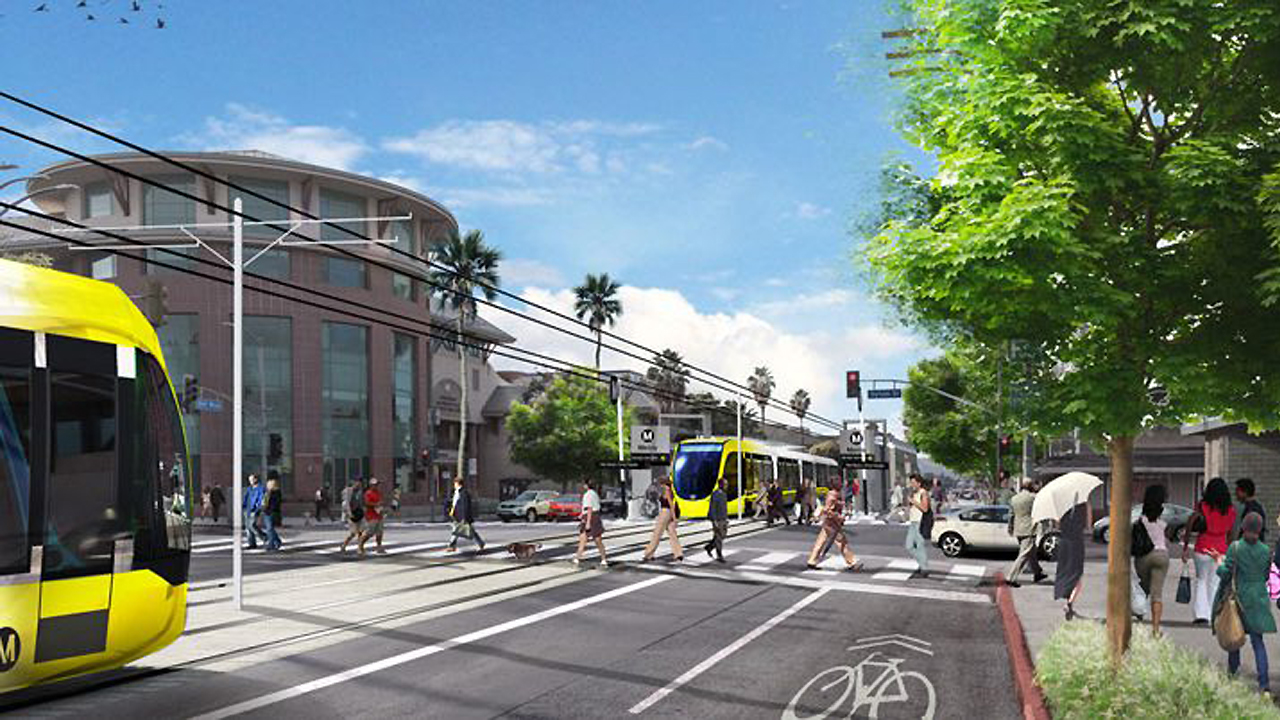 Fourteen stations and a light-rail maintenance storage facility are part of the $1.3 billion transit project.

The light-rail would run in the median of Van Nuys Boulevard from just north of the Van Nuys Metro Orange Line Station for 6.7 miles until the Van Nuys/San Fernando Station where it would transition onto the LACMTA-owned right-of-way, which hosts Antelope Valley Metrolink service.

The LPA, which LACMTA staff recommended, includes 14 stations and a light-rail maintenance storage facility. The light-rail maintenance and storage yard will be located between Raymer and Keswick Streets in Van Nuys and will require the acquisition of 37 commercial parcels. This was the least of any of the three options considered.

Other transit options were also considered, such as bus rapid transit. However, LACMTA’s blog “The Source” explains that staff determined light rail to be faster, offer more capacity and would better serve the community.

Ground breaking is scheduled in fiscal year 2021-2022 and the project is slated to open for service in 2027. This project is also part of LACMTA’s Twenty Eight by ’28 Plan, which seeks to ensure that 28 major projects are completed in time for the 2028 Summer Olympics.

Immediate next steps for the project will be the completion of the Final Environmental Impact Statement/Report, which is expected in 2019, followed by design and engineering, utility location and contractor selection.