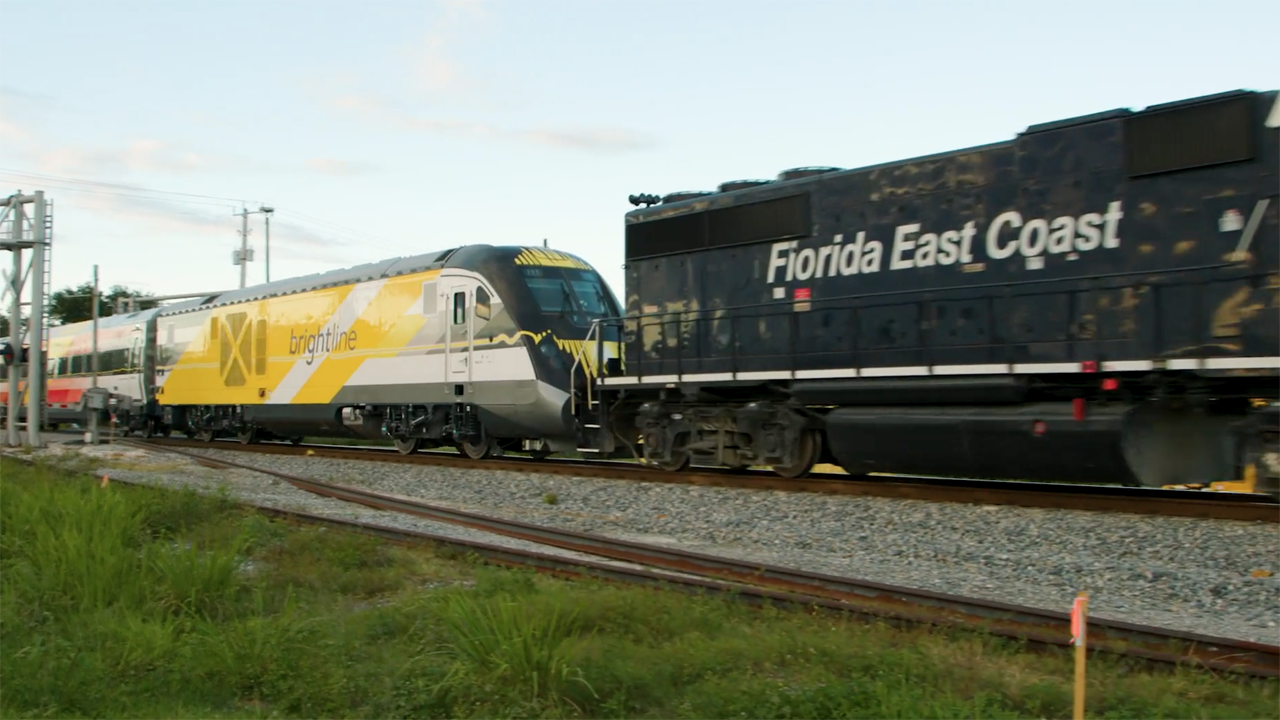 The new trainset—comprising four coaches and two Charger diesel-electric locomotives (one at each end)—traveled 3,000 miles from the Siemens Mobility North American manufacturing headquarters in Sacramento, Calif., where it made its debut on Sept. 28.

Watch the video of its arrival in Florida through this link or download the video below. The second trainset is scheduled to arrive in mid-November.

All five new trainsets will operate along Brightline’s Phase I, 67-mile, three-station line from Miami to West Palm Beach, which launched in 2018, and its Phase 2, 170-mile extension to Orlando, which is now more than 60% complete and slated to open in 2023, according to Brightline. Total system ridership is projected to reach 6 million annually. The ride from Central to South Florida is expected to take around 3 hours and 15 minutes and will carry passengers from Brightline’s South Florida stations in Miami, Ft. Lauderdale and West Palm Beach to the Orlando Station at Orlando International Airport.

Service on the current line, which was suspended March 25, 2020 due to the pandemic, is set to resume next month.