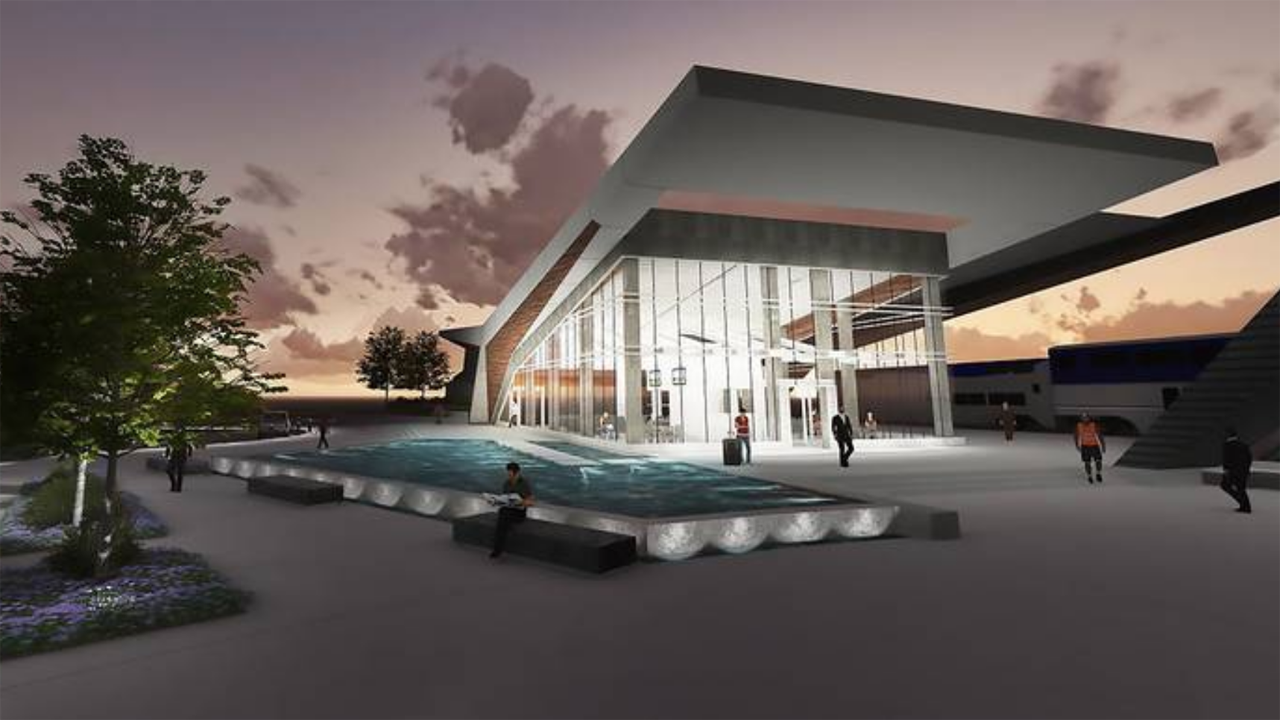 Late last month, Congress passed FY 2023 government funding legislation with nearly $200 million for Virginia in congressionally directed spending to fund local community projects, according to VPRA. That included $2 million for the New River Valley Passenger Extension project and $1.2 million for the Newport News Transportation Center project, both of which are sponsored by VPRA, which was formed in 2019 to promote and expand passenger rail service in the commonwealth.

Funding for the New River Valley project will support an extension of Amtrak passenger rail service from Roanoke through the New River Valley to Christiansburg. The project began with the Western Rail Initiative Agreement between VPRA and host freight railroad Norfolk Southern (NS), through which the commonwealth purchased 28 miles of right-of-way and tracks along the V Line from Salem Crossovers west of Roanoke to Merrimac (Christiansburg).

VPRA said it plans to improve the existing rail infrastructure including track and signal upgrades, which will allow for passenger rail service to the New River Valley as soon as 2026—the first time since 1979 that the area will have rail service. The new service is estimated to draw 77,300 to 87,100 riders per year to the future New River Valley station stop.

The Newport News Transportation Center is currently being developed through a partnership of the city of Newport News, VPRA, Virginia Department of Rail and Public Transportation, and Virginia Department of Transportation. According to VPRA, this new multi-modal facility will serve Amtrak—including two state-supported round-trips daily, with a third round-trip coming in 2026 per agreements between VPRA, host freight railroad CSX, and Amtrak—expanded bus service, taxis, and shuttles to and from the Newport News/Williamsburg Airport. The $47 million facility, whose construction began in July, is expected to open later this year, VPRA reported.

“The support rail received in this legislation shows bipartisan support for including rail as a part of our transportation network,” VPRA Executive Director DJ Stadtler said. “Here in the commonwealth, we are working to not only provide high-quality passenger rail service and facilities to communities we currently serve, such as Newport News, but also to expand service to communities that currently do not have rail service like the New River Valley. With ridership continuing to grow there is a definite need for more rail options.”

According to VPRA, Amtrak ridership in November 2022 topped 112,800 passengers, up 37.7% from pre-pandemic 2019, and the highest November ridership since Virginia launched its state-supported service in 2009.

In related developments, engineering, planning and consulting services firm Michael Baker International reported Nov. 17 that it had been selected by CSX to lead program and construction management for rail enhancement projects as part of the $4 billion Transforming Rail in Virginia initiative to improve passenger and freight rail capacity and relieve automotive traffic congestion, which former Gov. Ralph Northam unveiled in December 2019.