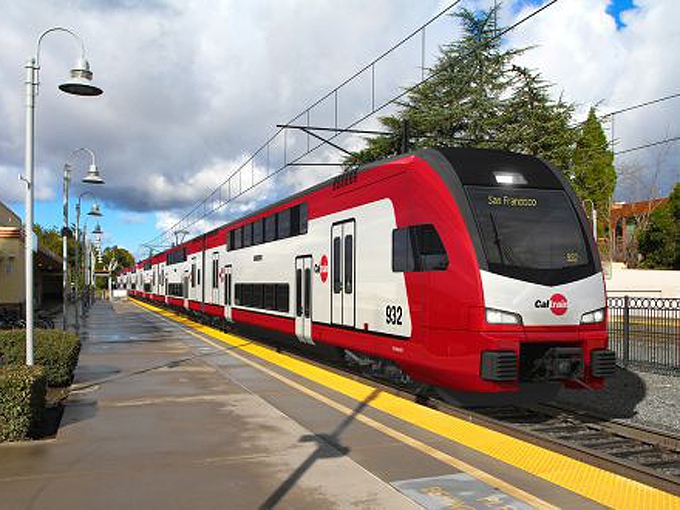 Caltrain has warned that the viability of its project to electrify the 52-mile San Jose-San Francisco corridor may be in jeopardy after newly appointed United States Transportation Secretary Elaine Chao ordered the Federal Transit Administration to defer federal funding.

The FTA says a decision on whether to proceed with the $US 647 million Full Funding Grant Agreement (FFGA) for the Peninsula Corridor Electrification Project (PCEP) will be deferred until the Trump Administration develops its Fiscal Year 2018 budget.

In September 2016, Caltrain awarded Balfour Beatty a $697 million contract to electrify the route, while Stadler Rail was selected for a $551 million contract to supply 16 six-car double-deck EMUs. Both are currently preparing for the project under a limited notice to proceed, Caltrain says a notice to proceed must be issued to the two contractors by March 1, but it cannot take this vital step without the FFGA. Deferral of the decision to execute the FFGA will prevent Caltrain from issuing the notice by this date and “may jeopardize the viability of the project itself.”

In a statement issued Feb. 17, Caltrain said it is “evaluating options for maintaining a viable project in the face of uncertainty about the timing of FFGA approval and the question about whether it will be approved at all.”

The project has secured $1.3 billion in local, regional and state funding and with federal funding would be ready for the start of construction. Caltrain says it has worked with FTA officials for two years to complete a thorough project evaluation, including intensive engineering assessments and federal vetting. Following the completion of this process the project was rated positively and met all of the statutory requirements needed to qualify for an FFGA.

Caltrain says federal investment in electrification of the commuter rail line will create more than 9,600 jobs both in California and other states including Utah, Florida, Virginia, Wisconsin and Colorado.