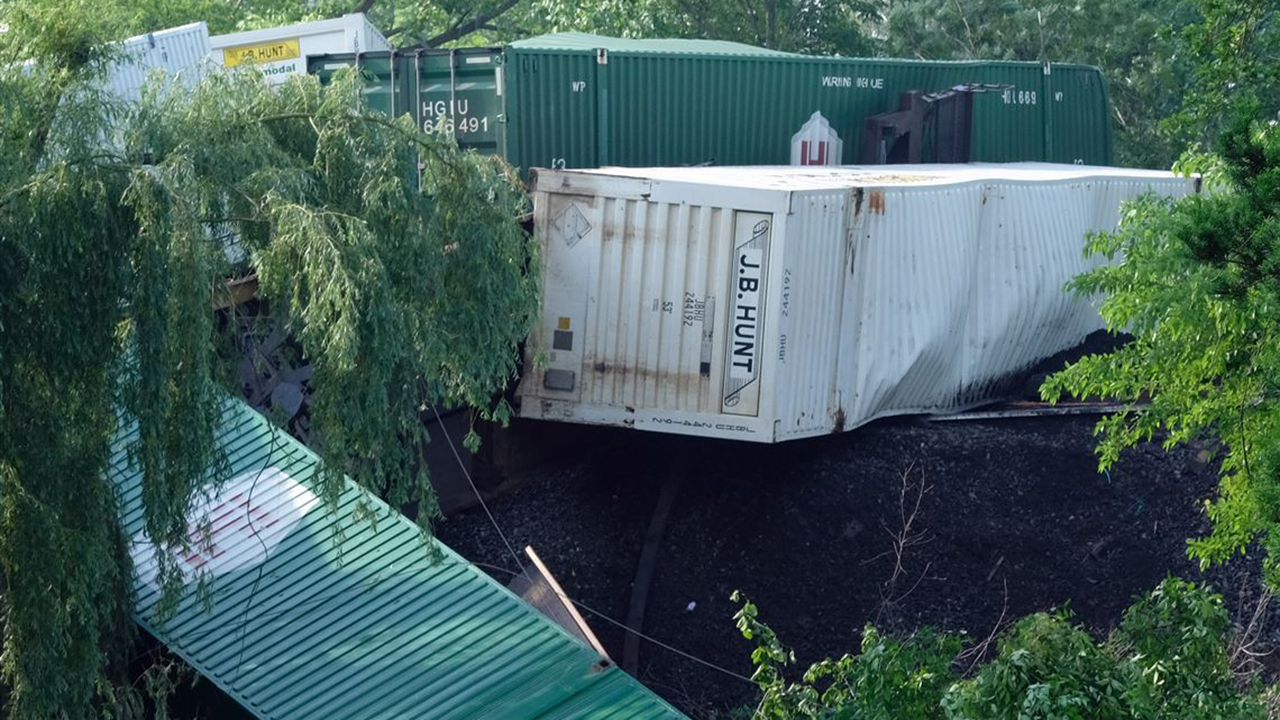 On June 6, the nation commemorated the 75th anniversary of the D-Day invasion of Normandy, a critical event along the path to victory in World War II. That day has been called “The Longest Day,” especially since the motion picture about the battle by that name was released in 1962. On June 7, hundreds of riders on Amtrak’s Lake Shore Limited and Capitol Limited experienced what, to them, may have felt like one of their own longest days, at least in recent memory. That experience was a trip on Amtrak between Chicago and the East Coast.

This report is mostly about the eastbound Lake Shore Limited, Train 48, which on June 7 at 2:00 pm EDT was located just east of Cleveland. Train 48 should have been 30 minutes out from Albany-Rensselaer, where one section heads to New York, one to Boston, but neither section was to arrive at its intended destination in the early evening, as scheduled, but in the middle of the night.

The delay was caused by a freight train derailment at Swanton, Ohio, about 20 miles southwest of Toledo. A collision involving a motor vehicle that had been abandoned on the tracks and a Norfolk Southern intermodal train, at about 10:15 pm on June 6, caused the derailment. Following the accident, more than 3,000 Toledo Edison customers lost power, and the heavily damaged right-of-way was closed for repairs, which NS said would be completed by early June 8.

Amtrak’s eastbound trains from Chicago, 48 and 30, the Capitol Limited, made it as far as Bryan, Ohio, 53 miles west of Toledo and near the Indiana state line, a stop for the Lake Shore Limited but not for the Capitol Limited. Amtrak’s westbound trains heading for Chicago, 49 and 29, got as far as Toledo, where they arrived on or close to schedule. Amtrak secured buses from a local school district, but not enough to handle all the passengers, many of whom had to wait for four to six hours for buses from Bryan transporting 48’s and 30’s passengers. When they eventually made it to Bryan, they continued their trips by rail on 48’s and 30’s equipment, which reversed direction.

In any case, my eastbound trip on 48 had started on a sour note. Train 30 left Chicago at 9:53 pm, more than 3 hours behind schedule. Train 48 left a few minutes behind it, more than 30 minutes behind schedule, and arrived in Bryan at 3:20 am, more than 90 minutes late. A “train” of seven school buses from the Bryan school system arrived about 8:00 am to take this writer and the other passengers from both trains to Toledo. They left at 8:27 am, more than 5 hours after the trains arrived (scheduled train travel time between Bryan and Toledo is 65 minutes). One of the school bus drivers said she was “woken up with a song” about 6:30 am, more than three hours after the trains arrived.

The first set of buses from Bryan with 48’s and 30’s passengers arrived at Toledo Station at 9:47 am, to drop their “cargo,” gather the westbound passengers, who had arrived either at 5:09 am (29, the westbound Capitol Limited, on time) or 6:19 am (49, the westbound Lake Shore Limited, about 25 minutes late) and transport them to Bryan. The buses departed Toledo over a two-hour period, with the last two departing at 11:47 am. The now-combined 49/29 (using 48’s and 30’s equipment) left Bryan for Chicago at 1:28 pm. The earliest it could have arrived in Chicago, according to Amtrak, would have been about 3:30 pm, almost 6 hours late for 49’s passengers; almost 7 hours late for 29’s. Passengers who were booked on long-distance trains headed west from Chicago missed their connections.

For eastbound passengers, it was a long wait at Toledo. Harpist Jacob Deck, who was going home to Boston, provided some music for the impatient crowd. Even with his help, it was a long wait. The station agent made a boarding call for 48 at 11:06 am, but the boarding did not begin until 11:50. The train finally left—with all riders facing backwards—at 12:24 pm; more than nine hours after 48’s 3:15 am scheduled departure time.

Passengers on 48 received a rare glimpse of downtown Bryan (the station is about a mile away) and the Ohio Art factory (where the Etch-A-Sketch was made before its manufacture was exported overseas), as well as a daylight run past Sandusky Bay, part of Lake Erie. They and most of the hundreds of riders on the four affected trains paid a high price for these bits of rare scenery. Many headed to Eastern cities would not arrive until well after most public transit stopped running for the night. Train 30 was not expected to arrive in Washington, D.C. until 12:39 am, after Metro Rail stops running. Train 48 was not due into New York City until 1:20 am, too late for this writer to catch an NJ Transit commuter train home. Train 448, the Lakeshore’s Boston-bound section, was not expected to arrive at South Station, Boston, until after 3:00 am. Maybe if it was delayed longer, it could have arrived shortly before the “T” started service in the morning!

This episode demonstrates clearly, once again, that Amtrak’s preparedness is dreadfully deficient. The incident that caused the disruption occurred at 10:15 pm, before 30 and 48 left Chicago. Could Amtrak have detoured the trains over another route to Toledo, thereby avoiding the bus bridge? Why did it take more than five hours to get buses out of Bryan and on the way to Toledo? Why weren’t there enough westbound buses originating in Toledo? Why were eastbound passengers forced to wait almost three hours at Toledo to continue their trip? Why did the combined Chicago-bound train leave Bryan so late? Why, why, why …?

We do not know the answers to those questions. Longtime Chicago advocate and Railway Age contributor F.K. Plous told this writer that Amtrak should have a service recovery plan to deal with emergencies like this one. He suggested that Amtrak have contracts in place with local bus providers, perhaps even school buses, that could be activated without delay to transport affected passengers to shelter and food until rail service can be restored or other arrangements can be made.

These recommendations make sense. If Amtrak had such a plan, buses would have been available sooner, at both locations, and Amtrak might have had a plan for dealing with the situation at Toledo and Bryan. Amtrak might have given the stranded passengers in their charge some food, which they did not (except for the “emergency snack packs” they keep on the trains, which are small and not exactly nutritious).

More important, Amtrak could have avoided wasting most of the many hours it took for them to resume their trips. If a proper plan had been in place to deal with the situation, many of 48’s and 30’s passengers who wound up stranded at their final destinations could have caught local transit to get home. Maybe, westbound passengers could have made their connecting trains from Chicago, rather than being stuck there until the next day. Amtrak could have saved the cost of keeping those people in hotels, and avoided the ill-will that being stranded creates , and that Amtrak cannot afford.

This writer, had six long hours to think about these questions, while sitting up all night at Penn Station New York, waiting for NJ Transit’s first morning train. You might say, “Well, why didn’t he just take a taxi, or an Uber?”

Those are expensive choices, roughly $85 to my home in northern New Jersey, not including a tip. Do you think Amtrak would reimburse me?

This story was filed during the mid-afternoon, when Train 48 had covered only about one-third of the distance between Chicago and its eastern terminals. Amtrak (through Julie, its automated “spokesperson”) had acknowledged the arrival times mentioned in the story, and Amtrak’s expectations must be taken as a “best-case” scenario. In actuality, the arrival times were much later than Amtrak’s predictions indicated.

Our train stood for two hours at Erie waiting for a relief crew, and another 80 minutes at Buffalo-Depew for the Mechanical Department to undertake a 1,000-mile inspection of the equipment, which had gone west to Toledo and turned around there. The train and its tired passengers finally arrived at New York Penn Station at 7:23 am; 12 hours and 48 minutes behind schedule. The Boston section, Train 448, arrived at South Station at 10:45 am; 14 hours and 44 minutes late. Not to be outdone, Train 30 finally arrived in Washington, D.C. at 5:06 am; 16 hours and one minute behind schedule. The Chicago trains did only slightly better; Train 29 arriving as predicted at 4:48 pm (8 hours and 3 minutes behind schedule) and Train 49 at 4:58; 7 hours and 8 minutes late, which was still late enough for passengers on both trains to miss any connecting trains going west.

Ironically, the eastbound trains were so late that riders were spared the experience of sitting in the train station until transit started its Saturday service day. This writer missed the first departure of the day on NJ Transit and had to wait for the next train, which did not leave until after 8:00 am.

After this story was filed, Amtrak provided a free slice of pizza for passengers on 48 and 448 in the lounge car (there is no dining car). By the time the pizza was served, it was cold.

Talk about an Unhappy Meal! 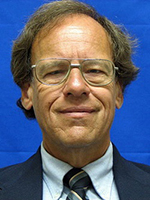