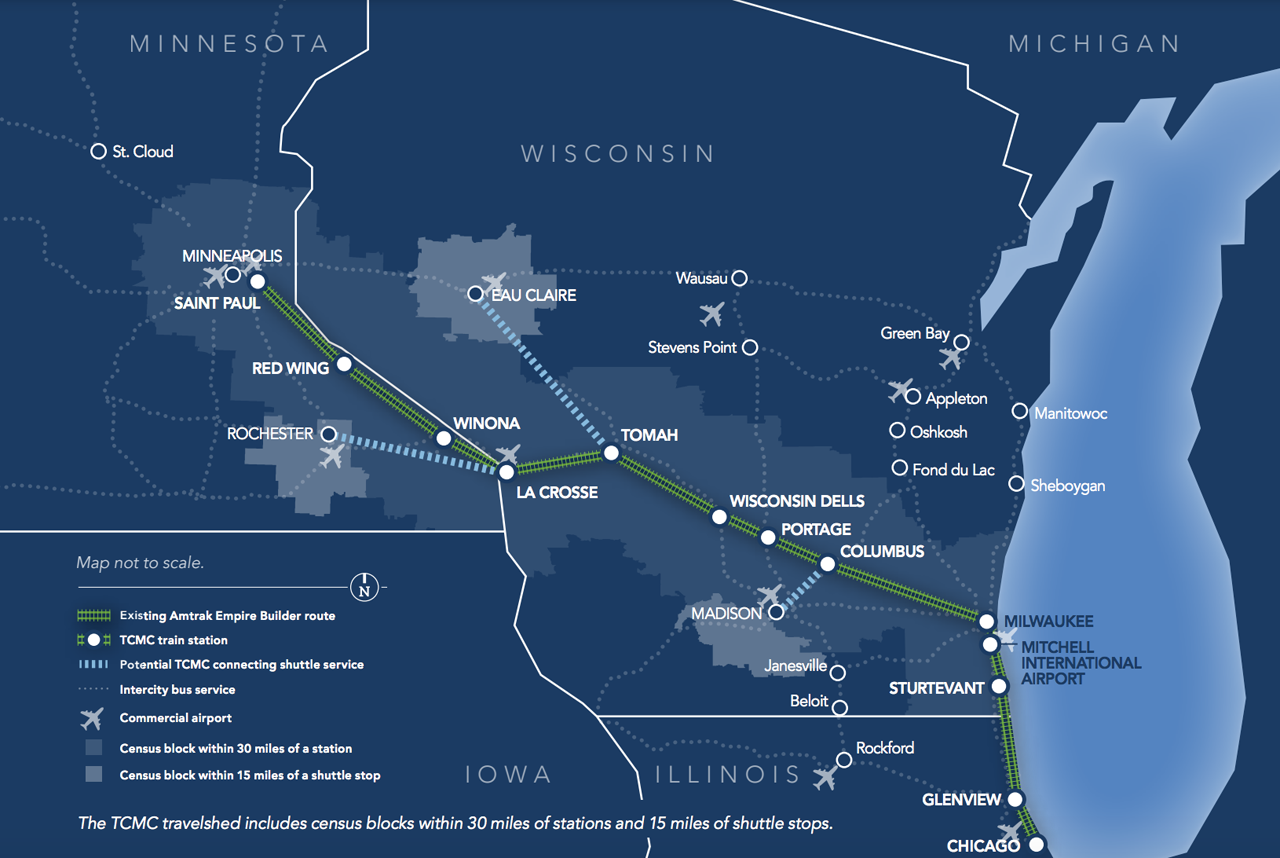 The project will add a second daily round-trip passenger train to the 411-mile corridor between the Twin Cities (St. Paul and Minneapolis, Minn.) and Chicago, Ill. The service will be operated by Amtrak and follow Amtrak’s existing long-distance Empire Builder route. There will be 13 station stops, shared with Amtrak’s Hiawatha and Empire Builder routes. Service is slated to begin in 2024 with an annual ridership of 124,000.

The $10 million investment is from Minnesota’s $7 billion omnibus transportation funding package recently signed into law by Gov. Tim Waltz. It will be combined with funds committed by Wisconsin ($6.5 million) and Amtrak ($5 million, plus additional funding for Winona, Minn., station upgrades), resulting in a full match for the $31.8 million Federal Railroad Administration (FRA) grant awarded in 2020. The $53.3 million total covers the capital portion of the project and green lights final design and construction of freight rail track and signal improvements in and around Winona and La Crescent, Minn., according to Saint Paul, Minn.-based Great River Rail Commission.

The next steps for the project are to reach agreement on a Memorandum of Understanding (MOU) between the states of Minnesota, Wisconsin and Illinois, and Amtrak and host freight railroad Canadian Pacific, the Commission reported. Once approved by all parties, the MOU will be submitted to FRA. The Wisconsin and Minnesota Departments of Transportation will lead the process of establishing the agreements, as well as final design and construction of the project.

“This is a great day [June 28] for passenger and freight rail, and a great day for Minnesota,” said Great River Rail Commission Chair and Hastings City Council member Mark Vaughan. “The members of this commission, representing 18 local governments, have long advocated for the expansion of passenger rail service in our state. We are extremely grateful to the Minnesota legislators and the Governor who worked so hard to pass this important legislation.”

“Thanks to Gov. Walz, a bi-partisan Legislative coalition and the communities working with the Great River Rail Commission, Amtrak is ready to take the next steps to make the TCMC Second Train a reality as soon as possible,” Amtrak CEO Bill Flynn said. “Together with our partners at MnDOT and the Wisconsin DOT, this bill unlocks federal funds that will enable all of the Amtrak cities on the route to have more travel options that are comfortable, reliable and environmentally friendly.”