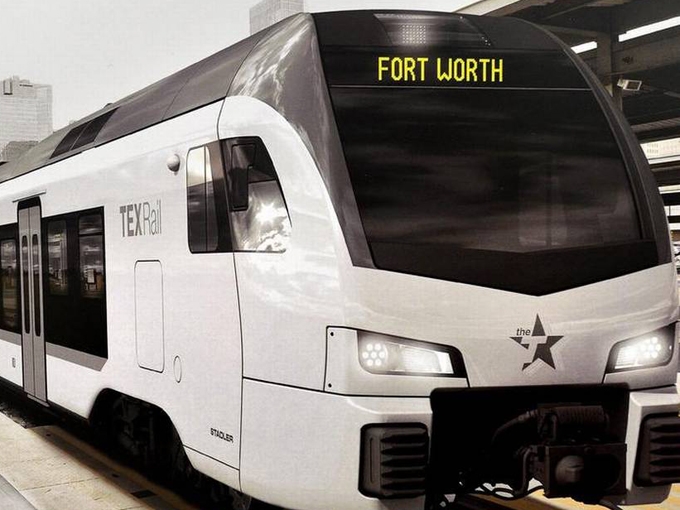 Stadler U.S. will be manufacturing DMU (diesel multiple-unit) vehicles for the Fort Worth Transportation Authority TEXRail project at the Utah location. Stadler Rail has indicated that if it chooses Utah as a permanent location for its North American manufacturing, the company’s expansion would create up to 1,000 jobs over the next 15 years. The total wages in aggregate are required to exceed 110% of the county average wage. The projected new state wages over the life of the agreement are then expected to be approximately $576 million. Projected new state tax revenues, as a result of corporate, payroll and sales taxes, would be an estimated $40.3 million over 15 years. The project could generate up to $30 million in capital investment.

If Stadler Rail selects Utah for its permanent location, the company may earn up to 25% of the new state taxes it will pay over the 15-year life of the agreement in the form of a post-performance incentive. As part of the proposed contract with Stadler Rail, the Utah Governor’s Office of Economic Development (GOED) Board of Directors has approved a post-performance incentive of up to $10.1 million. This amount includes both an Economic Development Tax Increment Finance (EDTIF) tax credit rebate and an Industrial Assistance Fund (IAF) grant of $500,000. The first half of the IAF grant is for necessary rail-related upgrades, with the other half of the funding available for facility upgrades upon permanent selection of the Utah location. Once Stadler Rail enters a contract with the state, it will be able to earn a portion of the total tax credit rebate each year that it meets the criteria of the contract.

“We find time and again that the very best way to sell anyone—business or individual—on Utah is to simply bring them here,” said Val Hale, executive director of the Utah GOED. “Stadler Rail is a leading company in global manufacturing, and I believe they’ll quickly see that Utah has everything they need to effectively serve their North American market. I applaud the GOED Board of Directors for their proactive decisions on this project and look forward to building a strong relationship with this impressive company.”

“We are delighted that Utah is able to provide such a great location for the final assembly of our trains for the TEXRail order,” said Peter Spuhler, owner and CEO of Stadler Rail Group. “Conditions here are ideal, and we are confident that this represents important progress in our U.S. business. The two-phase plan enables us to manufacture trains for the TEXRail order under optimum conditions and, based on orders received, to extend and further expand our activities in the U.S.”

“The Utah facilities meet our requirements for fulfilling the TEXRail order and any further options,” said Martin Ritter, CEO of Stadler U.S. “I am delighted to have the chance to establish Stadler’s initial U.S. site here. In our cooperation with the authorities I have witnessed what is, in my view, exemplary promotion of economic development. This really makes the entry into the U.S. market much easier for us.”

“I’m very excited to see Utah selected as the temporary location for Stadler’s new manufacturing operation,” said Jeff Edwards, president and CEO of the Economic Development Corporation of Utah. “From our initial conversation with the company more than a year ago, it was obvious they are a special organization. I’d like to commend all of ‘Team Utah’ for working together to make this announcement possible.”

Stadler Rail Group has locations in Switzerland (Altenrhein, Bussnang, Winterthur and Biel), Germany (Berlin-Pankow, Berlin-Reinickendorf and Velten), Poland, Hungary, the Czech Republic, Italy, Austria, the Netherlands, Belarus, Algeria and the U.S. The Group has a workforce of around 6,000 people. The best-known vehicle series from Stadler Rail Group are the articulated multiple-unit GTW (600 sold), the Regio-Shuttle RS1 (497 sold), the FLIRT (1,128 sold), the double-decker multiple-unit train KISS (216 sold) and the high-speed EC250 (29 sold) in the railway segment, and the Variobahn (407 sold) and the Tango (159 sold) in the streetcar segment. The Metro is another addition for the commuter rail market (37 sold). Stadler Rail manufactures meter-gauge trains, passenger cars and locomotives and is a leading manufacturer of rack-and-pinion rail vehicles.