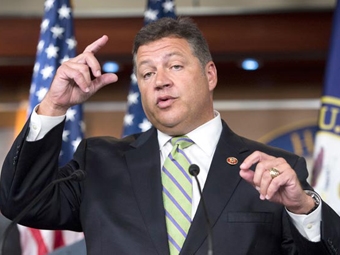 The House Transportation and Infrastructure Committee has introduced H.R. 749, the Passenger Rail Reform and Investment Act of 2015 (PRRIA). The bill, identical to legislation introduced in 2014 by T&I, is described as “bipartisan legislation that improves the infrastructure, reduces costs, creates greater accountability and transparency, leverages private sector resources, and accelerates project delivery for Amtrak and the nation’s passenger rail transportation system.”

The 2014 bill never gained traction out of Committee, but with Republicans controlling both houses of Congress, Capitol Hill observers say the 2015 version has a better chance of advancing.

Among PRRIA’s lofty (some observers say unrealistic and impractical) goals:

• “Reform Amtrak to increase transparency, reduce costs, and operate more like a business” by “eliminating Amtrak’s losses in food and beverage service; mandating that Amtrak carry out a business case analysis for all major procurements, and eliminating Amtrak’s black-box accounting and require transparent bookkeeping aligned with core service functions.”

• “Empower states to have a greater role in managing routes” by “ensures states are equal partners, giving them a greater say in decision making to ensure passengers get the best service, strengthening transparency to give states and Congress greater insight into Amtrak’s accounting to identify areas for improvement, and requiring Amtrak to evaluate long-distance routes, improve services, and lower costs.”

“Passenger rail has a role to play in our transportation network, but we’ve simply got to do it better,” Shuster said. “This bill focuses on reforms, transparency, and accountability for Amtrak. By compelling Amtrak to operate more like a true business, cutting red tape, and opening the door to more private sector resources, we can make some long overdue improvements to passenger rail transportation in the United States.”

“In every region of the country, passenger rail investments boost local economies and create thousands of family-wage construction, engineering, and manufacturing jobs,” DeFazio said. “This bipartisan legislation provides critical investments and system-wide improvements to increase capacity and make our railways safer. I look forward to working with my colleagues to pass this important legislation.”

“This bill, which passed the Committee with unanimous bipartisan support last Congress, will give Amtrak the ability to modernize and improve so that they can best serve the millions of Americans who depend on its service daily,” said Denham (who has attempted numerous times to derail California’s high speed rail initiative). “It will also cut costs, ensure greater accountability to the public, and speed up project delivery across the nation.”

“This bipartisan legislation will improve passenger rail service which is an important component of an effective transportation network. Increasing investment in rail service not only leads to better customer service, it also creates economic benefits and employment opportunities,” said Capuano.

“Passenger rail presents one of the best transportation alternatives for relieving congestion on some of the nation’s most crowded highways and in our busy airspace,” T&I pointed out. “However, the rail system and Amtrak—the country’s intercity passenger rail provider—must be reformed and improved. For years, Amtrak has operated under unrealistic fiscal expectations and without a sufficient level of transparency. Profits from Amtrak’s only profitable route—the Northeast Corridor (NEC)—currently are not invested back into the corridor. (Editor’s note: The NEC is “profitable” only if above-the-rail costs are taken into account, and not the corridor’s massive infrastructure investment and improvement needs.) And although significant ridership increases are occurring on Amtrak’s state-supported routes, its inconsistent financial structure and ‘black box’ accounting system hamper states’ ability to help manage the routes and understand what exactly it is they’re paying Amtrak for. In addition, rail infrastructure projects are unnecessarily delayed by unwieldy review processes that cost time and money, and current law that limits the ability to partner with the private sector holds back the development of the system.”