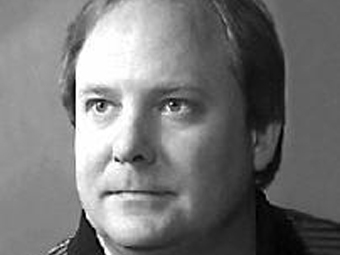 Kenneth M. Uznanski, Jr., the former head of the Washington State Department of Transportation Rail Division and a highly respected national figure in passenger railroading, died July 7, 2014 at St. Peter Hospital in Olympia, Wash. He was 52.

Between 1991 and 2010 at WSDOT, Uznanski was instrumental in developing the highly successful Pacific Northwest Rail Corridor and implementing many other improvements to the state’s passenger and freight rail services.

“While several individuals deserve credit for Washington state’s successful rail passenger program, none more than Ken Uznanski, fine husband, father, and manager, and guiding light of the WSDOT’s Rail Division for many years,” writes consultant and passenger rail advocate Lloyd Flem of All Aboard Washington. “From the viewpoint of one who worked very closely with Ken, I knew his managing of Washington State’s rail program was not just a job, it was a calling. He knew all aspects of what the work entailed, worked with uncommon diligence to lead a loyal crew to where Washington was judged throughout our country as having among the very best state-level passenger rail programs. During Ken’s years as Rail Manager, I had open access to him at all times. My job was to help carry his message to the legislature, civic and community leaders, and members of Congress. A mutual trust was present and total. Ken understood that an independent rail advocate could often approach elected officials and other influential people in a way public employees or others with narrower corporate or institutional interests could not as easily do.”

Consultant Tom White worked closely with Uznanski on Washington State rail programs: “Ken led a small, dedicated group of state, Amtrak, BNSF employees, and consultants in developing passenger and freight rail improvements in the state of Washington. Under his watch, the Pacific Northwest Rail Corridor program was developed from an idea into today’s Amtrak Cascades service. The 2007 report on the program contained a plan for current and expanded 110 mph service that was sufficiently detailed to cause Washington State to be awarded the first federal high speed rail grant money, $6 million, and to be subsequently awarded a second grant of close to $800 million.

“WSDOT developed a close working arrangement among Amtrak, WSDOT, and BNSF. The working team had one goal—develop a high quality rail system in Washington, passenger and freight. Passenger service between Seattle and Vancouver, B.C. was restored and the long process of all passengers getting off the train for customs at Blaine/White Rock was eliminated. Dozens of municipal and other speed limits between Vancouver, Wash., and Blaine, Wash., were eliminated. New crossing signals were installed at virtually every grade crossing between Vancouver and Blaine. Washington State developed the performance spec that would ultimately become the Amtrak Cascades Talgo trains, and worked with BNSF to develop and implement the higher speed limits that the Talgo trains were capable of achieving, reducing Portland-Seattle schedule running time by 30 minutes.

“The rail office conducted an economic study that demonstrated the advantage to the state of funding the rehabilitation of the Cheney-Coulee City former BN branch line as well as other freight branch lines. Washington State acquired a train of grain cars so that Washington State growers wouldn’t suffer from BNSF filling car orders for longer haul in preference.

“Ken was interested in quality, on the job and off. Under his leadership, nothing was designed or implemented to be good enough just to get by. Everything had to be done right. For those of you who notice the difference between the original Talgo trains in Amtrak Cascades service and the new ones that were just placed in service, you have Ken and his team to thank for the level of comfort and service in the original trains and in the Amtrak Cascades service. Ken held the consultants on his team to a very high standard. We were awarded repeat contracts not because we had been around a long time, but because we were required to demonstrate knowledge and high quality work every day and every time the contract came up for renewal.”