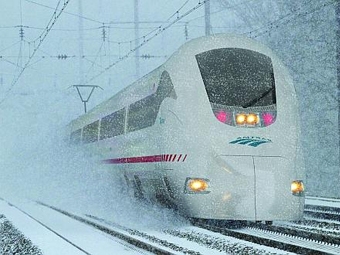 Following is GAO’s summary of the study, the complete version of which can be downloaded by clicking HERE:

Amtrak’s 2012 reorganization into Northeast Corridor, state-supported, and long-distance business lines established a structure to improve accountability for performance, but Amtrak could do more to accurately demonstrate its results. Most notably, Amtrak’s new strategic management system as implemented by its long-distance line of business reflects several leading performance-management practices, such as linking line-of-business goals and initiatives to corporate-wide strategic goals, assigning personnel to execute initiatives, and tracking the results. However, Amtrak has not prioritized the implementation of this system across all of its remaining lines of business and departments. Furthermore, Amtrak’s inconsistent and incomplete reporting of its financial data hinders Amtrak’s ability to demonstrate the performance of its lines of business.

Amtrak and its stakeholders have developed a plan to address critical Northeast Corridor infrastructure needs, but its implementation faces significant challenges. Many of the corridor’s bridges and tunnels are aging and in need of replacement to bring them to a state of good repair. The Northeast Corridor Infrastructure and Operations Advisory Commission (Commission)—which includes the Department of Transportation, Amtrak, states, and others—has developed a 5-year capital plan costing $17.7 billion from fiscal years 2016 through 2020 to begin addressing the backlog of deferred investments and make other improvements. But implementing this plan presents challenges because it lacks funding for 60 percent of its costs and would require Amtrak, states, commuter railroads, or the federal government to provide additional funding of about $2.1 billion per year through 2020. The Commission also lacks criteria for prioritizing projects; as a result, Congress and states lack information to inform their decisions about whether to provide additional funding to implement the Commission’s plans.

Although requirements in the Passenger Rail Investment and Improvement Act (PRIIA) of 2008 have resulted in a methodology that increased states’ share of costs on state-supported routes and reduced federal subsidies, these routes still require federal funds to support their operation. More specifically, states’ increased share of operating and capital equipment costs reduced Amtrak’s reliance on federal funds by about $100 million for these routes in fiscal year 2014 compared to 2013. Amtrak still required almost $86 million in federal grants in fiscal year 2014 to cover operating losses from these routes, and Amtrak reported that it will continue to require federal funding for these routes. However, Amtrak has not developed clear information detailing the specific costs and activities that this federal assistance is intended to cover. In the absence of such detailed information, Amtrak lacks critical information to help it assess its costs and is not well positioned to develop strategies to reduce the cost of its services. Similarly, many states have questioned the accuracy or transparency of Amtrak’s cost information, and Amtrak has experienced challenges in finalizing fiscal year 2015 operating agreements with several states. In response, Amtrak, states, and the Federal Railroad Administration (FRA) have established a formal process for the parties to discuss states’ concerns and make improvements to the cost allocation process moving forward. Some states have also sought opportunities to reduce costs by seeking alternative passenger rail providers, but the results of these efforts have yet to be realized.

Why GAO Did This Study

Amtrak provides a range of passenger services on its Northeast Corridor, state-supported, and long-distance routes, but has not consistently reported revenues and expenses for these services. In 2008, PRIIA directed Amtrak to address this and other issues. In response, Amtrak reorganized into three business lines for its services to make its finances more transparent and management more accountable. GAO was asked to review Amtrak’s efforts to reorganize and implement certain PRIIA reforms.

This report evaluates: (1) the status of Amtrak’s reorganization; (2) Amtrak and stakeholder efforts to address Northeast Corridor infrastructure needs; and (3) the impact of PRIIA requirements on state-supported routes. GAO reviewed Amtrak financial data (fiscal years 2010 through 2014), planning documents, and interviewed Amtrak officials and key stakeholders from the FRA, 18 states that support Amtrak routes, and 7 commuter or intercity passenger railroads selected for their scope of operations.

GAO recommends that Amtrak (1) prioritize the adoption of its strategic management system company-wide, (2) improve its financial reporting, and (3) detail costs of state-supported routes paid by federal grants and (4) that the Commission develop criteria to prioritize planned investments. Amtrak agreed with the first recommendation and provided context about the other recommendations. GAO continues to believe its recommendations are valid as discussed further in this report. The Commission concurred with GAO’s recommendation for it.