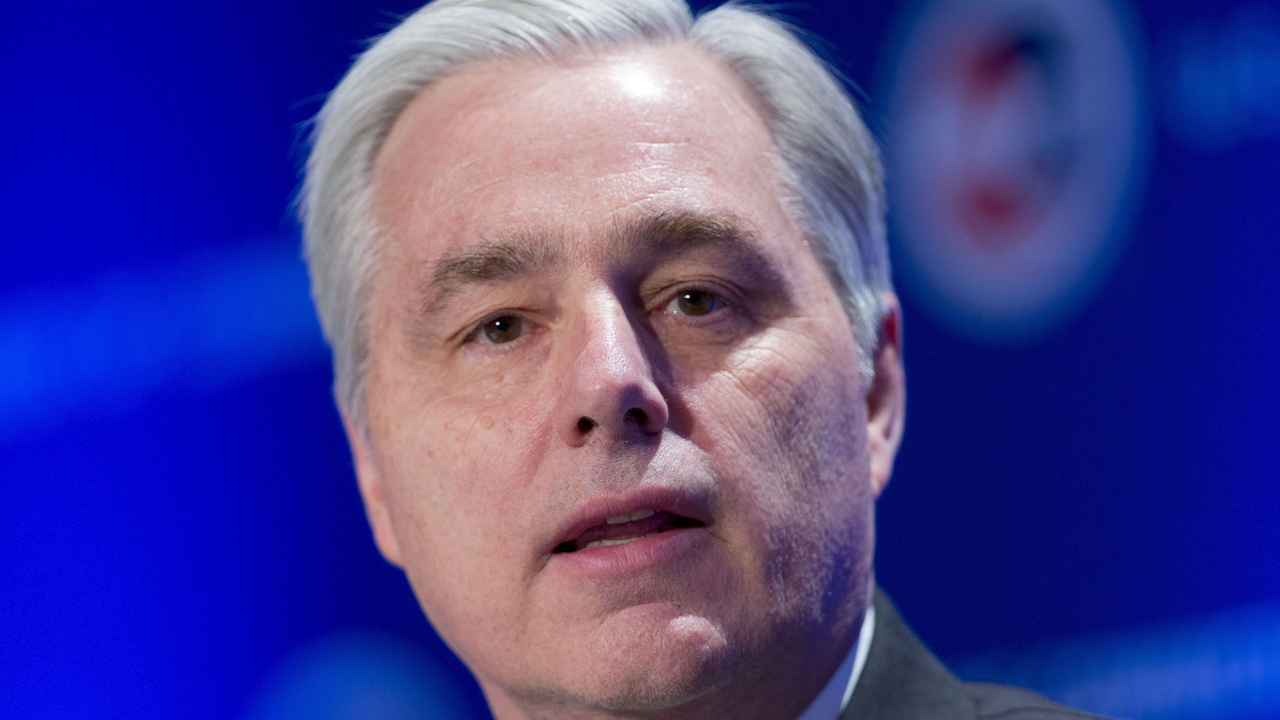 As Amtrak enters it 50th year, many of its schedules bear little resemblance to the service that was offered a mere two months ago. President and CEO Richard Anderson is out (though serving in a transitional role), and William Flynn is in. Will that change at the top mean much to Amtrak customers and supporters? The COVID-19 pandemic has knocked out a large portion of Amtrak service, as well as much local transit. Still, the nation will come back to life in some fashion, someday. How will Amtrak participate in the recovery? Anything can happen in these unpredictable times. What could happen in Amtrak’s possibly most-pivotal year?

In one respect, today’s Amtrak schedule is the sparsest that “America’s Railroad” has ever operated. Even in the dark days of the early 1970s, there were more trains on Amtrak-operated corridors than are running now. Amtrak’s pride and joy, the higher-speed Acela trains, are “grounded” until June 1, an appropriate use of an airline term, since the railroad’s outgoing and incoming chief executives have more experience in the aviation industry than in the railroad industry.

Today’s Amtrak schedule is supremely ironic. It is well-known that Anderson, along with Executive Vice President Stephen Gardner and Board Chair Anthony Coscia, are not friendly toward long-distance trains, considering them nostalgic and outdated. Yet they serve as lifeline transportation for communities along their routes, as well as a relatively comfortable mode for travelers. It is also no secret that many rider-advocates consider Anderson’s actions as hostile to Amtrak’s customers. Anderson’s policies, widely perceived as anti-rider, are still in force. They range from legal to “experiential,” a word that he often used to disparage long-distance trains. On the legal side, Amtrak now forces customers to submit to arbitration and waive their “right” to go to court if they are injured on Amtrak or otherwise aggrieved. On the “experiential” side, the long-distance trains west of Chicago and New Orleans now feature the pre-prepared meals for sleeping car passengers. The latest downgrade on the longest-distance trains is “temporary” according to Amtrak. This is understandable at the moment, because Amtrak is doing well to run the trains at all, and the virus has hit the crew rosters on every railroad.

Meanwhile, the undeclared war between the Northeast Corridor and the rest of the Amtrak network continues to simmer. Like Anderson, Gardner and Coscia are strong NEC partisans, while advocates elsewhere in the country complain that Amtrak shows favoritism toward the NEC and the local railroads that operate on it, while shortchanging the rest of the system.

Because of the COVID-19 virus, Amtrak’s situation is deteriorating rapidly. There are few riders on Amtrak or on local transit these days, but both provide essential transportation. Both are operating skeletal networks and levels of service, although neither is taking in much revenue. Nobody could have predicted this situation a few months ago, but it is dire, and will remain that way for some time. Some transit providers and Amtrak are getting money under the CARES Act to fill in the deficits that everyone hopes will last only for the short term. Amtrak will get $1.02 billion through the FRA. Amtrak needs that money to survive in the short run, but it will be up to Amtrak to recover after this emergency is over. How well the company does at recovering, and even gaining some market share for its different components, remains to be seen.

Are the managers who will be running Amtrak in the near future capable of enhancing Amtrak’s ridership and market position? Are advocates capable of presenting a unified voice for Amtrak’s riders and push for needed government help while, at the same time, holding the feet of Amtrak’s managers to the fire when it comes to running trains and providing appropriate service?

Amtrak will need to do something about the NEC to ensure a viable future. The NEC is still Amtrak’s busiest line, even with today’s reduced service. Many more customers who ride its rails do so on trains operated by commuter railroads like NJ Transit and SEPTA, than on Amtrak trains. Advocates in the region say that the NEC is essential to region’s economy, and that it would be impossible to build enough highways to replace the line’s capacity. Amtrak’s top management agrees, and it is difficult to dispute that position. However it may be administered, the NEC hosts a lot of trains and carries a multitude of riders, under normal circumstances.

Advocates elsewhere claim that Amtrak is spending too much on the NEC and undercharging local railroads for access (though the cost rose substantially under PRIIA legislation), to the detriment of the national network. Some have gone so far as to claim that long-distance trains would be profitable, if it were not for Amtrak’s practice of allocating a portion of their costs of running and maintaining the NEC. Some advocates and elected officials in the states that pay for Amtrak’s state-supported trains have said that. also under PRIIA, Amtrak overcharges those states, too. They are probably correct, at least to some extent. The problem is that few outside Amtrak really know for sure. Amtrak’s accounting appears questionable, and it is not universally trusted. According to several advocates with appropriate degrees and experience, Amtrak’s accounting does not meet GAAP standards.

All of this has raised questions about the veracity of Amtrak’s accounting practices. That, in turn, raises doubt about the reliability of any of Amtrak’s numbers and, possibly even their content validity. The bottom line, to many advocates, is that Amtrak’s numbers do not appear trustworthy and could be more self-serving than informative. Without reliable numbers, it is impossible to monitor Amtrak’s performance, determine exactly which problems need to be addressed, or even think about possible solutions.

We know now that the recent CARES Act appropriation will last only for the short term. We know that Amtrak will need to rebuild its ridership and replace its aging long-distance fleet. Nobody knows how much money Amtrak will have for a capital program during the next few years. Some  capital spending involves improvements on long-distance routes, but much of it goes to the NEC. At this juncture, it is unknown how much Amtrak can afford to spend for improvements on the NEC and its branches, and for which projects. For the long run, Amtrak and the Federal Railroad Administration (FRA) have been planning the NEC FUTURE Project, which would create a higher-speed line in the region. There has not been much activity on that front lately, and the massive expenditure needed to construct and eventually operate such a line can be postponed for a few more years, if necessary. Plus, there are near-term projects competing for scarce capital dollars. Can Amtrak even afford to keep the NEC, given its high costs, or should somebody else be running it?

However the NEC is structured or operated in the future, it is unclear whether Amtrak can afford to keep it. Decisions concerning both Amtrak and local transit providers are political, because both are in the public sector. The federal government, as well as some of the states, have not been shy about investing public funds in the transportation sector when they felt the political motivation to do so. Federal investment in highways has accumulated past the trillion-dollar mark. Similar investment in airline travel has reached the hundreds of billions. By comparison, advocates have used the term “a rounding error” to describe the magnitude of government investment in passenger rail.

Some observers are surprised that second-in-command Stephen Gardner did not get the top job. Others aren’t, believing he is in the “on-deck circle,” waiting to assume the top post when, and if, the Democrats take back the White House. Gardner was a long-time Democratic senior staffer. In this era of extreme, bitter partisanship under POTUS Donald Trump, there is no way his Secretary of Transportation, Elaine Chao—who has served four Republican Presidents (Reagan, Bush I and Bush II, and Trump)—will allow a Democrat to run Amtrak, they say. They’re probably correct.

Amtrak’s most-respected leaders had extensive railroad experience, and were familiar with passenger transportation. W. Graham Claytor, Jr., who came from the Southern Railway, is almost-universally acknowledged as the best CEO in Amtrak’s five-decade history. David Gunn, whose career before Amtrak included stints at the Santa Fe and a number of major transit providers, was widely respected. Yet, some of Amtrak’s leaders came from the airline industry. They include Amtrak’s first president, Roger Lewis, Anderson himself, and now Flynn.

We do not know much about Flynn yet, except that he has no discernible experience in passenger rail management. He does, however, come from a railroading family. His father was a Conrail engineer; his uncle, an Amtrak engineer; and his brother, an Amtrak conductor and local union chair. That may be the one bright spot in his background, because he has spent most of his career in the airline industry, as CEO of Polar Air Freight and Atlas Air, Inc., a freight carrier that also runs military and commercial passenger charters, but no scheduled passenger service. His only railroad experience was as Senior Vice President-Merchandise Service Group at CSX. Lacking passenger rail experience, Flynn will need to ascend a learning curve as he settles into his new job at Amtrak.

At his last on-line meeting session with Amtrak employees, Anderson said, “We are going to be a very different railroad when we come out the other on the other side of this. We will be 20% smaller … We will build up from where we are as customers buy tickets. The hope is that people will realize we’re much better than airlines in shorter-haul markets because we don’t pack ’em in like the airlines do.”In an era when a larger percentage of Americans than ever are expressing concern about the environment and over-dependence on oil and automobile transportation, and when young people are flocking to cities and using transit as part of the urban lifestyle, it would make more sense for Amtrak to aim toward growing, rather than shrinking.

If Flynn is going to set a course for improving Amtrak, he will need to distance himself from Anderson quickly. The airlines compete directly with Amtrak for customers in some markets (notably, the NEC). The idea that Amtrak will shrink may warm the heart of an airline man like Anderson. If the prospect of a shrinking Amtrak warms Flynn’s heart, he will do little to change Anderson’s policies. It is up to him to demonstrate to the riding public and to elected officials that he, unlike Anderson, could emerge from a competing industry and “Make Amtrak Great Again” (to appropriate an expression from Pennsylvania advocate Bennett Levin), if it ever was.

The riding public is holding its collective breath with cautiously hopeful apprehension, fueled for decades by the so-far-unfulfilled desire for a better Amtrak. There is really little else we can do.

David Peter Alan is Chair of the Lackawanna Coalition, an independent non-profit organization that advocates for better service on the Morris & Essex (M&E) and Montclair-Boonton rail lines operated by New Jersey Transit, and on connecting transportation. In New Jersey, Alan is a long-time member and/or board member of the NJ Transit Senior Citizens and Disabled Residents Transportation Advisory Committee and Essex County Transportation Advisory Board. Nationally, he belongs to the Rail Users’ Network (RUN). Admitted to the New Jersey and New York Bars in 1981, he is a member of the U.S. Supreme Court Bar and a Registered Patent Attorney specializing in intellectual property and business law. Alan holds a B.S. in Biology from Massachusetts Institute of Technology (1970); M.S. in Management Science (M.B.A.) from M.I.T. Sloan School of Management (1971); M.Phil. from Columbia University (1976); and a J.D. from Rutgers Law School (1981). 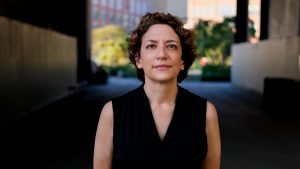