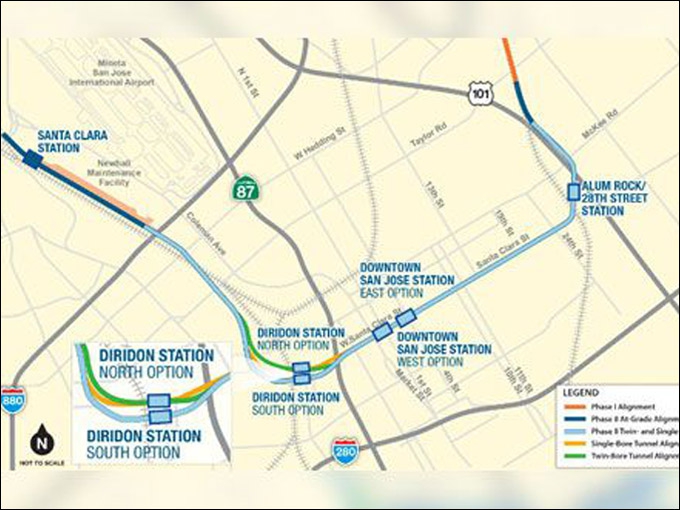 The extension applies to the six-mile BART Silicon Valley Phase II Extension, from March to June 2018, SCVTA has announced.

The authority said it made the request to allow for time to refine design considerations for the two different tunneling methods—single and twin-bore—which were being considered for the five-mile subway construction project which reaches into downtown San Jose, Calif.

“This nod from FTA affirms the importance of spending additional time to fully examine new innovations in the construction industry that can help us build a project that is safe and minimizes construction impacts to downtown San Jose residents and businesses,” said Sam Liccardo, SCVTA Board chair and mayor of San Jose.

The transportation authority said several activities must take place during the project development phase to establish a cost estimate and financial plan for the project by June 2018.

The work ahead entails defining the project scope; identifying a funding plan, which is required to allow the project to be included in the regional long-range transportation plan; and completing the environmental review process, officials said.

The authority said it has nearly completed the requirements and is collaborating with Bay Area Rapid Transit (BART) to identify the tunnel option that meets the needs of both BART as the operator and the expectations of community stakeholders.

Currently, the final state and federal environmental documents are being prepared for public circulation, SCVTA said, adding that technical forums are also being held between SCVTA and BART on the single and twin-bore design.

The authority’s Board of Directors is also set to approve the project with the final recommended project description in April 2018, with an anticipated Record of Decision from FTA expected to follow in June 2018.