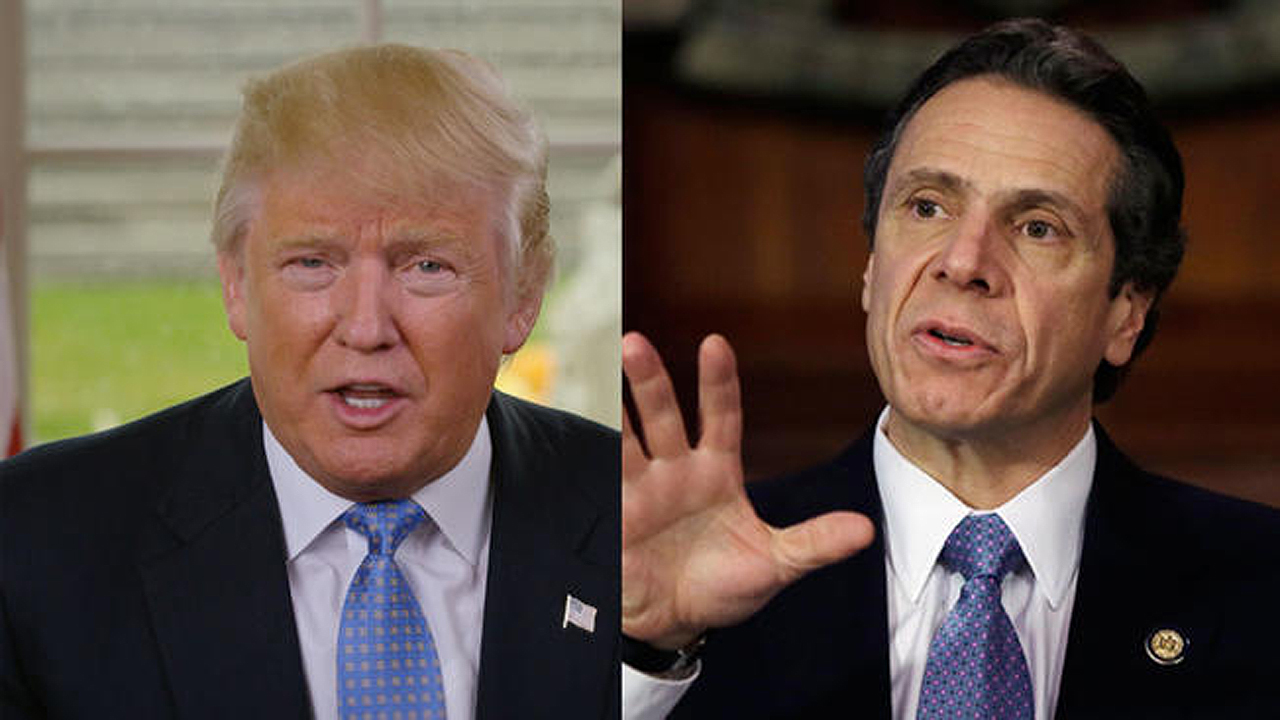 According to a report in the Nov. 29 Wall Street Journal, Cuomo “proposed cutting Amtrak out of efforts to rebuild a critical rail tunnel beneath the Hudson River and is seeking new estimates about what it would cost to construct a new tube connecting New Jersey to Manhattan. The new plan emerged … after the Governor had lunch at the White House with President Trump, which Cuomo said was scheduled after he produced a video showing saltwater damage [from Superstorm Sandy] and deteriorating conditions in the existing tunnel, built in 1910” by the Pennsylvania Railroad as part of the PRR’s massive New York Improvements Project, which resulted in the station and facilities used today by Amtrak, NJ Transit and the New York MTA.

Adding two new tunnels under the Hudson River and repairing the existing ones is estimated by Amtrak at $13 billion, the largest portion of the $30 billion Gateway Program, the federal funding share for which has been stalled since Trump took office. The States of New Jersey and New York (through NJ Transit, primary user of the Hudson River tunnels, the Port Authority of New York and New Jersey, and the New York MTA), would provide 50% of the funding, with the USDOT matching that, based on a commitment described as a “framework of an agreement” with the Obama Administration a few years ago.

However, the Obama Administration’s intent was not backed by a formal agreement. In a December 2017 letter, Federal Transit Administration Deputy Administrator Jane Williams wrote that “no such agreement exists or ever did.”

Cuomo, as well, “seemed to question the commitment, and said the state was already ‘stretched to the limit,’” according to the WSJ. “‘This is me as much as the President: I’m not going to sign a check until I know what the amount of the check is, and I’m not going to do it based on an Amtrak estimate.’”

The WSJ reported that Cuomo “questioned those cost estimates … and said he wished to seek bids from private contractors. He proposed restructuring the Gateway Development Corp., which oversees the program, to remove Amtrak in favor of a different, unspecified federal appointee. ‘I worked with Amtrak,’ Cuomo said. ‘To be charitable, I don’t believe Amtrak is the best vehicle to manage this project.’”

A USDOT representative resigned from the Gateway Development Corp. board in July 2017, leaving the agency with three trustees—Amtrak Chairman Anthony Coscia, and appointees of Cuomo and New Jersey Gov. Phil Murphy, both of whom are Democrats.

According to the WSJ, the Murphy Administration declined comment on Cuomo’s proposals. Amtrak Chief Commercial Officer Stephen Gardner said in a statement that the railroad is “refining” cost estimates for the tunnel “as engineering, design and engagement with the private sector advances. As for the future of the Gateway Development Corp., Amtrak supports the federal government rejoining us and the other current members of the GDC. As owner and steward of the Northeast Corridor, Amtrak will always remain involved in all aspects of Gateway for the benefit of the region and the nation.”

A GDC spokesperson said in a statement, “We applaud the efforts of Gov. Cuomo to get the most vital transportation infrastructure project in the country done.”

Cuomo told the WSJ that Trump was “receptive” to his proposal. The White House, in a statement, said the President “cares deeply for his home state” and “always appreciates the opportunity to engage.”

None of these innocuous statements said anything about a commitment toward funding Gateway.