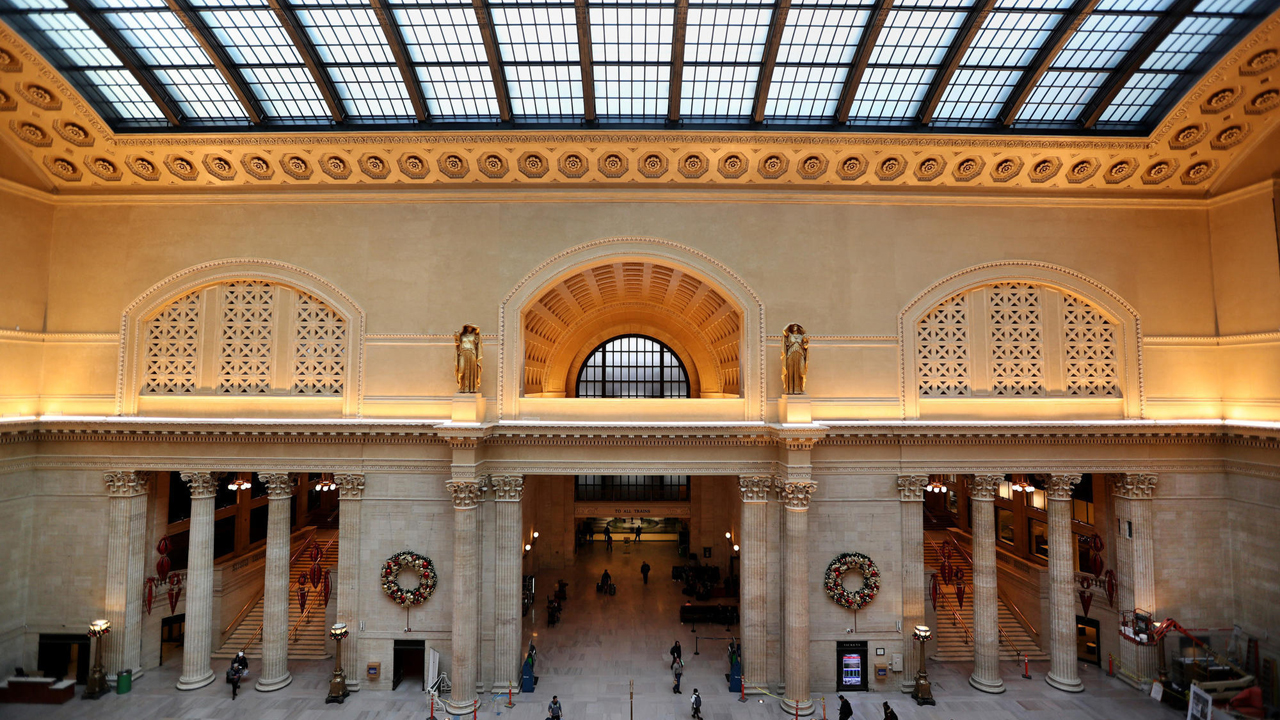 The project was largely completed in time for what are annually the most popular weeks of the year for Amtrak travel. With work conducted by Berglund Construction, architect Goettsch Partners devised a way to maintain usage of the Great Hall with a suspended working deck for most of the past 12 months.

Chicago Union Station was designed by architect Daniel Burnham and successor firm Graham, Anderson, Probst & White. The centerpiece of the Great Hall is the 219-foot-long skylight that soars 115 feet above the floor. It had deteriorated due to flaws within the original design that led to water damage to the walls of Great Hall space and to the skylight itself.

To maintain the historic appearance of the skylight from within the Great Hall, to protect it and to overcome problems with the original drainage system, a modern, energy-efficient skylight with 858 panes of clear high-efficiency glass was installed five feet above the original skylight. Natural light into the Great Hall is increased by about 50% by replacing the 2,052 pieces of glass in the historic skylight with a textured glass surface matching the original look.

A new elevator from Canal Street is now active, the first time there has been ADA-compliant access to the Great Hall from the west side of the street. The Henry Hering figural statues representing day and night have been restored and will be illuminated, 24 ceiling chandeliers restored and re-hung, and 27 historic reproduction light fixtures installed.

Amtrak will soon launching the next phase of the project, which will renovate and activate the west side of the room to provide more food service and retail space.

A new ChicagoUnionStation.com to improve station wayfinding and to book events will feature images of the renovated station when it debuts this month. Early in 2019, the site will host a documentary video centering on the restoration project while looking at the station’s past and highlighting its future, including a new Clinton Street entrance for improved Great Hall access and services. 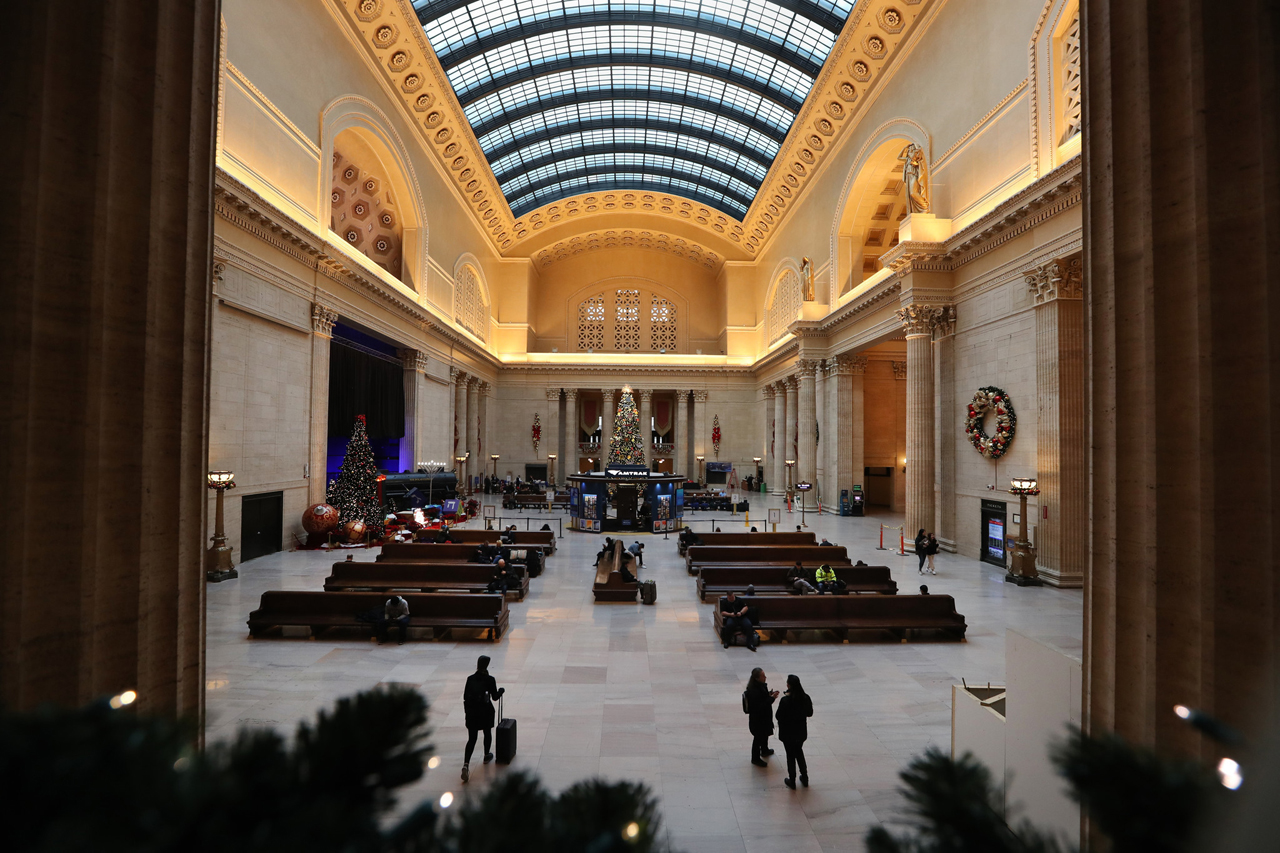