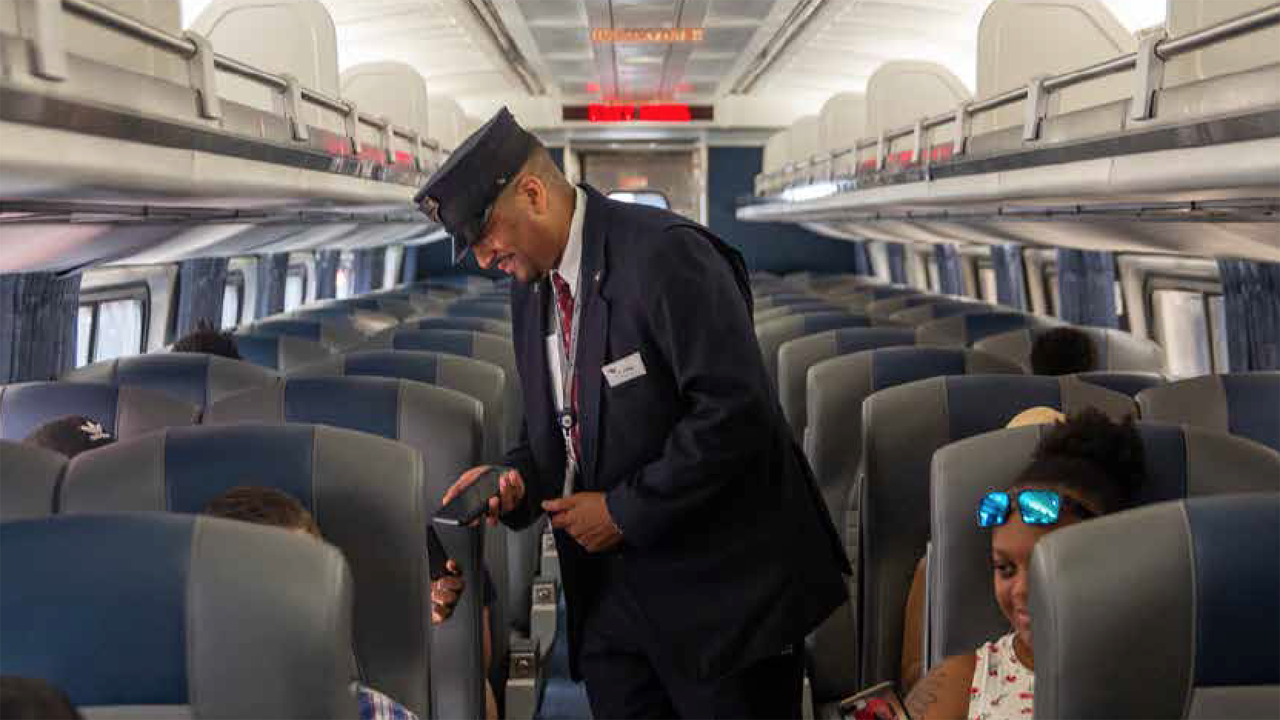 Amtrak proposes a federal investment of $75 billion over 15 years “to develop and expand intercity passenger rail corridors around the nation in collaboration with our existing and new state partners.”

Amtrak released its Corridor Vision on May 27. This rail economist recommends that readers balance the public relations statement with the rest of the missing story.

The catch? Amtrak proposes a federal investment of $75 billion over 15 years “to develop and expand intercity passenger rail corridors around the nation in collaboration with our existing and new state partners.”

That $75 billion is equivalent to modernizing the Panama Canal—by about 15 times! It is not impossible. But it is a huge hurdle.

Another hurdle: State governments also have to kick in funding for both capital and annual operating subsidies.

Among the items on Amtrak’s unfunded wish list:
• Amtrak’s target date is 2035/36—promising more trains to more cities and better service.
• “Envisioned” is more frequent, more reliable and sustainable intercity passenger rail service to 160-plus new communities.
• Market demand is projected to add 20 million more riders annually by around 2035.
• There is the potential for approximately 39 new routes.
• Some 25 existing routes will be enhanced.
• The overall economic benefit is projected at about $8 billion annually by 2035.
• Amtrak projects perhaps $195 billion in overall GDP economic activity.
• “If executed,” the initiative might create approximately 26,000 ongoing permanent jobs.

However, will this Amtrak vision cover payment of capital debt and interest? Not likely.

Amtrak admits it must continue to rely on the now half-century-old process of paying only minimal avoidable cost payments for what it says is a sustainable ongoing passenger business.

Here is a sampling:

Independent railway economist and Railway Age Contributing Editor Jim Blaze has been in the railroad industry for more than 40 years. Trained in logistics, he served seven years with the Illinois DOT as a Chicago long-range freight planner and almost two years with the USRA technical staff in Washington, D.C. Jim then spent 21 years with Conrail in cross-functional strategic roles from branch line economics to mergers, IT, logistics, and corporate change. He followed this with 20 years of international consulting at rail engineering firm Zeta-Tech Associated. Jim is a Magna cum Laude Graduate of St. Anselm’s College with a master’s degree from the University of Chicago. Married with six children, he lives outside of Philadelphia. “This column reflects my continued passion for the future of railroading as a competitive industry,” says Jim. “Only by occasionally challenging our institutions can we probe for better quality and performance. My opinions are my own, independent of Railway Age. As always, contrary business opinions are welcome.”