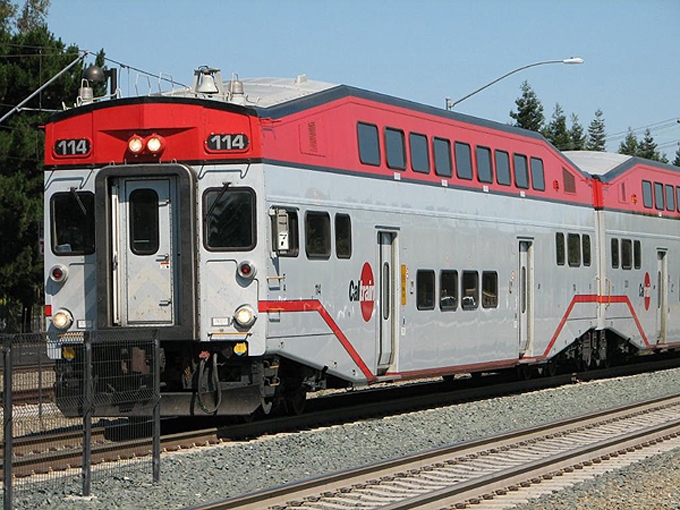 During its 2015 fiscal year, which ended June 30, 2015, Caltrain reached a record in total ridership of more than 18.5 million passengers., a 54.8% percent increase from just five years ago, when Caltrain carried 12 million riders.

“Caltrain’s packed trains confirm what riders already know: More people are using the train as their primary mode of transportation,” said Deputy CEO Chuck Harvey. “For nearly five years, Caltrain has been experiencing uninterrupted month-to-month ridership growth, and has become a vital resource for our customers. The demand for service has never been higher. These historic ridership levels look like they will remain on track and Caltrain will continue to work on increasing capacity to meet this growing demand.”

Earlier this year, Caltrain purchased 16 surplus Bombardier Bi-Level Generation 2 railcars from the SCRRA (Southern California Regional Rail Authority, operator of Metrolink) in response to growth in demand and “significant overcrowding” on many of its peak hour trains. Six-car trains have been assigned to the most popular trains during the peak period, but will operate during other times of the day as well.

Caltrain has already placed five of the 16 cars into service, following some maintenance and minor repair and conversion work. The other 11 cars require more extensive repair work and will be rolled into service as they are ready. Additional work includes converting a number of the new cars to accommodate onboard bicycle storage. When the conversion project is complete, Caltrain will add a third bike car to its Bombardier Bi-Level trainsets, bringing the total number of bike spaces available on those sets to 72. The agency hopes to begin bringing those additional bike cars online within the next year.