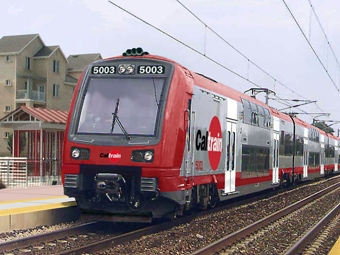 Caltrain on Friday, May 16, 2014 released an RFQ (Request for Qualification) for the electrification portion of its Modernization Program, which includes operating electric service with new, high-performance rolling stock between San Francisco and San Jose by 2019.

The RFQ is focused on the design and construction of the electric power infrastructure and is “an opportunity for design-build teams to go through a qualification process before the Request for Proposals (RFP) is issued,” Caltrain said. “The RFP for the electrification portion of the project is expected to be issued early next year, after the project has received environmental clearance. Only prequalified teams will be able to submit a proposal. The contract is expected to be the largest contract ever awarded by the Peninsula Corridor Joint Powers Board.”

“The Modernization Program will achieve the next generation of the railroad by transforming the existing diesel service into an electrified system that provides cleaner, quieter, improved service to more riders,” Caltrain noted. “Over the past decade, Caltrain has made important service improvements that have led to extraordinary ridership gains. Today, the system serves a record-breaking 54,000 riders on an average weekday. With commute-hour trains operating at capacity, Caltrain must modernize to sustain continued ridership growth and to meet the growing financial, social, and environmental needs of the communities it serves.”

Design-build teams can view the RFQ on the agency’s procurement website.

A video posted on YouTube gives an overview of the project.