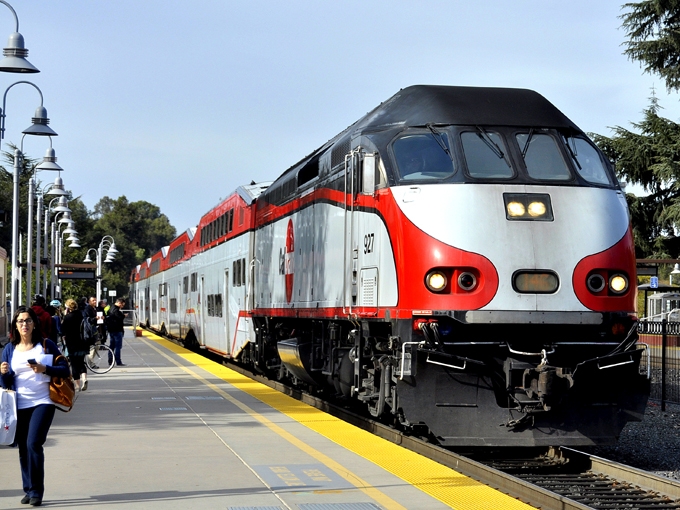 Caltrain's Board of Directors has unanimously approved balanced operating and capital budgets for Fiscal Year 2017.

The $146.4 million operating budget approved by the board includes $20.4 million in funding contributions from Caltrain’s three partners—the San Mateo County Transit District (SamTrans), the Santa Clara Valley Transportation Authority and the city and county of San Francisco. Reserves were used to balance the FY2017 budget as has been the case for Caltrain budgets over the last several years.

Caltrain‘s operating budget does not include a dedicated source of funding. Farebox revenue makes up approximately 60% of the budget. The remaining operating costs are made up through contributions from each of the three partner agencies and farebox proceeds that came in above projections from the previous fiscal year.

Caltrain says it continues to explore alternatives to address its ongoing structural deficit. In recent years, repayment of the funds SamTrans used to purchase the Caltrain corridor has been used to bolster member agency contributions, but this funding has been exhausted. Prior year savings cannot support the current deficit. Without dedicated funding or increased member contributions, Caltrain says it will not be able to operate existing service levels, despite more than five consecutive years of record-setting ridership growth.

In addition to funding challenges, ridership growth has created capacity issues and many trains are well over 100% capacity during peak commute hours. In response, last year Caltrain added new railcars to its most popular trains and this year a third bike car was added to the system’s trains. Caltrain says these service improvements are needed to accommodate growing ridership but they also require additional personnel, which increases the cost of operating the system.

The FY2017 budget also includes funding to improve the customer experience through the launch of a mobile ticketing app and development of real-time functionality. These improvements were based on recommendations from Caltrain’s Customer Experience Task Force, which is undertaking a comprehensive review of all customer service issues.

Going forward, Caltrain says it will continue to work with its partner agencies, the Metropolitan Transportation Commission and other stakeholders in an attempt to identify and secure a permanent, dedicated funding source for future operations.

Caltrain’s $250.9 million capital budget will be funded through a combination of federal, regional and state grants, along with $5 million contributions from each of its partner agencies.

The capital budget also includes funding for the Caltrain Modernization Program, which will electrify the railway by 2020, a process that will upgrade the performance, operating efficiency, capacity and safety of the system.