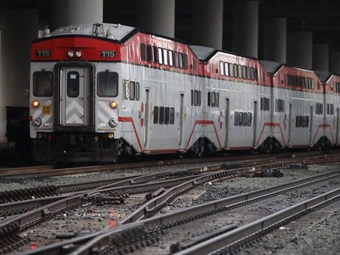 Caltrain will purchase 16 surplus railcars from Metrolink to extend trainset lengths and provide more capacity for standing-room only peak-hour trains.

The Bombardier Bi-Level Generation 2 railcars will be purchased from Southern California Regional Rail Authority, which operates the Metrolink service. While these cars are similar to the Bombardier vehicles Caltrain uses, they have been phased out of service on the Metrolink system and will require substantial rehabilitation. Caltrain said it could take up to one year to rehab the cars and place them into service.

The total cost of purchasing and renovating the equipment is $15 million. Caltrain said the majority of this funding will be covered by a farebox revenue bond; Caltrain will cover the remaining funds by reinvesting surplus farebox revenue into the railcar purchase. “Nearly four straight years of record-setting ridership growth also has resulted in record-setting farebox returns, allowing us to set some of that funding aside to help address the capacity issues,” the agency said.

The additional cars are intended to provide short-term capacity relief on peak-hour trains, which as a result of the ridership increase frequently experience standing-room-only conditions. “Customers are sometimes required to stand for lengthy periods during longer trips,” Caltrain noted.

Caltrain’s newer Bombardier equipment and Gallery trains are currently configured with five cars, which include two bike cars. Trains can carry between 550 and 650 seated passengers. The former Metrolink equipment will be used to expand a number of peak-hour trains to six cars. “Certain station platforms may be unable to accommodate the longer train sets,” Caltrain said. “We are reviewing this issue and plan to make platform improvements before putting the longer trains into service.”