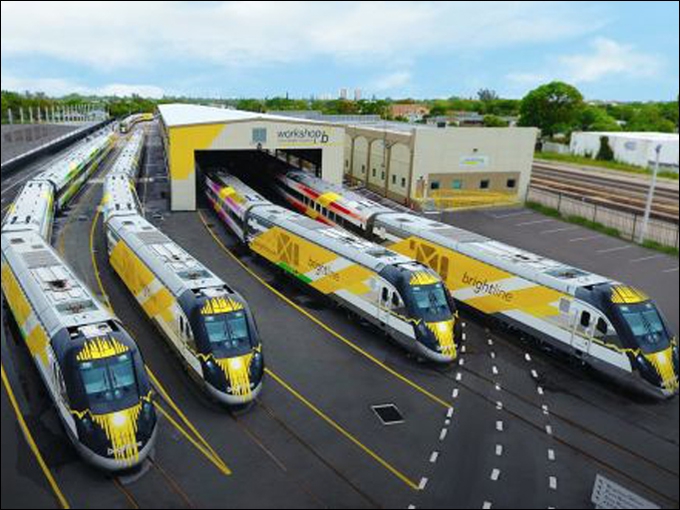 Brightline, Florida’s new private passenger operator, has announced that it will launch an introductory service between Fort Lauderdale and West Palm Beach during the week of Jan. 8.

Schedules and fares for the new service will be made available to prospective passengers when the operator’s new website goes live, the company subsequently said on Twitter on December 28.

The operator originally planned to offer the introductory service in July 2017, extending the introductory service to Miami in August ahead of the start of official operations the following month. However, the start of operations was delayed, and the operator has yet to announce when it will offer trains to Miami, or to its initial northern terminus at Cocoa Beach. It has been running a simulated service since December, running 10 round trips between Fort Lauderdale and West Palm Beach.

The service uses Florida East Coast Railway infrastructure, which has been upgraded to enable 79 mph operation on the 67-mile section between Miami and West Palm Beach. Trains are projected to operate up to 110 mph in the next 133-mile phase of the project to Cocoa Beach.

The initial service will be operated by five four-car stainless steel trainsets built by Siemens that feature a Charger locomotive at each end. The trains have capacity for 240 seated passengers and can potentially be lengthened to up to 10-car sets with Brightline’s parent company All Aboard Florida placing an order for 10 seven-car trains with seats for 356 passengers.

Ultimately, Brightline is looking to expand the service to Orlando International Airport by constructing a new 40-mile line west from Cocoa Beach. The company announced on December 22 that the United States Department of Transportation has approved a $ 1.15 billion private activity bond allocation and that it had secured the final two South Florida Water Management District permits to construct the new railway.

Brightline describes these as important steps as it plans to begin construction on phase two in in early 2018. The company says it is analyzing financing options for the second phase, including a Railroad Rehabilitation and Improvement Financing loan. It is currently finalizing engineering and design for infrastructure while it is working on installing Positive Train Control (PTC) for the complete network to Orlando. The system will be in place between Miami and West Palm Beach in 2018, and the entire network when the link to Orlando opens.