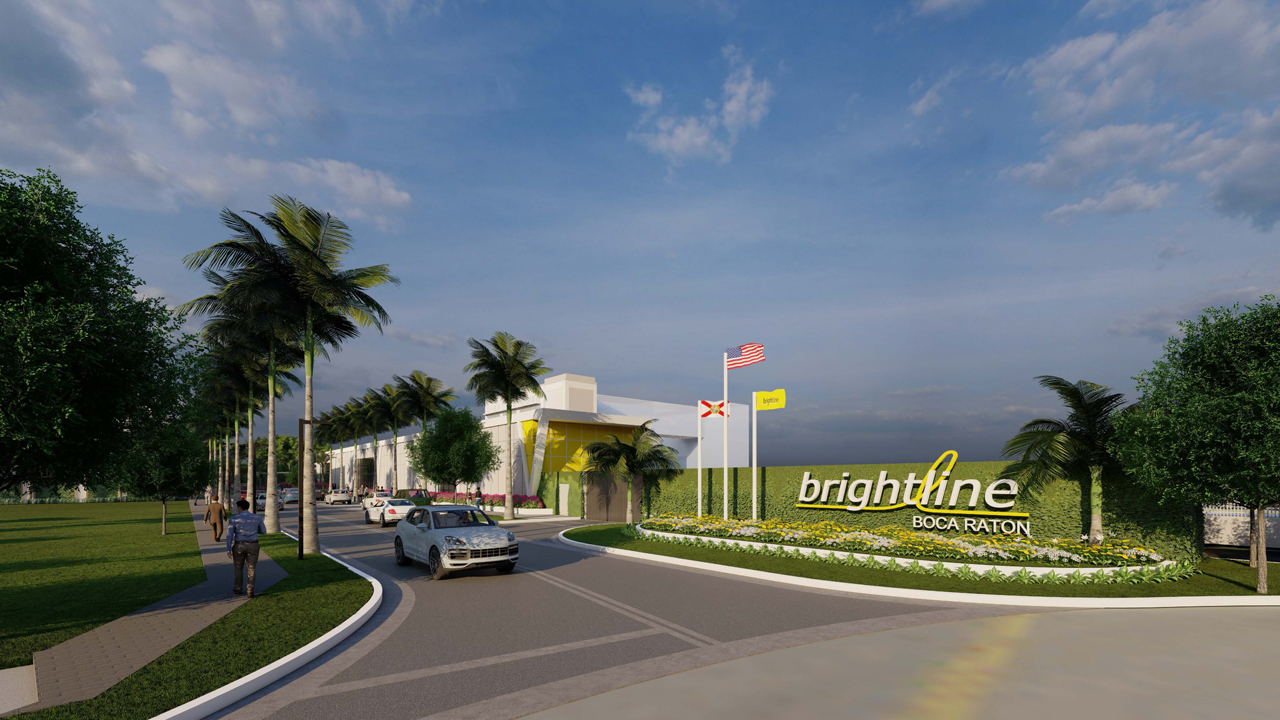 Brightline on Jan. 25 held a groundbreaking ceremony for its $56.2 million Boca Raton Station project; slated for completion this fall, the station is located on the private-sector passenger rail operator’s 67-mile line between Miami and West Palm Beach, Fla.

Brightline reported that a $16.3 million Consolidated Rail Infrastructure and Safety Improvements (CRISI) program grant, awarded by the Federal Railroad Administration in 2021, will help cover the station, garage and associated rail infrastructure costs. Additionally, a $9.9 million commitment from the city of Boca Raton will be used for the parking garage, which will serve both the station and the adjacent downtown library. (As part of its agreement with the city to build the new station, Brightline managed and funded the construction of a temporary library parking lot as well as a new community garden for the Junior League of Boca Raton; both were completed in October 2021.) The passenger rail operator said it would fund the balance of the Boca Raton Station project, approximately $30 million.

Brightline, which currently serves Miami, Fort Lauderdale and West Palm Beach along its Phase 1 route, said that it will open another station, in Adventura, this year (see map below). Its Phase 2, 170-mile extension to Orlando is more than 70% complete; construction is scheduled to wrap up by the end of 2022, with service starting in early 2023. (Daily crew training and qualifying test runs between West Palm Beach and Cocoa began earlier this month.)

“As a premier business and leisure destination, Boca Raton is a perfect fit for Brightline and will be an integral part of our network that will further connect the state of Florida,” Brightline President Patrick Goddard said during the Jan. 25 groundbreaking ceremony with local officials. “Brightline stations help enhance the local communities and economies where we operate and provide travelers with quick access to state-wide lifestyle and tourist destinations. We look forward to building a long and productive partnership with the Boca community.”

“Brightline will be a game-changer for Boca Raton, and especially our downtown,” Mayor Scott Singer said. “We look forward to welcoming the many riders who will work at our thriving businesses and visit our cultural, dining, and shopping attractions, and for our residents to connect to a major transportation network from Miami to Orlando.”

In related news, the first of five trainsets from Siemens Mobility arrived at Brightline’s Running Repair Facility in West Palm Beach on Oct. 14, 2021.