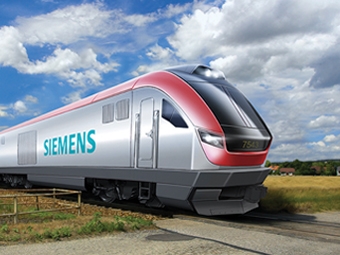 New locomotives and rolling stock have finally begun to arrive on the property. Suppliers and other Amtrak supporters say more is needed.

“Shovel-ready projects” were the buzzwords in 2009, when a new presidential administration suggested it valued Amtrak’s worth to the nation highly.

But even as such support has trickled through in capital dollars, and more-than-zero operating budget proposals, the literal nuts and bolts of the nation’s passenger railroad, its rolling stock, seemed mired in antiquity, with no quick-fix, “shovel-ready” solution at hand.

That’s finally beginning to change this year, as Amtrak began entering new locomotives and new passenger rolling stock into service in measurable and visible (if still modest) quantities. Financed by its congressional overseers, by a Midwest compact of states (aided by California), and even by Amtrak itself (through borrowing power), a range of gear is bound to first supplement, and eventually supplant, equipment that in many cases precedes Amtrak’s 1971 birthdate, sometimes by more than a decade.

Amtrak’s 130 Viewliner II cars are slowly appearing on the company’s network, mostly in the Northeast, as autumn began, as CAF USA continues producing the cars at its Elmira Heights, N.Y., facility. Most cars will be deployed on eastern long-distance routes, such as the Lake Shore Limited, Silver Star, and Silver Meteor, but the baggage cars will be used across the country, Amtrak says.

In late August, however, Amtrak acknowledged it had adjusted its Viewliner II order “to address business needs,” reducing the number of baggage-dorm cars from 25 to 10, while increasing baggage car production from 55 to 70.

CAF is expected to deliver all 130 Viewliner II cars by late 2015. “Capable of moving at speeds of up to 125 mph, the Viewliner II cars will be interoperable with the Viewliner I, Amfleet II (long-distance), Horizon, and remaining Heritage cars, as well as all Amtrak electric and diesel-electric road locomotives,” Amtrak emphasizes.

The sleeping cars include 11 roomettes, two bedrooms, and one accessible bedroom in accordance with Americans with Disabilities Act (ADA) requirements. Interior components, installed in a modular system, are being manufactured separately by RailPlan, Amtrak says.

Unlike the Viewliner I design (and predecessor Slumbercoach accommodations), the roomettes do not include toilets; passengers will share two restrooms and a shower at one end of the car, Amtrak says. Dining cars seat 46 and include full-service galley kitchens, while carts that roll on and off the cars allow for easier stocking via a side door.

More such equipment still is needed, observes Railway Supply Institute (RSI) President Tom Simpson. But from the rail supplier’s perspective, “The uncertainty and unevenness of investment in rail passenger equipment poses problems not just for Amtrak, but for its suppliers as well,” says Simpson, an ardent Amtrak supporter.

Simpson points to the combative congressional appropriations process as a major factor, noting Amtrak can’t plan adequately for long-term investment based on annual funds that may or may not exist. As “for the [Obama] Administration, intercity passenger rail was a big deal several years ago. I don’t think they’ve lost interest, but I don’t think they’ve followed through.”

New Amtrak equipment of any kind for the U.S. Midwest will rely in large measure on Midwest states themselves, joined by a very non-Midwest powerhouse, California, which will fund up to 175 bilevel passenger coaches for existing and future intercity routes linked by the Chicago Hub.

California and three Midwest states now plan to acquire an additional 45 bilevel cars from Nippon Sharyo. The states had ordered 130 cars that are being assembled in Rochelle, Ill. That contract provided add-on options at a slightly increased cost, depending upon car type. The order will now include 122 Midwest corridor cars and 175 California cars. The first of these cars are expected to enter service by 2016.

Says Midwest High Speed Rail Association (MHSRA) Executive Director and CEO Richard Harnish, “It’s exciting that there’s a new factory in Rochelle, assembling its own carshells with American steel.” He also notes that last month the state of Michigan resumed its pursuit for two sets of Talgo tilt-train equipment, with an eye toward Amtrak HrSR operations between Chicago and Detroit—in essence, pursuing a course that nearby Wisconsin Gov. Scott Walker scuttled. Says Harnish, “The governor of Wisconsin ran [his campaign] on killing Milwaukee-to-Madison rail service. Surprisingly, he’s now interested in boosting existing Amtrak service between Milwaukee and Chicago,” though the equipment that would protect such service has yet to be identified.In part that’s because Illinois, leading the Midwest passenger rail charge, is looking to add frequencies to Amtrak’s skeletal existing route network, such as Chicago to Detroit, while adding more routes, notably “moving forward with getting Amtrak service to Rockford [Ill.] and eventually into Iowa.”

Host freight railroads are an important consideration, however; Harnish notes any Amtrak service west “from Rockford to Dubuque,” Iowa, still requires a trackage rights agreement with CN. The Midwest also will benefit to a degree from Amtrak’s Viewliner order, he notes, primarily through the Lake Shore Limited.

Amtrak’s most pressing motive power requirements are on the Northeast Corridor, where its Acela Express high speed trainsets—which were plagued with early technical problems—are approaching 20 years old, and its electric locomotive fleet (with the possible exception of the Acela’s companion “motor,” the HHP8) has performed well beyond expectations, and far longer than originally thought.

The NEC’s time-honored old workhorses, the AEM-7s, affectionately called “toasters” or “Swedish meatballs” (owing to their Scandanavian origin), are being put out to pasture and replaced with a new thoroughbred, the Siemens-built ACS-64. Seventy of these new-generation locomotives are entering revenue service; they’ll eventually become the mainstay of NEC motive power.

The ACS-64 can accelerate 18 Amfleet coaches with a Head End Power (HEP) load of 1,000kW to 125 mph in just over eight minutes. It features an integral monocoque wide-body, double-cab suited for push-pull operation, and designed to allow compression forces of 800,000 pounds of buff load.Instead of a “conventional” mechanical safety concept in accordance with American Crash Standard AAR S-580 with collision and corner posts, the ACS-64 features a front end Crash Energy Management (CEM) system that provides better safety to crews while offering the advantage of lower weight and better reparability.

Since the NEC has three different a.c. catenary voltages, the ACS-64 is designed for 25kV 60Hz, 12.5 kV 60 Hz, and 12 kV 25Hz. Traction and locomotive control is performed by the Siemens SIBAS® 32 control system. The ACS-64 contains a 100% redundant HEP and AUX inverter system. It can operate at full speed at 100% traction power with one failed HEP inverter, or with a potential delay with one or two traction inverter or traction motor failures. Regenerative braking up to 100% rated power is possible, depending on the actual receptiveness of the grid. Main line electric locomotives typically spend approximately 8% of operational time in electrical brake mode, and given today’s average electrical energy cost, this, combined with efficient electrical components, can add up to considerable energy savings.

On July 2, Amtrak issued an RFP for up to 28 next-generation high speed trainsets to replace its Acela Express equipment. The RFP followed a decision by Amtrak and the California High-Speed Rail Authority not to seek a joint order of HSR equipment. Current manufacturers of HSR equipment, defined as “manufacturers with equipment in commercial operation at speeds of at least 160 mph,” have submitted bids, which were due Oct. 1.

The performance-based specification for these trainsets states that they must be capable of meeting or exceeding current Acela Express trip times on the existing NEC infrastructure and offer 40% more seats.

Despite its technical problems, Acela Express service has proven exceedingly popular with passengers and has handled steadily increasing demand. Ridership is up 7% from a year ago, and trains are often sold out, especially during peak periods.

While the new electric equipment for the NEC may be Amtrak’s most glamorous, two new diesel-electric locomotive models are being built for services in California, the Midwest, Pacific Northwest, and other areas by EMD (using a parent company Caterpillar prime-mover) and Siemens (with a Cummins powerplant).

The Siemens “Charger™” passenger locomotive, scheduled to debut in 2016, is the company’s first North American diesel-electric locomotive. An initial 32 units have been ordered for Amtrak operations in the states of Illinois, California, Michigan, Missouri, and Washington. The Charger™ is powered by a Cummins 4,400 hp (3,281 kW)-rated 16-cylinder Tier 4-compliant QSK95 and is capable of a top speed of 125 mph.

The order is worth $225 million and includes options for another 225 locomotives—75 for use in regional services and another 150 for intercity services. The initial 32 locomotives will be manufactured at the Siemens plant in Sacramento, Calif.

Both of these higher-speed locomotives are compliant with PRIIA 305-005 Next Generation Locomotive specifications.