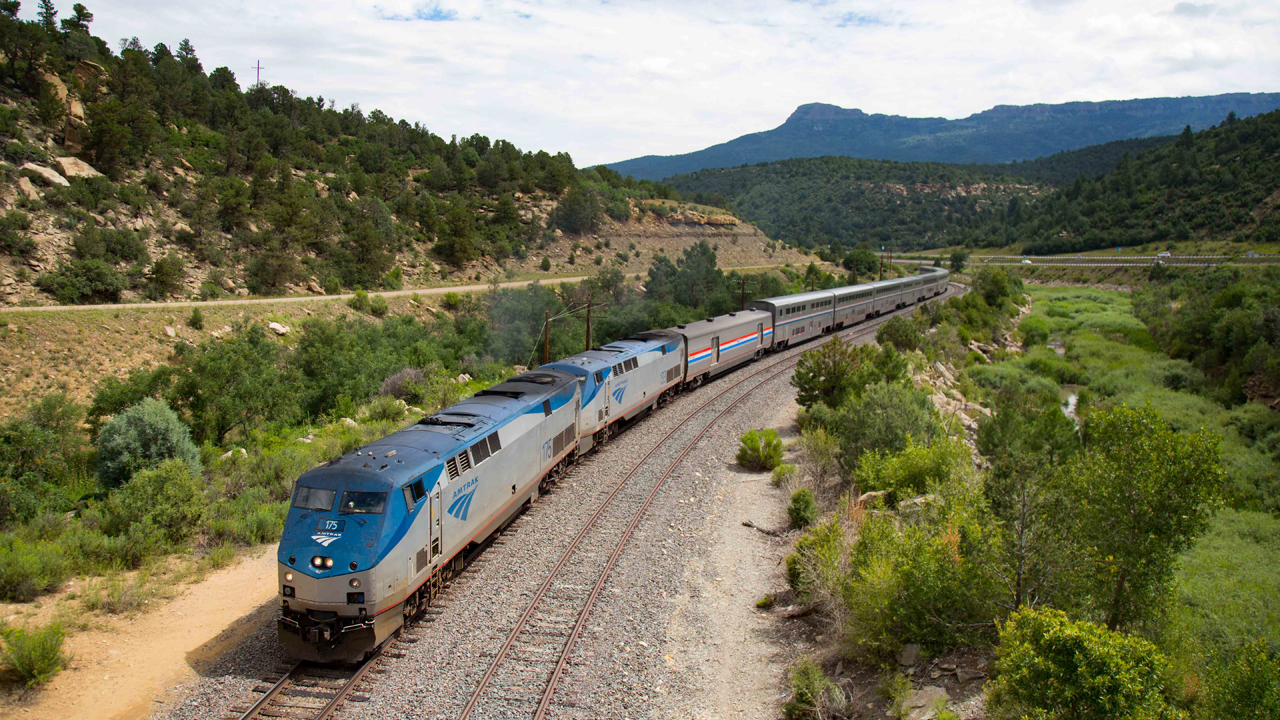 Amtrak on Sept. 15 reported that it “is working to quickly restore canceled trains and reaching out to impacted customers to accommodate [them] on first available departures,” following its cancellation of Long Distance trips and some State-Supported frequencies this week “in preparation for a possible freight rail service interruption” that has now been averted.

A nationwide freight rail shutdown has been averted, which could have impacted intercity passenger rail service as early as Sept. 16 if labor and management could not reach a negotiated settlement over amending contracts covering wages, benefits and work rules.

Amtrak CEO Stephen Gardner released this statement on Sept. 15: “This tentative agreement [between the freight railroads and rail labor unions] will keep our trains moving, stations bustling, and employees proudly serving customers as we move them across this great country, stimulating local economies in more than 500 communities we serve. Railroads play a vital role in the nation and we thank President Biden, Secretaries Buttigieg, Walsh and Vilsack, the major freight railroads and rail labor unions for their hard work and commitment to get this deal done. Thank you also to our customers for their patience and understanding, and we look forward to welcoming them back on the rails starting today and tomorrow.”

Amtrak on Sept. 12 explained that freight railroad-labor “negotiations do not involve Amtrak or the Amtrak workforce. While we are hopeful that parties will reach a resolution, Amtrak has now begun phased adjustments to our service in preparation for a possible freight rail service interruption later this week. Such an interruption could significantly impact intercity passenger rail service, as Amtrak operates almost all of our 21,000 route miles outside the Northeast Corridor (NEC) on track owned, maintained, and dispatched by freight railroads. These adjustments are necessary to ensure trains can reach their terminals prior to freight railroad service interruption if a resolution in negotiations is not reached.”

Late on Sept. 13, Amtrak said that suspended services starting Sept. 14 would include the City of New Orleans, Coast Starlight, Crescent, Lake Shore Limited, Silver Star, Sunset Limited and Texas Eagle, and that it would notify additional customers scheduled to be on upcoming trains about the possibility of disruptions. Amtrak reported that it would “only operate trains this week that we can ensure will have enough time to reach their final destinations by 12:01 a.m. on Friday, Sept. 16.”

Late on Sept. 14, Amtrak reported that for Sept. 15, all Amtrak Long Distance Trains are canceled. Additionally, some State-Supported frequencies have been canceled for the evening of Sept. 15 on the following services (check Amtrak.com for specific train/details): Capitol Corridor, Amtrak Cascades, Heartland Flyer, Illinois Service, Michigan Service, Pacific Surfliner (partial), Piedmont, San Joaquins, Springfield Service (north of Springfield), and Virginia Service. Amtrak said it will “notify impacted and potentially impacted customers about this situation, and will change customer’s reservation to another travel date, waiving any difference in fare for departures through October 31, or provide a full refund without cancelation fees, upon request. Service updates for Friday, Sept. 16 will be announced on Thursday [Sept. 15].”

“Most travel within the Amtrak-owned Northeast Corridor (Boston-New York-Washington) and related branch lines to Albany, N.Y., Harrisburg, Pa., and Springfield, Mass. would not be affected,” Amtrak said on Sept. 14. “Acela would operate a full schedule, and only a small number of Northeast Regional departures would be impacted. In addition, Empire Service between New York and Albany; Keystone Service between New York and Harrisburg; the Amtrak Hartford Line between New Haven and Springfield, Mass.; and the Downeaster between Boston and Brunswick, Maine, will operate as scheduled.”

“At this writing, it is 3 p.m. EDT on Sept. 13, and the deadline for the impending strike against the host railroads where Amtrak trains run is 57 hours away. Everybody on the rail scene is watching the latest developments. That might include some of the folks who have made plans to ride Amtrak during the next few days (personal note: I am one of them).

“While a few such riders might be ‘Amtrak-watchers’ or rail fans who keep up with news on the railroad, most travelers who have booked trips on Amtrak are not fully aware of the uncertainty they face.

“The statement from Amtrak (reported above) was not sent out through normal distribution channels to members of the media. It is difficult to fathom why Amtrak would keep it under wraps like that, because it does not contain any misinformation, and it states correctly that Amtrak is not involved in the negotiations that will determine whether or not the railroads keep running.

“As part of the preparation for this story, I checked the Amtrak website at 11:30 a.m. EDT this morning and at 1:15 p.m. EDT this afternoon. As the Amtrak statement said, the Western trains to Chicago (and the Sunset Limited from Los Angeles to New Orleans, which was not mentioned in the statement) were canceled. This move is fully understandable, since Amtrak has reason to make sure that its trains are not stuck far from home when a work stoppage could cripple the railroad at any time.

“By 1:15 p.m. EDT, a statement similar to the one reported above, but shorter, was posted on the Amtrak website. It stressed that the Northeast Corridor (NEC) and its branches, along with Downeaster trains between Boston and Maine, would not be affected. There was nothing incorrect or sensitive in Amtrak’s statement, so why was it not posted sooner? That would have informed riders of impending difficulties beyond Amtrak’s control in a way that would have given them more time to cancel their trips or make alternate plans.

“As of this writing, there will not be any trains leaving the East for Chicago tomorrow, either, in addition to trains from the  West Coast. That is a bit more difficult to understand, because the Eastern trains would be able to tie up in Chicago before the strike deadline on Thursday night (Sept. 15). Even more difficult to understand is that the ‘reservations’ section of the Amtrak website continues to show trains leaving every day from Chicago for the East, except for the Lakeshore (Train 48) tomorrow (Sept. 14).

“With the current shortage of long-distance equipment, will Amtrak be able to make up trains in Chicago when there is no incoming train scheduled earlier that day? The same question can be asked about trains to and from the West or the South.

“It looks like Amtrak is deciding to cancel trains on a day-by-day basis. That generates a great deal of suspense for the riders who had planned their trips, but they will have to live with it. Still, even though Amtrak may not be able to promise that any particular train will run as scheduled, it would not have cost anything for Amtrak to have been more forthright with customers earlier. If riders suffer because of the impending strike, Amtrak will suffer, too.

“As a veteran Amtrak rider, I understand the situation, and I believe most other riders would, also. This is really a case where Amtrak has nothing to hide, even though I suppose I will have to give up my plans to ride Amtrak in Upstate New York on Friday (Sept. 16) and make alternate plans, too.”