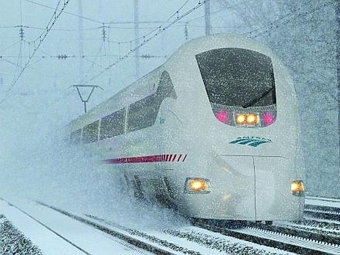 Amtrak said Wednesday, July 2, 2014 it has officially issued its Request for Proposals (RFP) for up to 28 next-generation high speed trainsets to replace its current Acela Express equipment on the Northeast Corridor (NEC).

Amtrak expects the new gear to be “capable of meeting or exceeding current Acela trip-times on the existing NEC infrastructure,” and added, “The new equipment is intended to have 40% more seats per train than current trainsets.”

Current manufacturers of HSR equipment, defined as manufacturers with equipment in commercial operation at speeds of at least 160 mph, will be eligible to submit bids, Amtrak said. Responses are due by Oct. 1, 2014, an Amtrak spokesman informed Railway Age.

The move comes as Amtrak’s Acela Express service struggles to handle increasing demand. Amtrak said Acela Express ridership is up 7% from a year ago and trains are often sold out, especially during peak periods. On 25 occasions so far in fiscal year 2014, which began Oct. 1, 2014, the number of daily trips on Acela topped 14,000. That’s compared to five times in FY13, Amtrak noted.