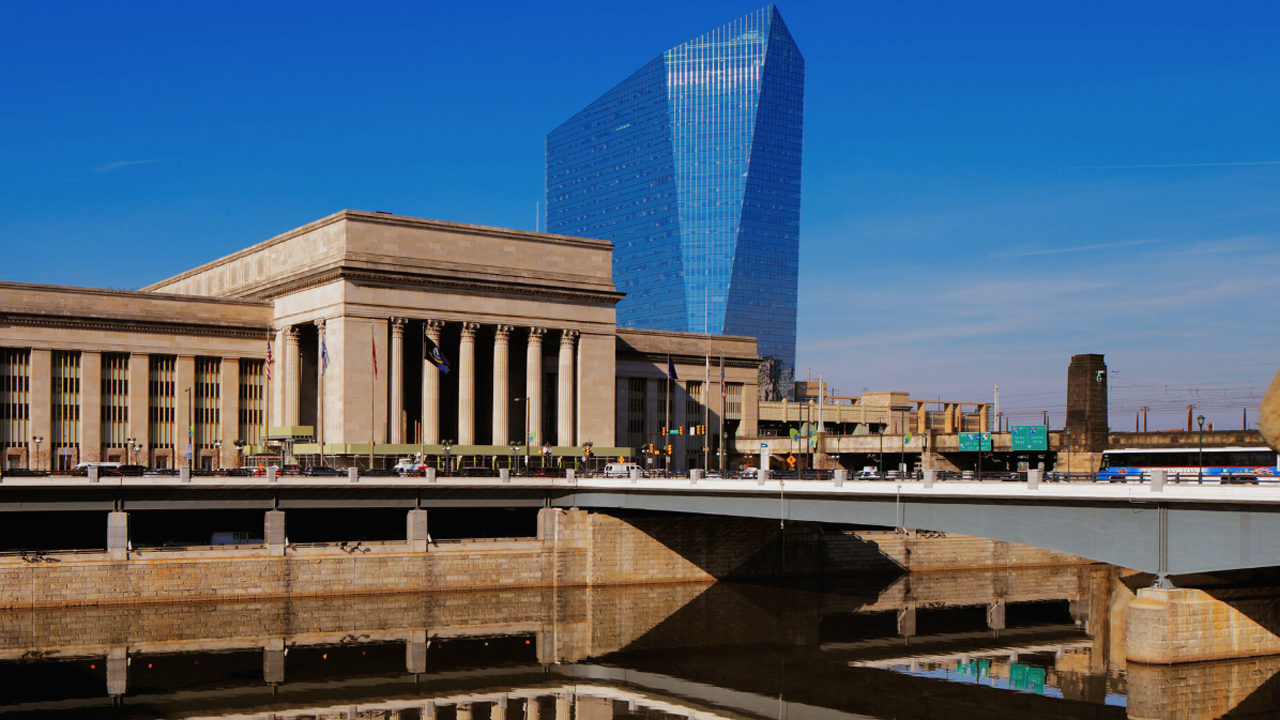 Amtrak has finalized a deal with the master developer for the William H. Gray III 30th Street Station Redevelopment Project in Philadelphia.

On Sept. 15, Amtrak reported that it had reached financial close on a lease and development agreement with the Plenary Infrastructure Philadelphia (PIP) consortium for the restoration and renovation of the Gray 30th Street Station. PIP—selected by Amtrak in June 2020 through a competitive procurement—will refurbish and improve the historic, nearly 100-year-old building; finance those improvements; and maintain the station for a 50-year term, the railroad said. The project’s cost has been estimated between $300 million and $400 million.

Renovation work is expected to begin in 2022 and be complete in 2025 (see timeline below).

The building—which opened in 1933 at 2955 Market Street by the Pennsylvania Railroad—is listed on the National Register of Historic Places. Congress passed legislation in 2014 to rename the 30th Street Station in Rep. William H. Gray III’s honor, commemorating his “lifelong commitment and service to the United States and to international human rights,” according to Amtrak and PIP. The late Rep. Gray (August 20, 1941-July 1, 2013) represented Pennsylvania’s 2nd congressional district from 1979 to 1991.

PIP will be responsible for:
• “Bringing the overall station into a state of good repair.
• “Providing expanded retail offerings to meet the needs of travelers and the local community.
• “Enhancing operational efficiency through reconfiguration and modernization of back-of-house facilities to accommodate projected increases in ridership.
• “Significantly enhancing the quality of customer experience with an emphasis on convenience, usability and comfort.
• “Rejuvenating the historic station as both a customer-oriented gateway and civic destination by celebrating and enhancing the facility’s unique and iconic Neoclassical and Art Deco design.
• “Completing a renovation of the corporate office spaces in the upper levels of the station.
• “Operations and maintenance of the existing building, beginning on Sept. 1, 2021.
• “Creating an expanded and modernized concessions experience, with high quality retail and food and beverage offerings for travelers and employees.”

“This important milestone in the Gray 30th Street Station Redevelopment Project is part of Amtrak’s overall strategy to enhance the customer experience and operations at our major stations,” Amtrak Executive Vice President of Planning and Asset Development Dennis Newman said. “The scope of this work will transform this historic Philadelphia landmark into a modern world-class station with superior amenities, better intermodal connectivity and new customer-facing improvements over the next five years.”

“We look forward to our long-term partnership with Amtrak and ensuring an improved customer experience for travelers and visitors to this historic station,” said Dale Bonner, Executive Chairman of Plenary Concessions Americas.

SMBC, a member of SMBC Group, reported on Sept. 17 that it closed $246 million in term loans for the lease and redevelopment of the William H. Gray III 30th Street Station. “SMBC was the sole coordinating lead arranger, hedge coordinator and administrative agent on $246 million of Senior Secured Credit Facilities for Plenary Infrastructure Philadelphia LLC,” the company said. “Proceeds from the transaction are being used to partially finance Plenary’s redevelopment of the historic train station, including both the retail space and Amtrak offices.”

“SMBC originally provided a commitment to underwrite the project’s bank debt in March 2020 before the full impact of COVID-19 was known,” said Michael Tranter, Executive Director of SMBC Global Structured Finance. “Throughout a nearly 18-month commitment period, SMBC remained bullish on the long-term viability and essentiality of the station redevelopment, eventually increasing its commitment to the project.”