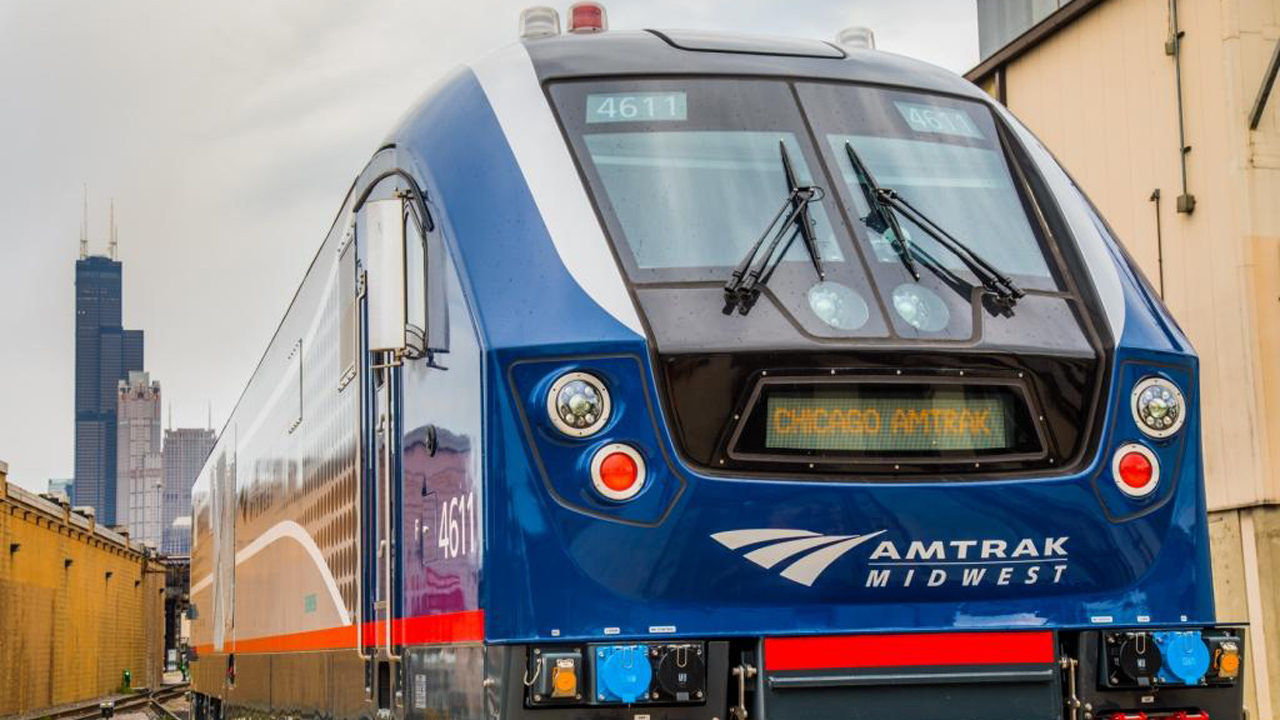 The state of Michigan-supported Amtrak Wolverine has been operating with one daily roundtrip after two other frequencies were temporarily suspended in March 2020 due to the pandemic. The second roundtrip will return July 19. (Marc Glucksman, Amtrak)

Amtrak and the Michigan Department of Transportation (MDOT) will increase the maximum speed of Amtrak Midwest service to 110 mph on more of the Detroit/Pontiac-Chicago corridor starting May 25, and add another Wolverine roundtrip on July 19.

They reported May 17 that the federal government greenlighted the accelerated speed along certain sections of track between Amtrak stations in Kalamazoo and Albion. This is due to infrastructure improvements and successful Positive Train Control (PTC) testing on 45 miles of MDOT-owned track. (See map below.)

It is the second phase of MDOT and Amtrak-led improvements along the 304-mile Detroit/Pontiac-Chicago corridor, which will ultimately result in shorter trip times, according to the service partners. The first phases led to the same maximum speed increase (110 mph) on Amtrak-owned track between Porter, Ind., and Kalamazoo. More incremental speed increases will occur between Albion and Dearborn over the next several years following infrastructure improvements, they added.

“This expansion of 110-mph service is a major milestone in developing one of the high-performance ‘spokes’ of our Amtrak Midwest hub, centered in Chicago,” said Joe Shacter, Amtrak’s Senior Manager for State-Sponsored Corridors. “Our 50th anniversary year at Amtrak also is the 47th year of our Michigan partnership, and the prospects for further service improvements in the Great Lakes State have never been greater.”

The state-supported Amtrak Wolverine has been operating with one daily roundtrip since the two other frequencies were temporarily suspended in March 2020 due to the pandemic. The second roundtrip will return July 19. “As travel demands increase and COVID-19 vaccination rates rise in Michigan, Amtrak and MDOT will examine restoring the third Wolverine roundtrip,” the service partners reported.

Starting later this year, new Siemens Mobility “Venture” passenger cars will be deployed on all Amtrak Michigan trains and other Amtrak Midwest corridors. Four of the 88 cars ordered were tested on the Wolverine route in January 2021.