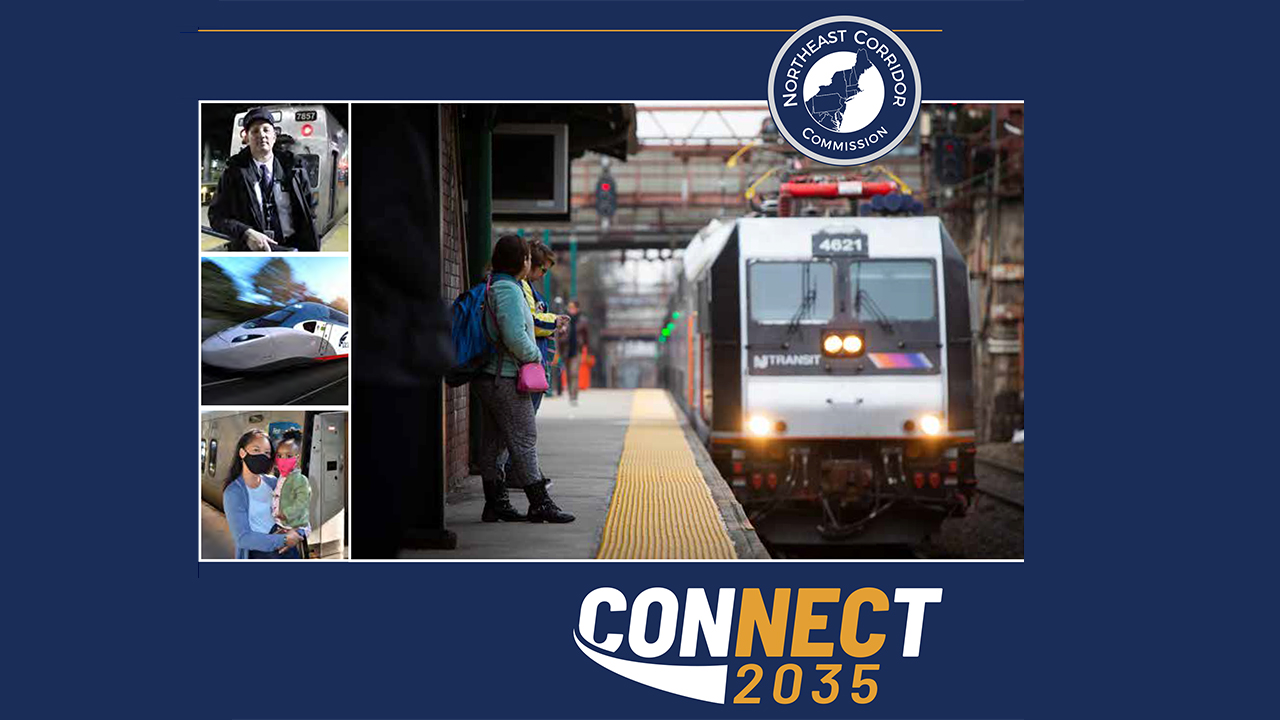 The Northeast Corridor Commission on July 14 released CONNECT NEC 2035 (C35), a, $117 billion, 15-year plan “representing the most ambitious reinvestment program in the NEC’s history, and a new way of planning” for it.

The “new way” is described as “a multi-agency, multi-year, shared action plan guided by a long-term vision.” The state governments of the Northeast, the federal government, eight commuter rail agencies and Amtrak worked together through the NEC Commission “to develop a detailed and efficient sequencing of infrastructure investments covering 150 projects and capital renewal efforts along the corridor. Implementation of C35 will result in a modern and resilient railroad with safe, reliable, and more frequent service; connections to new markets; and reduced travel times between communities.”

The NEC Commission said it “supports a strong federal-state funding partnership to fund C35. The total investment needed to implement C35 over the 15-year period is estimated to be $117 billion in 2020 dollars, and the funding gap is approximately $100 billion, to be shared between the federal government and states. To maximize the detailed sequencing laid out in C35 and provide the certainty needed to make long-term investments in workforce development and equipment procurement, multi-year funding needs to be predictable and should fund the plan, rather than individual projects.”

C35 is also the first phase of the long-term vision for the corridor established in the Federal Railroad Administration’s 2017 NEC FUTURE plan, making significant improvements to NEC rail service for both existing and new riders, on both commuter rail systems and Amtrak. C35, the NEC Commission notes, would result in “a renewed NEC with the following benefits for a thriving Northeast region”:

“Improving the NEC rail system is a vital multi-state effort” said Deputy Federal Railroad Administrator and NEC Commission Co-chair Amit Bose. “C35 is a sequenced plan and a mobilizing force that not only puts people back at work renewing the NEC, but also supports new travel patterns as our economy returns to full strength.”

“The corridor supports more than 800,000 daily passenger trips between the greater Washington D.C. and Boston regions,” NJ Transit President and CEO and NEC Commission Co-chair Kevin Corbett. “It is imperative that together we seize this once-in-a-generation opportunity to replace aging assets, add rail capacity, improve performance, and enhance the customer experience along the entire corridor through the advancement of the vital and ambitious C35 plan.”

“C35 represents a big step toward the high-quality rail network our nation and this vital region deserve,” said Amtrak President Stephen Gardner. “The investments in infrastructure laid out in this plan will lead to more modern, reliable and faster trains, expanded service, and a better customer experience that will benefit customers, economies and local communities along the entire Northeast Corridor and beyond. Amtrak stands ready to join forces with our partners and help deliver the C35 plan.”

Several other NEC Commission members weighed in on C35.

The complete CONNECT NEC 2035 plan and territory fact sheets are available at www.nec-commission.com/connect-nec-2035/.

Congress established the Northeast Corridor Commission in 2008 (49 U.S.C. §24905) “to develop coordinated strategies to improve the Northeast’s core rail network in recognition of the inherent challenges of planning, financing, and implementing major infrastructure improvements that cross multiple jurisdictions. The expectation is that by coming together to take collective responsibility for the NEC, Commission member agencies will achieve a level of success that far exceeds the potential reach of any individual organization.”

The NEC Commission is governed by a board comprised of one member from each of the NEC states—Massachusetts, Rhode Island, Connecticut, New York, New Jersey, Pennsylvania, Delaware, and Maryland—and the District of Columbia; four members from Amtrak; and five members from the U.S. Department of Transportation. The Commission also includes non-voting representatives from freight railroads, states with connecting corridors and commuter rail operators.