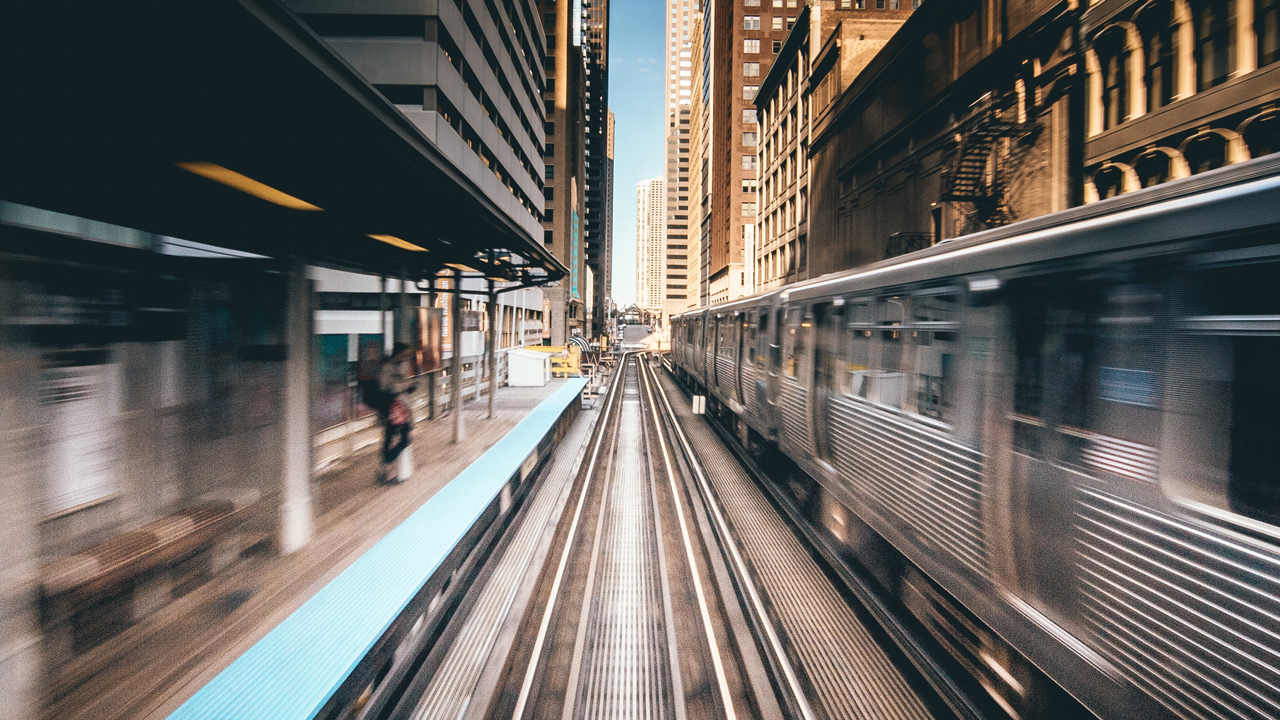 Statewide vehicle miles traveled (VMT) finished the first year of the pandemic down 15% vs. pre-pandemic levels. And ridership for Chicago-area transit systems—which account for nearly 85% of all transit trips in the state—was down an average of 50-90%, ILEPI found. For June through December 2020, year-over-year ridership declines remained 50%-60% for bus services, 77% for Chicago Transit Authority (CTA) rail, and 89% for Metra commuter rail (see chart below).

“Because the historic [six-year, $45-billion] Rebuild Illinois [capital infrastructure] plan doubled the motor fuel tax, the good news is that despite the drop in VMT, Illinois is still generating $800 million more in gas tax revenue than it was prior to the [June 2019] passage of the capital plan,” reported Mary Tyler, Transportation Analyst for ILEPI and author of the study, COVID-19 & Transportation Funding in Illinois: One Year Later. “The bad news is that because of the decrease in VMT, gas tax revenue still ended up being $308 million less than was projected pre-pandemic.”

Tyler also reported: “According to publicly available data, local sales taxes generated $96 million less for the RTA [Regional Transportation Authority] between March and November 2020 compared with the year prior.”

In response to COVID-19, both CTA and Pace suspended fare collections in early April 2020, lasting through mid-June, according to the study. This, plus reduced ridership, resulted in a significant decline in farebox revenues across all Chicago-area systems, the study found.

The ILEPI study noted that the recent passage of the American Rescue Plan could help minimize the pandemic’s near-term financial impacts, as it includes an estimated $1.5 billion in transit funding for the Chicago region to help with RTA operating expenses and payroll through 2023, as well as $7.5 billion for state governments and $5.5 billion for local governments.

The study also suggested that broader economic changes—such as increased access to remote work and distance education opportunities—could have longer-lasting effects on travel patterns and transportation revenues across the state.

“According to the U.S. Census Bureau, 35% of Illinois workers who commuted prior to the pandemic are now working from home,” Tyler said. “And over the last year, we have actually seen average morning commute times decrease in the Chicago area, even as midday traffic increased. To ensure the effectiveness of infrastructure investments as we return to a new normal, this will be an area that demands further study and responsive policy-making in the coming years.”