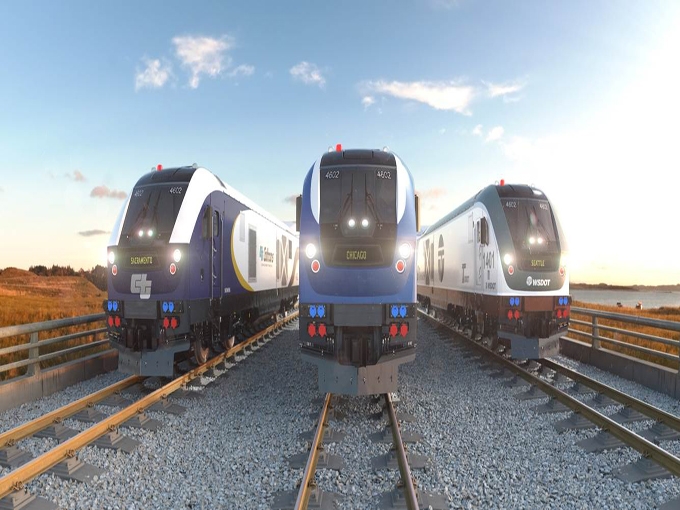 The first engine has been installed in a new Siemens Charger locomotive, moving the Washington State Department of Transportation (WSDOT) one step closer to obtaining the state-of-the-art machines, the agency announced March 10, 2016.

Siemens USA is building new diesel-electric locomotives for six states, including Washington. The new locomotives will power the Amtrak Cascades service that runs from Eugene, Ore., to Vancouver, B.C., and is jointly administrated by WSDOT and the Oregon Department of Transportation. The new locomotives will have higher acceleration rates and top speeds, lower emission rates, on-board positive train control safety features and greater reliability.

Last month, the first locomotive engine was installed—a major step for the multi-state purchase agreement. Siemens released video footage to commemorate the milestone and give an idea of the size of the massive 4,400-horsepower Cummins QSK95 engine that was lowered into the locomotive body by crane.

The first locomotive shown in the video is being built for Illinois. WSDOT’s eight Charger locomotives are scheduled to be delivered later this year and, following extensive testing and commissioning, will be in service in early to mid- 2017.

“The future of passenger rail service is rolling into the Pacific Northwest with these state-of-the-art locomotives,” said WSDOT Rail Director Ron Pate. “They are truly impressive machines that will be more effective, produce fewer emissions, and will keep our expanded service operating reliably.

The $65.8 million locomotive purchase is part of a larger $800 million federal grant to improve passenger rail service. Once complete, the Cascades High-Speed Capital Rail Program will add two more daily round trips between Seattle and Portland, reduce travel time between the cities by 10 minutes and increase on-time performance to 88%.