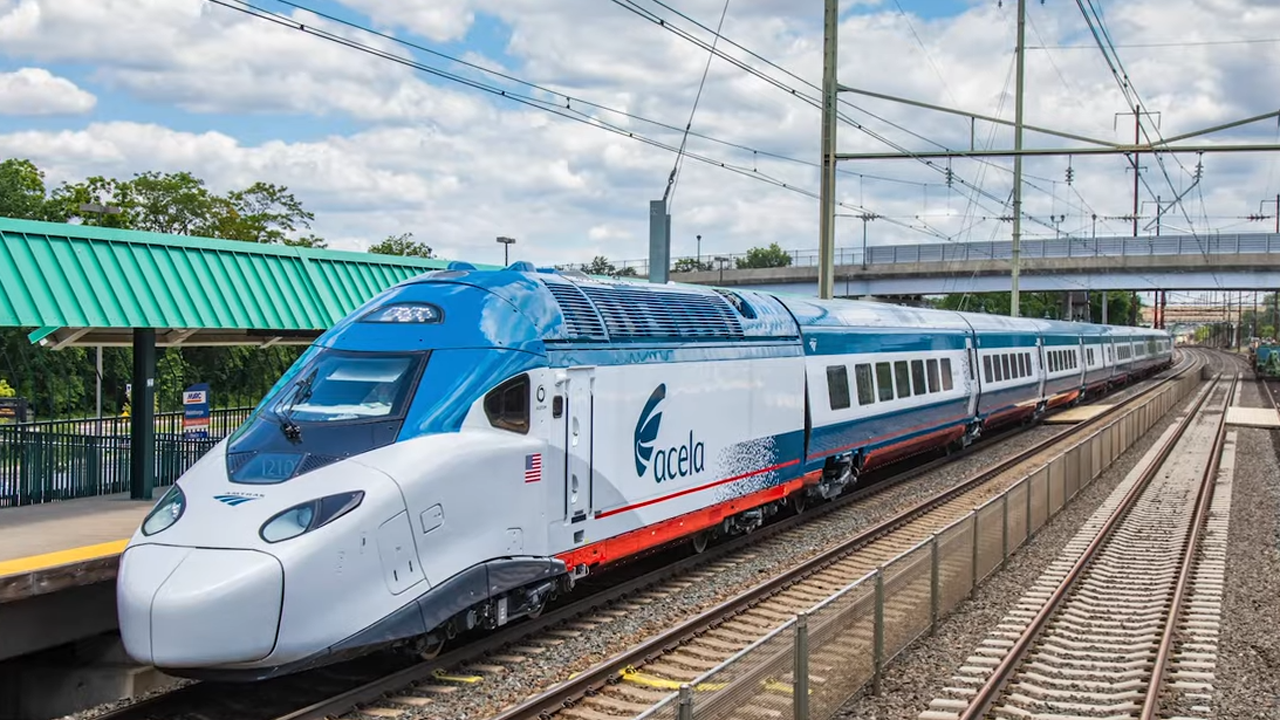 “The first trainsets are expected to enter service in early Spring 2022,” Amtrak Director, Media Relations & Business Communications Christina Leeds said. “The scheduled has been slightly impacted, due to COVID-19 and additional testing. Due to minor design modifications implemented post-initial-static-testing, we performed a second round of static testing.

“Material supply chain issues did occur, and as state and federal guidelines were presented, these needed to be evaluated and adopted until a ‘new normal’ was established. In some cases, this meant either temporary cessation of production, or reduced headcount production, until additional guidance could be provided.

“Due to some modifications to make the trainset handle curves better, and to identify additional needed characteristics, a new round of stationary testing was done. Speed testing last year was successful; however, some of the control systems on the trainset needed to be tuned to get the systems to work harmoniously with the NEC track and catenary system. The speed tests that were successfully performed were a first stage; a second stage of speed testing will be performed this year to certify the train at a higher and final safe revenue speed. COVID has also presented challenges that required technical collaboration solutions.

RA: With regard to catenary, are you referring to the variable-tension system south of New Haven, Conn. (“south end”), which for the most part was designed and installed by the Pennsylvania Railroad in the 1930s? The constant-tension system installed on the New-Haven-Boston section (“north end”) is pretty much state-of-the art.
AMTRAK: To get the pantograph to respond to both types of catenary, and the varying heights on the south end to accommodate freight traffic, the catenary solution on the train is actually two different control configurations, one for the north end, one for the south end. Aerodynamics were also developed: A pair of foils are installed that provide similar lift, regardless of leading/trailing configuration, and at varying heights.

RA: “Modifications to make the train handle curves better” (i.e. curving performance): Can you give us some details? Are you talking  dampers, bolsters, wheel profile, degree of tilt, carbody articulation equipment, etc.?
AMTRAK: Mass was added to the extremity ends of each car, and additional anti-roll bars were added to the key car/café car. These were added to lower the center of gravity over specific wheels, and to distribute load on wheels in curves.

Editor’s Commentary: It’s clearly evident that, based on the above responses, the legacy, high-maintenance and failure-prone (chiefly due to temperature extremes) variable-tension catenary on the NEC’s south end has caused the most headaches for the new trainset’s designers and engineers. This catenary system, designed and installed more than 80 years ago, was state-of-the-art for its time, and has held up remarkably well, accommodating hundreds of intercity and commuter trains every day. But it is clearly out of date and needs to be replaced with constant-tension equipment. That will cost billions, but it’s a necessary step that will require the appropriate level of investment from the federal government (USDOT owns most of the NEC) becoming available.

Alstom’s trainset is state-of-the-art, a vast improvement over the current Bombardier/Alstom-built equipment, which, though popular with customers (including yours truly), has been plagued with problems during its 20-plus-years of service. Most of those problems, which cropped up during testing in the late 1990s, had to do with the equipment’s heavy, 25-ton axle loads: excessive wheelset wear, cracked yaw damper brackets, inboard disc brake rotor failures, to name a few. The weight problem gave the current trainset its nickname, “The Fast Pig.” The revenue service delay lasted at least a year.

The new Alstom trainset is lighter, articulated, and incorporates CEM (crash energy management) technology. Axle loads are 17 metric tons. It’s also far more rider-friendly. Taking COVID-caused problems into account, a delay of a few months isn’t all that bad. I think it will be well worth the wait. And, for the record, I deeply appreciate Amtrak’s responsiveness to my questions. – William C. Vantuono