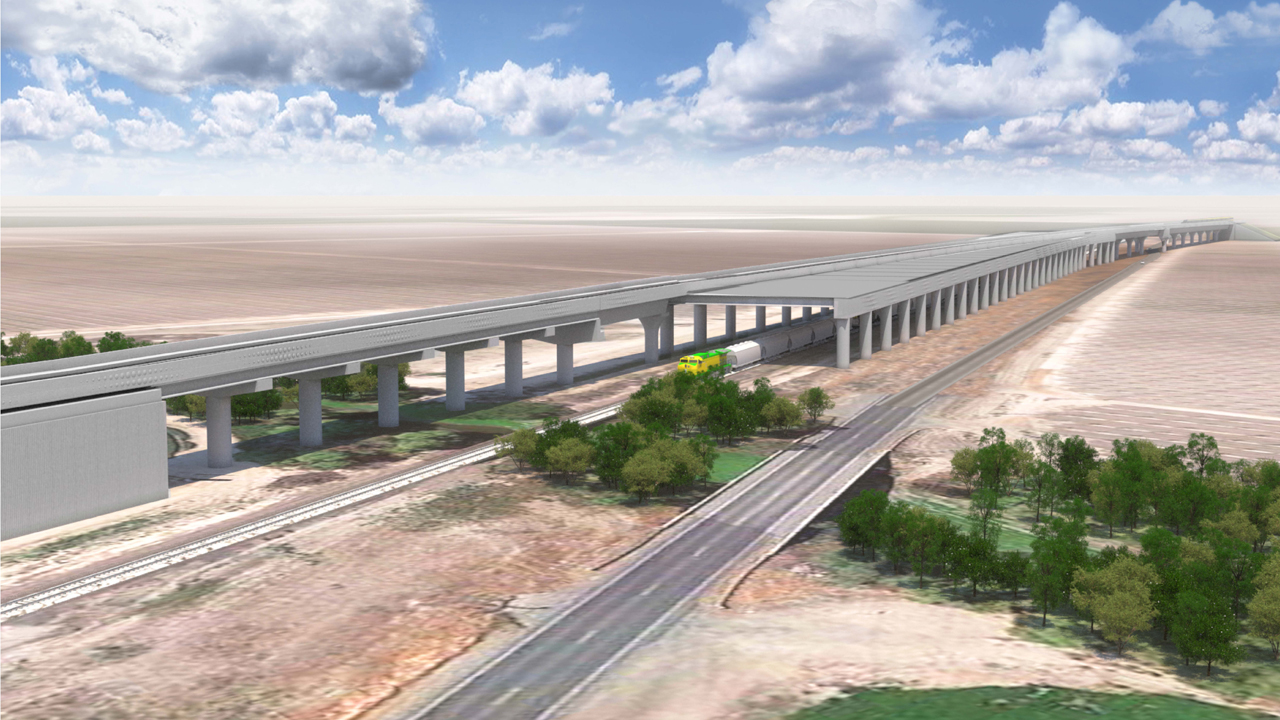 At the Avenue 144/Tule River Viaduct (rendering shown above) in Tulare County, “crews from Martinez Steel are tying rebar for a multi-cell reinforced box culvert, a structure that will allow water and wildlife to cross below the high-speed rail alignment. More than 800 cubic-yards of concrete will be placed for the base of the culvert. When completed, the culvert will be more than 12-feet high, 112-feet wide, and 101-feet long,” according to CHSRA.

After receiving 250 comments on its Revised Draft 2020 Business Plan, the California High-Speed Rail Authority (CHSRA) has adopted it.

The revised plan—slated for final approval last year but repeatedly delayed due to the pandemic—was released in Feb. 9, affirming the development of the electrified Merced-Fresno-Bakersfield high-speed rail interim service line, while advancing environmental reviews and current investments in local and regional infrastructure projects, according to CHSRA. The 30-day public comment period closed March 12.

CHSRA reported that the final plan, which is expected to be submitted to the state legislature on or before April 15, includes these priorities:

• Begin testing trains by 2026-27 and put them into service by the end of the decade.

• “Environmentally clear” all segments of the Phase 1 system between San Francisco and Los Angeles/Anaheim.

• Advance construction on the “bookend” projects, valued at more than $3 billion, to which CHSRA has committed funding in Los Angeles and the Bay Area.

• Pursue additional funding opportunities to “prospectively ‘close the gaps’ and expand electrified high-speed rail service to the Bay Area and Los Angeles/Anaheim as soon as possible.”

“The strategy outlined in this plan presents a clear path toward completing construction in the Central Valley,” CHSRA CEO Brian Kelly said. “We are committed to continued progress as an organization and look forward to working with our federal, state and local leaders to bring high-speed trains to California within this decade.”