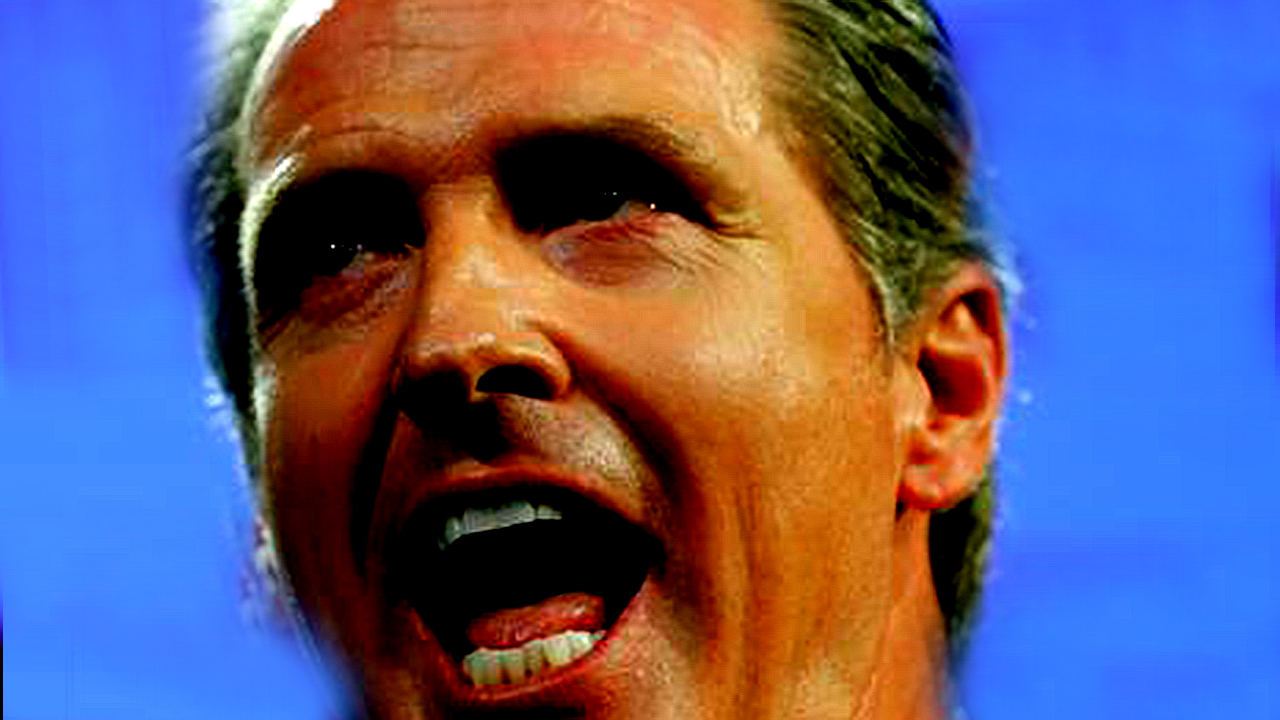 California Governor Gavin Newsom issued a statement on May 14 about how the Golden State would spend an unexpected $100 billion surplus. The theme of Newsom’s program is “California Roars Back” and began with his top priorities: “The California Comeback Plan has one goal: Hit fast-forward on our state’s recovery by directly confronting California’s most stubborn challenges.” Transportation was not among them.

The “stubborn challenges” are:

The only mention of transportation came at the end of the statement in connection with new infrastructure: “Creating a modern transportation system: The California Comeback Plan includes an $11 billion investment to build a modernized and sustainable transportation system for the next century—roads, bridges, high-speed rail, ports and public transportation, including projects for the 2028 Olympics.”

The governor’s statement was short on detail, but Don Thompson reported for the Association Press that, in addition to the standard highway spending, “the plan also includes improving public transportation and encouraging more use of zero-emission vehicles along with $4.2 billion for the state’s high-speed rail project, using bond money that voters approved in 2008 to eventually link the Los Angeles and San Francisco Bay areas.”

On its face, the governor’s proposal looks much like a traditional infrastructure giveaway, part of a massive program that might or might not have been shaped by the election recall campaign he’s facing blaming him primarily for his handling of California’s COVID-19 pandemic in the state. The statement mentions “roads and bridges” first, high-speed rail next, and “public transportation” last, notably in connection with the upcoming 2028 Olympics in Los Angeles.

What do we know about California’s transportation picture today that we did not know prior to May 14? Not much. Neither Caltrans, the state’s transportation department, nor the California High-Speed Rail Authority (CHSRA) has issued any press releases since April, so it appears that neither considers the governor’s announcement particularly important. This, coupled with the governor’s low-priority mention of “transportation” and lack of detail, raises questions about just what has really changed.

Thompson’s AP report continued: “Officials said it’s enough money to complete construction [of high-speed rail] in the more sparsely populated Central Valley, as well as do advance work on service between Merced and Bakersfield and fund planning and design for the rest of the project.” So, the dream of building south of Bakersfield remains alive, but substantive reports still do not mention how the line would go there or when. There is still no assurance that it ever will, which will still depend on the state’s finances.

On Feb. 21, 2019, I commented on the apparent demise of this nation’s high-speed rail (HSR) dream in a commentary entitled Whither (Wither) High-Speed Rail?. Since that time, little has changed. Brightline is now talking seriously about taking its proposed trains from Las Vegas into Los Angeles through a connection with Metrolink, the region’s regional railroad. That is a step in the right direction, but nothing else has occurred that brought the issues concerning HSR to a positive resolution. As of a May 6 Congressional hearing on the subject (High-Speed Rail Debate Continues—in Congress), the mode, and even the topic of it, remain controversial. Concerning the infrastructure itself, California officials are still talking about HSR in the Central Valley, an area served by conventional trains today on the San Joaquin Corridor. There is no talk about building any sort of passenger line south of Bakersfield and directly into Los Angeles Union Station. The historic Southern Pacific route through the Tehachapi Pass is scenic but slow; that segment of the trip is now a bus ride, and has been ever since the San Joaquin corridor was established in the 1970s. If the proposed HSR line terminates at Bakersfield, getting into Los Angeles still will be slow. Even the $4.2 billion in state funds that Newsom proposed for the project is still only 6% of its expected total cost.

There is a political change, though. My prior commentary was written in response to an announcement from the FRA that a previously approved grant for the project would be withdrawn, because the project would not make a 2022 deadline for partial completion. Since then, the CHSRA sued the Feds to reclaim the $929 million at issue. That grant would have constituted 1.33% of the $70 billion cost of the entire project, as estimated at that time. The California Attorney General’s Office had claimed that the FRA lacked the authority to revoke the grant.

The political climate has changed, and the Biden Administration is promoting infrastructure projects for the purposes of enhancing “infrastructure” itself, and for creating jobs. Biden himself stresses the latter aspect, frequently mentioning the prospect of adding more “good union jobs” to the economy.

So now, the Justice Department is negotiating with California officials in an effort to settle the suit. In anticipation of such a settlement, FRA Administrator nominee Amit Bose said, “DOT and the State of California have engaged in productive settlement negotiations over the past several weeks and the Department is encouraged by the progress between the parties; we hope to be able to reach a final settlement in the near future. In recent months, the State has voiced a commitment to advance this pioneering project, which aligns with the Biden-Harris Administration’s priorities as well as those of the American Jobs Plan: economic opportunity, equity, and combatting climate change.” That was Bose’s entire statement, which contains no substantive information.

Even if California gets some or all of that money back, it still will not bring the HSR project back to its original core mission of connecting Los Angeles and San Francisco; much less add branches to San Diego in the south and Sacramento in the north—a situation that will do little to quell local opposition or to improve mobility for Californians and visitors who will want to take a train all the way between the City by the Bay and the City of Angels.

There is also the issue of the opportunity cost of building mega-projects like California HSR or the Gateway Program on the Northeast Corridor. The entire $621 billion national transportation proposal would include $85 billion for transit (which would include both rail and non-rail projects like busways) and $80 billion for repairing and upgrading Amtrak, especially the NEC. Transportation Secretary Pete Buttigieg said that there would be no increase in gasoline or mileage user fees from motorists to pay for the program.

Even with the new push for infrastructure, much of which would benefit motorists and not riders on Amtrak, transit, or potential high-speed trains, a series of grants that would cover half the potential cost of the Gateway Program would use up almost 20% of the potential $80 billion available, and similar grants for half the cost of the California HSR project would use up 41% of the proposed transit fund. Even if there were another source of funds for California HSR, this figure provides a baseline comparison to the amount of money that would be available for a somewhat-similar set of projects.

The bottom line is that huge grants for mega-projects suck up so much of the available money that smaller projects don’t get built, even though they may do more to improve mobility in their local areas than California HSR would for California or the entire Gateway Program would for New Jersey and New York City. Part of the cost-effectiveness of one set of projects depends on which other projects must be sacrificed.

Elsewhere in his statement, Newsom mentioned projects in the Los Angeles area, as part of preparing for the 2028 Olympics. The city hosted the Games twice before: in 1932 and again in 1984. There was still plenty of rail transit the first time, and there was no new rail transit built the second time. In fact, there was no rail transit at all in 1984; initiatives like Metro Rail and Metrolink did not start until the 1990s.

There is an existing initiative for transportation improvements in the region generally known as “Twenty-Eight By ’28”; a comprehensive multimodal program, with a list that can be found at http://media.metro.net/projects_studies/resources/images/att_a_28x28_list.pdf. Only 20 of those projects would actually be completed by 2028 as listed in the document, and at least six are rail projects:

There are other projects that could be rail-oriented, but could also be busways, since the document’s generic project titles do not always list clearly which is which.

Nobody doubts that the Los Angeles area has made great strides in re-establishing rail transit during the past three decades, with more under construction. The city is becoming more livable, with downtown making a notable comeback, assisted by air pollution reduction created in part by a reduction in motor-vehicle use. The projects now under construction should help keep these positive trends going.

Does that mean it would be cost-effective, or even useful, to build special transit infrastructure just for the Olympics? Probably not. The games themselves last for only a few weeks, and events do not necessarily take place at locations that will need rail transit afterwards. There have been instances where cities that hosted the games experienced long-term financial woes paying back the debt they incurred to host them. Fortune Magazine reported in 2016 that they turned a profit only when Los Angeles hosted the Olympics in 1932 and 1984, making that city’s experience unique (the article can be found at https://fortune.com/2016/08/10/olympics-financial-disasters/). Other cities did not do as well. Jennifer Wills questioned the cost-effectiveness of hosting the games in Investopedia in 2019, in an article entitled The Economic Impacts of Hosting the Olympics (and which can be found at https://www.investopedia.com/articles/markets-economy/092416/what-economic-impact-hosting-olympics.asp). She cautioned: “Hosting the Olympics tends to result in severe economic deficiencies for cities. Unless a city already has the existing infrastructure to support the excess crowds pouring in, not hosting the Olympics may be the best option.”

That advice may not hold for the City of Angels, given its unique experience with the Games, but building new infrastructure was not part of the cost for the first and second events, and it probably should not be for the third, seven years from now. That is not to say that the city should not build the projects now in the plan. With or without the Olympics, transit has fueled L.A.’s resurgence, which nobody could have predicted when I first visited there in 1979.

If Gov. Newsom wants to continue on the path established by Mayor Eric Garcetti and former Mayor Tony Villaregosa, Angelinos would reap the benefits, Olympics or no Olympics. He does not need the Games as an excuse to build transit that the city and its residents and visitors can use, and he should not use the Games as an excuse to waste money on projects with a useful life of only a few weeks.

As for the HSR project, nothing has really changed. Even getting all of the $929 million that the Feds, under Trump, offered and then withdrew in 2019 in itself would not materially advance the project. It would cost far more than that to build the most-needed segment of the proposed line, between Bakersfield and L.A. Union Station. In the meantime, there is not even a proposal to build such a line for conventional trains between Bakersfield and the northern end of Metrolink service at Lancaster, which would allow through service on today’s San Joaquin corridor. That would cost far less than a high-speed line through such mountainous terrain. It seems that the State’s official position can be summarized as “HSR or Bust!”

Even if the FRA forks over the $929 million after all, the outcome would still probably be the latter alternative, at least until politics change enough to bring a sufficiently robust conventional passenger-rail network to this country to “pave the way” (please forgive the metaphor) for true HSR.

Governor, how far would $929 million go toward upgrading the existing conventional rail line in the Central Valley, and how close would it bring your state to a new line between Bakersfield and L.A.? Some of the advocates in your state would like to know. Many potential riders probably would, too.