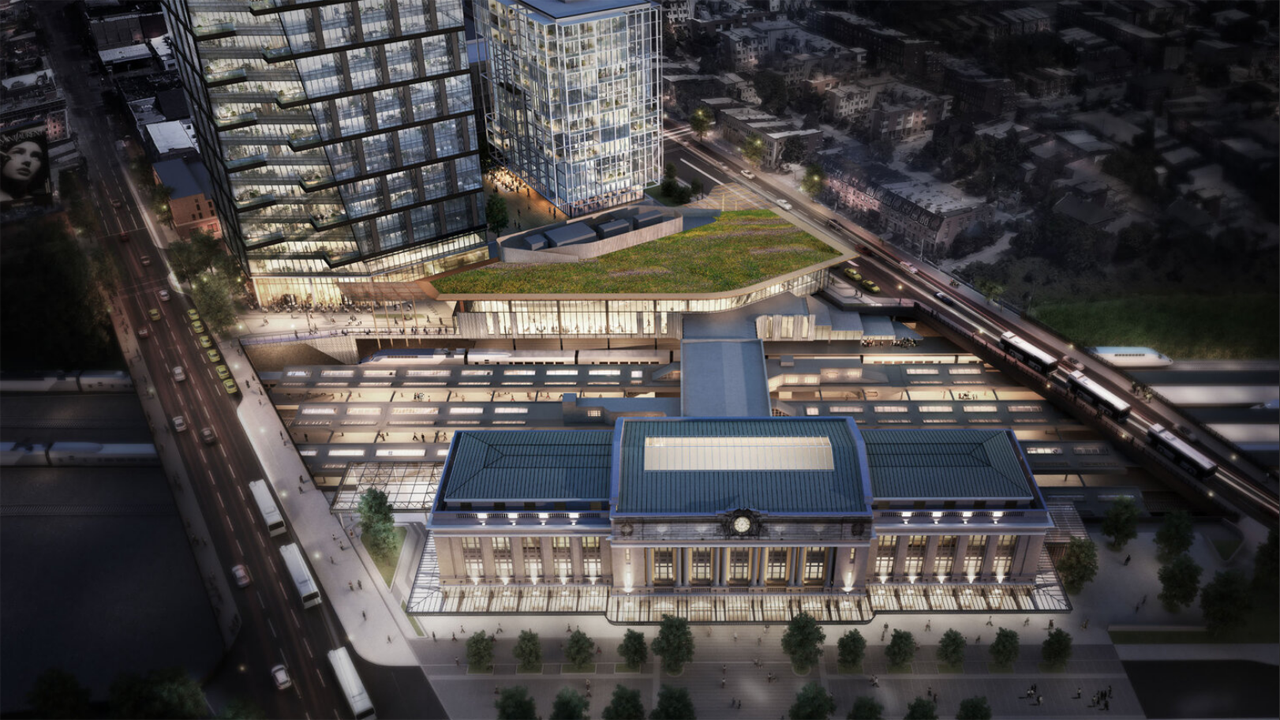 The last major renovation of the 110-year-old Baltimore Penn Station was in 1984. Pictured above is a rendering of the state-of-the-art redevelopment of the historic station, including its expansion. (Image: Gensler)

Amtrak and Penn Station Partners on Oct. 22 held a groundbreaking ceremony for redevelopment and expansion of the historic Baltimore Penn Station on the Northeast Corridor in Maryland.

The master conceptual plan first calls for the full historic preservation of Baltimore Penn Station, which was built in 1911. Working closely with Amtrak, the development team will make vital core and shell improvements to the station.

The station’s last major renovation was completed in 1984 as part of the Northeast Corridor Improvement Project. Pre-pandemic, more than 3 million Amtrak and MARC riders moved through the facility each year. Its redevelopment will better accommodate ridership growth and improve the customer experience, Amtrak reported.

In addition to the station improvements Penn Station Partners is delivering, Amtrak is making platform improvements to accommodate its new Acela high speed trains, which are scheduled for launch next year. It is rebuilding a low-level platform into an ADA-compliant high-level platform as well as constructing a new platform. This work, along with a renewed overhead electrical system and an upgraded 30-mile stretch of track between Baltimore and Washington Union Station, will enable operation at higher speeds, Amtrak said. The railroad noted that the upgrades would improve on-time performance for high speed train operations.

Platform construction work has already begun and building façade renovations will start later this year. Expanding the station onto the Amtrak-owned Lanvale lot is projected to commence in spring 2022.

“Construction will continue in phases to complete the station renovation and expansion over the next few years,” Amtrak reported.

“Today we begin a new chapter for Baltimore Penn Station. In partnership with Penn Station Partners, we are set to transform Penn Station into a premier regional transportation hub,” Amtrak CEO Bill Flynn said. “This construction will serve as the catalyst to transform surrounding vacant land already owned by Amtrak into a mixed-use, transit-oriented development with up to 1 million square feet of new office, retail and residential space.”

“The redevelopment and revitalization of Baltimore’s Penn Station and the surrounding district is critical to the economic health of the city,” Cross Street Partners CEO Bill Struever said. “We are fully committed to realizing the potential of this station as a true anchor for the growth of the local community and the city of Baltimore, and we are immensely grateful for the support of Amtrak as we continue laying the groundwork for this important project.”

“We applaud Amtrak and Penn Station Partners on commencing this transformational station rehabilitation,” Federal Railroad Administration Deputy Administrator Amit Bose said. “This project is the embodiment of President Biden’s Build Back Better agenda. Baltimore residents, businesses, as well as those traveling on MARC and Amtrak will all benefit from a modern and fully accessible facility.” 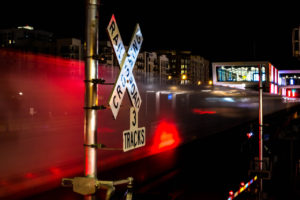